The penultimate episode of HBO’s Hard Knocks: Los Angeles begins quietly inside Sean McVay’s office. The Rams head coach has been handed a cell phone showing harrowing imagery, viral footage of a police officer in Kenosha, Wisconsin, shooting an unarmed 29-year-old Black man, Jacob Blake, seven times in the back. “Are you kidding me?” he says out loud, mixing in some expletives and staring confusedly at Artis Twyman, the team’s senior director of communications. “That makes me sick.” Normally energized and upbeat, McVay slumps into his chair and pauses to reflect on what he’s just witnessed.

It’s a striking moment, one that Tim Rumpff, now in his third year directing the Emmy-winning series, knew would change the tenor of that week’s episode. Over the next couple of days, following the lead of the Milwaukee Bucks, teams across multiple sports leagues forced the postponement of games and practices, reigniting a conversation about racial injustice. Rumpff and his NFL Films crew scrapped their previous plans and adapted on the fly. “In different meetings and around the practice field, we started picking up certain things — players aren’t just talking about football right now,” Rumpff says. “At that point, you realize this show is going to be something very different than [what] we’ve ever done.”

Before the global pandemic interrupted 2020, Hard Knocks was already preparing for a unique 15th season. Instead of highlighting one team, the show (which wraps up this Tuesday) announced it would follow two squads — the Rams and the Chargers — behind the scenes as they prepared to move into their new shared home at SoFi Stadium. But when the coronavirus eventually forced extreme safety protocols and eliminated the NFL’s preseason games, “the show that was already twice as hard, became four times as hard,” says senior coordinating producer Ken Rodgers. And so, for the past month, Hard Knocks has pivoted from its titular, visceral thrills, a formula change that has, for better or worse, shown new depth and intimacy within the diverse landscape of a football locker room.

That was particularly evident during the week of Blake’s shooting. Although the Rams decided to keep their practice schedule, football naturally became a secondary plot line. Instead of coaches breaking down practice tape, Rumpff’s crew captured the team’s leadership and position groups discussing steps to support Blake’s family and the Black Lives Matter movement. Across town, third-year director Shannon Furman observed a similar restlessness over Zoom calls and on the sidelines at Chargers camp. As players considered protesting and whether they should scrimmage as planned, she prepped her team for anything. “We just kind of went through every scenario that could possibly happen in our heads and talked about how we would capture it when different things did happen,” Furman says.

When the Chargers eventually canceled practice, Furman and her crew were positioned to provide rare access inside the team’s decision-making process. No longer concerned with rookies wrapping their wrists in slow-motion, her crew placed microphones and cameras just outside the locker room and deftly captured the emotional conversations and debates surrounding how the team would use its platform to speak out. “I don’t think the players wanted cameras all up in there,” Furman says. “That honestly wasn’t a made-for-TV moment at all. It was something that needed to be authentic.” To support his team’s decision, Chargers head coach Anthony Lynn made a strong televised statement with his players behind him, turning what should have been a pad-popping exhibition into a more cinematic exchange of ideas.

This kind of exclusive, fly-on-the-wall access has been paramount for Hard Knocks, but maintaining its expected level of proximity has been difficult in a socially distanced world. Like the players, both production teams have lived in their own bubbles, eating and working in hotels and greeted daily with COVID-19 nose swab tests. In accordance with the NFL, only 13 crew members (along with a camp safety officer) have special tiered access to each team’s practice fields and buildings, where they must wear masks and use wrist tracers, which alert them when they’re closer than six feet from each other. “We expected to have a lot of oversight and discussions about protocols in the show, and we prepared for the fact there would be a lot of positive tests,” Rodgers says. “Knock on wood, it hasn’t happened.”

The regulations have forced Furman and Rumpff to get creative in their preparation and storytelling. At the start of camp, they each taught Lynn and McVay how to wear portable microphones, which they sanitized, placed in baggies and delivered to the coaches as they arrived. “They kind of have become professionals, especially someone like McVay, who is wearing it every single day,” Rumpff laughs. “He puts it on in a matter of seconds.”

Although the majority of the first episode highlighted a lot of these new procedures, “Hard Knocks” has still found time to highlight players on and off the field, with their family’s permission. Even with more restrictions, Furman noted that wide receiver Keenan Allen (who just agreed to a lucrative extension) and cornerback Chris Harris Jr. have been more open to wearing mics throughout camp, and the addition of Zoom calls has provided some special moments between rookies and their families. “More than ever,” Furman says, “we’ve tried to make it relatable for what everyone’s going through.”

Rodgers, who works with HBO’s editorial team in a New Jersey-based studio, has found that the limitations have helped his entire production team find unique ways to solve problems. “We found the ability to cut back and forth between camps to be a creatively freeing technique in terms of pacing and mood,” he says. “Just when you may be tiring of a particular camp or storyline, we’re able to change locations and keep the show fresh. I think that’s been a real positive.” To help discern those transitions, editors and cinematographers have also assigned different color temperatures to their respective team’s footage, “something very subtle,” Rodgers says, to distinguish between the similar blue and gold schemes.

Despite this year’s lower ratings, Hard Knocks has treaded carefully over the sensitive issues it’s covered for the first time. McVay’s reaction to the Blake video, for example, which served as the episode’s cold open, set a solemn tone that Rodgers made sure dissolved into a quiet title card instead of its regular flashy opening theme music. “We wanted to be respectful of that moment,” he says. In the closing credits of the fourth episode, the show also shared the list of charities that each team chose to support, a stark contrast from its typical cliffhanging trailer that teases the finale. “You have to be flexible when you’re in this position,” Rumpff says. “That’s really what our jobs are out here, making sure we tell the story as it unfolds.”

At the very least, this season of Hard Knocks has fulfilled the mission that the crew tries to follow each training camp: to document the team on its own ever-evolving terms, rather than proactively imposing storylines and character arcs onto the action. They’ve tossed out the standard preseason blueprint and themes to give Hard Knocks the fresh perspective and structure it’s desperately needed. For the dedicated crews that create the show, the process has been a rewarding and challenging change of pace.

“It’s been a very different experience from what we’re used to,” Furman says. “But I think we’re all really proud of the show and happy that we got to do it.” 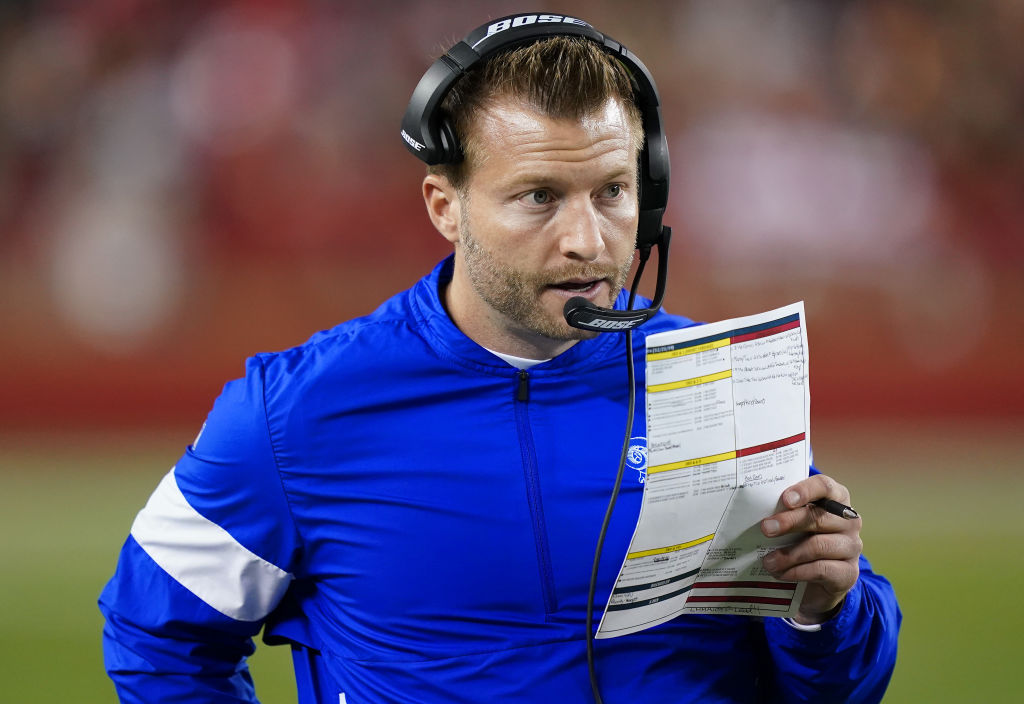 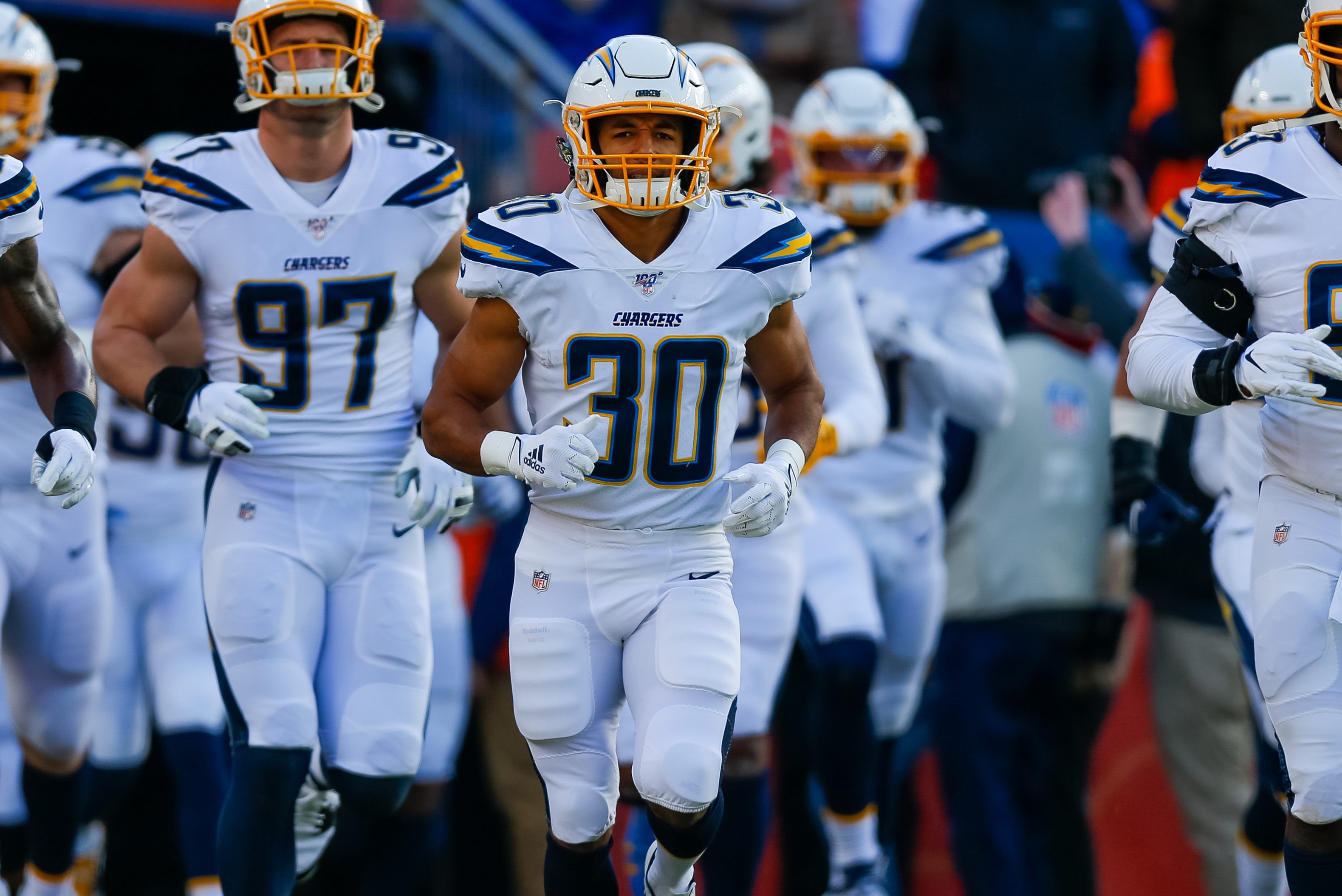