From 574 to 990: Which New Balance Lifestyle Sneaker Is Right for You?

Figure out what all those numbers mean once and for all

From the retro 574 to the dad-shoe 990, New Balance has a host of sick styles to choose from.
New Balance/Getty Images
By Lee Cutlip

Everyone knows New Balance. Along with huge athletic labels like Nike and Adidas, it’s one of the most instantly recognizable shoe brands on earth, responsible for some of the most iconic and classic sneakers ever made…and that was before Teddy Santis got involved.

But while you might be able to spot a fresh pair of NB’s from afar, identifying the exact style number can still pose a challenge. Seeing as the brand typically assigns numbers to their shoes rather than traditional names, keeping tabs on all the various silhouettes is no easy feat.

And, to be fair, it’s not just the numbers that are similar, but the styles as well, with many falling into certain “families,” meaning often their designs are seemingly near-identical yet have subtle important differences. In turn, the process of finding just the right New Balance sneaker for you can turn complicated and confusing.

Which is where we come in. To help you more easily navigate the world of New Balance sneakers and determine which style is best for you, we’ve compiled this guide to the brand’s many options, detailing the differences between each. Included are styles you’re probably already more than familiar with, like the 990, as well as newer introductions from the brand, like their skateboarding shoe the Numeric. Soon you’ll be well-versed in New Balance-speak and capable of differentiating a pair of 574s from 997s from a block away.

One of the most recognizable silhouettes from the brand, the 574 continues to endure as a classic sneaker, largely keeping the same design as the original released in 1988. Originally designed as a running sneaker, the 574 has found favor as a casual, everyday shoe thanks to the durable suede-and-mesh uppers and vintage-inspired design. Modern updates like supportive ENCAP midsole cushioning help to ensure it remains a favorite. If you’re in search of the 574s most classic colors, consider checking out the 574 Core, which includes the sneaker in the iconic New Balance grey.

The original dad shoe, the 990 has experienced a renaissance that can largely be attributed to a rise in normcore and “dad” fashion, with the brand famously using the tagline “Worn by supermodels in London and dads in Ohio” for their 2019 campaign. Released in 1982, the shoe’s continued popularity is a testament to its classic design and comfort, the chunky sole appealing to a range of ages and aesthetics. The style has run through a variety of iterations since its ’80s inception, from the chunky v2 and sleek v3 to the more recent interpretations by Aime Leon Dore founder Teddy Santis’ inaugural Collection, as well as the general release of the v6 (slated to drop November 4).

For certain sneaker styles, you’ll notice New Balance will have either “Made in UK” or “Made in US” affixed before the style number. Not only does this indicate where the shoe was made, but the differences in construction. In the UK, you’ll find that they often use softer materials, like those found in the 991 below, while the U.S. tends to opt for more heavyweight materials. Both feature premium construction and enhanced comfort. Since these versions tend to be better quality, their price point reflects that.

The 996 bears some similarities to the 574, its silhouette appearing just slightly more elongated and slimmed down. The leather and suede uppers feature a New Balance heritage-inspired design that sits atop underfoot cushioning and a dual-density EVA midsole that provides both comfort and support.

A relative of New Balance’s 997 style, the 997H offers a modern, streamlined take on its predecessor’s silhouette. Staying mostly true to the shape and design of the 997, the 997H has a sportier feel, and it’s lighter, too — whereas the 997 uses an Encap midsole, the 997H has a REVLite midsole, a foam compound that’s 30 percent lighter than other foams but delivers the same responsiveness and comfort.

Few styles skew more on trend than the New Balance 550, the recently re-released court style that debuted 1989 and dominated the courts in the ’80s and ’90s. Popularized by streetwear label Aime Leon Dore back in 2021, it’s been fully transformed into a GE launch…but not before racking up some astronomical stats on the likes of Stock X.

The 550’s distinguished brother, the 650 incorporates a high-cut design to the classic court styling of the 550. Bolstered by a puffed and stitched collar, the classic leather upper screams basketball style with it’s retro labeling and poppy colorways.

As the name would suggest, the Fresh Foam Roav is one of New Balance’s most comfortable shoes, outfitted with Fresh Foam midsole cushioning that’s precision-engineered for the utmost comfort and a lightweight ride. The shoe has a bootie-esque shape, most noticeably at the Ultra Heel, which helps to hug the foot more snugly, thus ensuring a more supportive fit.

New Balance is not only a purveyor of running shoes but skateboarding sneakers, too. The Numeric sneaker boasts a range of different iterations, from the 272 pictured above to Jamie Foy’s 306 and even a high-top 440, but for the most part, they stick to the same low-profile and sleek silhouette that’s most conducive to skating. Outfitted with a vulcanized rubber sole for better grip and lace enclosures for a secure fit, it’s a shoe primed for the board but one that both skaters and non-skaters alike can enjoy.

The All Coasts is one of the brand’s newer styles, a departure from their typical athletic silhouettes to one that more distinctly falls in the category of a casual lifestyle sneaker. Like the Numeric, the All Coasts includes several different styles, most notably the 210s which glean inspiration from classic court sneakers in beachy hues, and the 55s, another simple design that’s crafted from a canvas and suede upper and arrives in a selection of seasonal colors. With colorways largely inspired by coastal living, the All Coasts are ideal for the spring and summer months.

Inspired by New Balance’s running shoes of yesteryear, the 237 looks like it belongs to a 1970s track superstar, just updated for the 21st century. The 237 derives inspiration from the brand’s Comp 100, primarily in regards to the outsole, but it scales up the dimensions a bit. Suede and nylon uppers come in contrasting retro colorways that are vibrant and make a statement while asymmetrical paneling helps to create a color-blocked pattern.

The resemblance to running shoes of the 1970s is immediately evident in the 327’s silhouette. The retro-inspired design is modernized with the addition of details like contemporary uppers in bold and sometimes unusual colorways and, most notably, the oversized N logo that adorns the side of the sneaker. Despite being inspired by running shoes, the 327s are best suited to more leisurely wear, the rubber outsole and contrasting upper adding a dose of ’70s sportiness to your outfits.

Created out of a finite desire to update the classic 574, the 57/40 incorporates a new era of design and aesthetics with a hybrid road/trail approach to cushioning, precision and silhouette. Its massive midsole might seem a far cry from the svelte 574, but beyond some ’90s-style tech, it replicates the cushy feel quite well, even with a hefty 14.5 oz weight.

The 990v5s might be the ultimate dad sneaker, but the 2002Rs come pretty close, featuring a similarly chunky sole. Where the 990s are an ’80s-inspired shoe, the 2002Rs glean their inspiration from the 2000s. The original version of the sneaker was released in 2010 and was considered to be a premier and high-end running shoe. Reworking the shoe in 2020, the sneaker now has a sleeker design than the original and a new outsole that was taken from the 860v2. If you like the look of the 990s yet want something less ubiquitous, consider the 2002R…or its trendy brother, the 2002R Mules.

Court and street combine in the new(ish) CT302, a nod to the 1980s on-court model, the CT300. Of course, if you couldn’t tell, the CT302 is a fully modernized style, with a stacked midsole and rubber toe wrap extending from the outsole. It’s elegant, chic and totally functional; the perfect lifestyle shoe.

Another archival style, the RC30 steals its distinctive shape from the class Trackster, featuring the same exaggerated rippled design curved outsole and midfoot lift that mimics the idiosyncratic construction that occurred with ‘70s methods. The style has been embraced by celebrities like Donald Glover, a sure nod to the resurging decade revival.

Heads Up, Fellas: The Best Winter Boots For Men Are Already on Sale 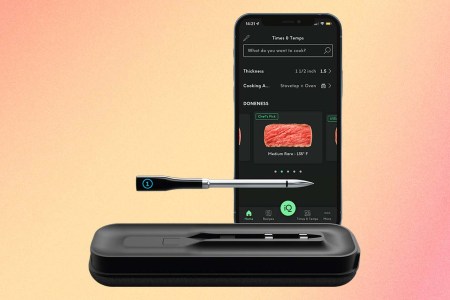 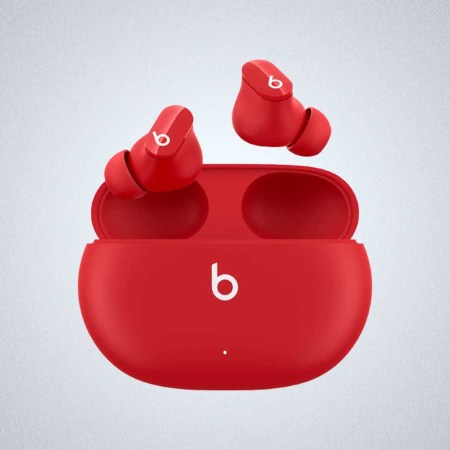 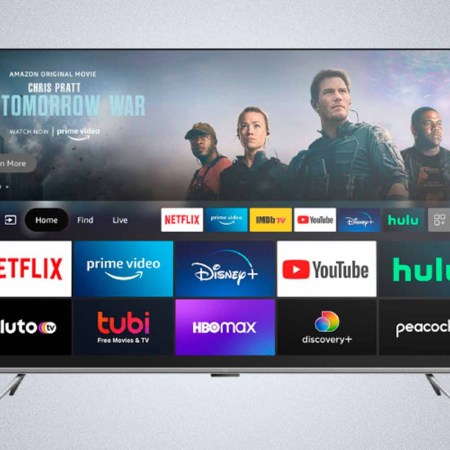 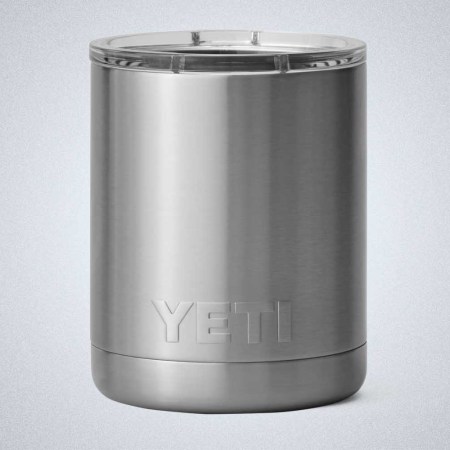 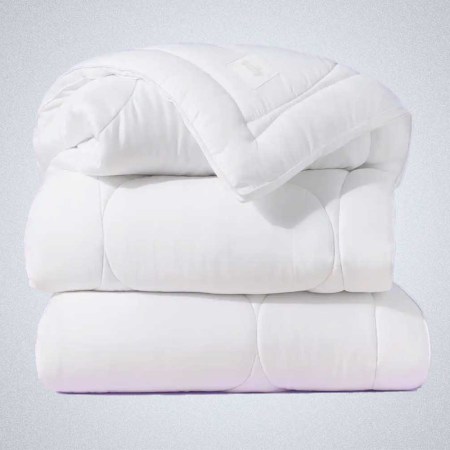