"Dating Sunday": How the First Sunday in January Became the Super Bowl of Online Dating

Some combination of loneliness, post-holiday boredom and New Year's resolutions make it the most popular day for swiping

Love — or something — is in the air this Sunday.
Getty
By Kayla Kibbe @Kay_Kibbe

Fortunately, you’re not alone. You, me and the rest of the world’s singles have probably all come to this glaring realization while groggily hauling our bloated, hungover, post-holiday carcasses out of the lawless no man’s land that is the week between Christmas and New Year’s to slowly make the return to normal life, and on Sunday, we’ll all congregate in the same place: dating apps.

Historically (which is now a word we can use in reference to online dating), the first Sunday of January has been the biggest day of the year for dating apps, with singles everywhere flocking to their swipe index of choice to kick off the unofficially official start to the dating year. This annual spike has become so pronounced that dating app Coffee Meets Bagel has even gone as far as to declare the first Sunday of the year “Dating Sunday.”

So what makes this Sunday such a popular day to get swiping? According to dating expert, coach and dating-app ghostwriter Meredith Golden, the key to Dating Sunday’s draw has to do with the day’s unique position at the intersection of various cultural and seasonal trends and events that tend to influence our dating lives, starting with the new year itself.

“The new year brings a clean slate and a fresh start. There are many resolutions made around finding a partner, or love, or even just going on more dates,” Golden tells InsideHook. “I notice a big spike [in dating-app activity] in January as singles are recommitting to focusing their energy to finding a partner — or more fun — in the new year.”

“Dating apps see a spike in users around this time of year because of the ‘New Year, New Me’ mentality,” she tells InsideHook. “As people get older and the years start to go by, singles begin to buckle down and really want to find their other halves. During the first weekend in January, everyone is still into their resolutions and trying hard to fulfill them. For singles who want to find their soulmate, dating apps are the best place to start their search.”

While some optimistic singles may be taking to the apps Sunday with romantic resolutions in mind, others will no doubt have an air of desperation behind their swipes. Spending the holidays alone can be a wakeup call for singles who find themselves dateless at the office holiday party or kissless on New Year’s Eve, and, as Golden puts it, “One bad night of feeling lonely often generates a new Bumble profile.”

For seasoned dating-app vets however, the post-holiday return to the apps may simply coincide with a more general return to the habits and activities that define our normal lives and routines — it’s like going back to work, except you don’t have to shower or put on pants.

“Many singles often take a break from dating apps over the holiday season,” says Golden. “It’s either a time to unplug or refresh from the dating-app fatigue of 2019.”

Maybe you were so drunk from Christmas Eve through New Year’s you forgot to swipe, or maybe you were back in your hometown where your only prospective matches would’ve been your high-school ex or that guy who works at the gas station, or maybe (maybe) you were actually just busy living in the moment and creating memories with friends and loved ones (stranger things have happened). Whatever the reason, says Golden, we tend to pick up our dating-app habits where we left off when the holiday haze finally clears.

It’s also true that in general, dating apps tend to see a spike in activity on Sundays, so the first one of the year is like the first day of school: your attendance will probably trickle off as the year goes on, but you’re not going to miss the first day.

Also afoot this time of year? A little thing called cuffing season. Except now, we have officially crossed over to the dark side of the annual coupling period — a cold, desperate time Vice has dubbed “clearing season.” Sure, the first half of cuffing season is all whimsical apple-picking adventures and Thanksgiving horniness, but by the time Christmas decor has given way to whatever tacky Valentine’s Day shit retailers try to ply us with to battle the post-holiday spending freeze, cuffing season has become less about romance and more about finding a warm body to cling to for the next three months of bitter cold and seasonal depression.

So we swipe on. 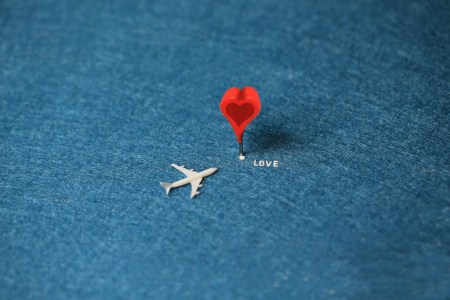