Is Overpopulation Really as Bad as They Say It Is?

Believe it or not, there may actually be too few humans in the 22nd century

Many of us will leave to see the world hit the 10 billion mark. But population could plummet from there.
Hermann Mueller
By Josh Sims

The United Nations made headlines at the end of 2022 for announcing what appears to be a very worrying number: eight billion.

That, it estimated, is now the world’s population. And by 2050, the human race increase by another two billion. How in the hell, the announcement inferred, will the planet cope? As Agent Smith says in The Matrix, “Human beings are a disease, a cancer of this planet.”

But there’s more behind the numbers: A study published last year suggests that 10% of people in their early 20s, living in developed countries, are now considering not having children — less for financial reasons, so much as to help save the environment.

It’s not an entirely crazy notion: a Morgan Stanley report suggests that having a child is seven times worse for the climate in terms of CO2 emissions than “the next 10 most discussed [offenses] that individuals can do.” Nor is it a new idea, of course; in the 18th century, Thomas Malthus first proposed that the only possible consequence of a rising population would be rising death rates…which would match a populace to its ecosystem’s capacity to provide food and water.

And then came demographer Paul Ehrlich’s 1968 The Population Bomb, and its doomsday prognostication that hundreds of millions of people were set to starve to death over the following decades. 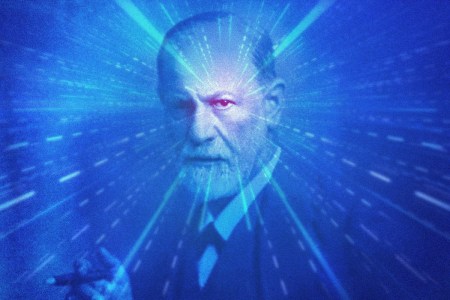 What Would Sigmund Freud Make of 21st-Century Fatherhood?

Ever wonder what the father of modern psychology would think of the modern world? We asked a leading scholar.

Thanks to an explosion in agriculture technology, and yields those old thinkers couldn’t have imagined, population apocalypse hasn’t yet come to pass. But that didn’t stop many nations from taking drastic action over the following decades — in Mexico, Peru, Bolivia, Indonesia and India, among other places, millions of people were sterilized, sometimes forcibly. China’s “one-child policy” led to an estimated 100 million forced abortions. Many, meanwhile, still suggest that too many people could usher in environmental catastrophe. Which, to be fair, stands to reason.

“Population growth is catching up with us now. We’ve held it off but we can’t do that forever; biodiversity is falling off a cliff, and there will be food shortages even if middling estimates of population growth are taken,” argues Robin Maynard, director of the UK-based Population Matters campaign group, of which Ehrlich is a sponsor. “Of course consumption is an important factor — the more efficiently that stuff is produced, the cheaper it is, and the more people want it. And the average person in the developed world just isn’t reducing consumption. The green lobby won’t talk about population. But it’s the elephant in the room.”

Is it, though? Demographers are not inclined to readily agree, arguing over various models and their predictive powers. But while most are in agreement that the global population will continue to rise by that two billion figure, and level off by 2100, others believe it will then start to fall. The overall population growth rate actually peaked in the early 1960s and is now proceeding at less than 1% a year. Increasingly, it seems that the longer-term concern — for humanity’s sake, if not necessarily the planet’s — is that there will be too few people.

“In just a few hundred years we could be down to very small numbers,” suggests Christopher Murray, the founding director of a demographic research body called the Institute for Health Metrics and Evaluation (IHME). “People laugh when Elon Musk points this out because society tends to struggle thinking long-term, but this situation is pretty dramatic,” Murray adds. “You might think, as some do, that if the world population drops to two billion, that’s better for the environment. But then some very serious changes to the culture would be required to stop it from going down to one billion, and then 500 million, and so on.”

Fending off this potential death spiral all hinges on what’s called the replacement level — the number of births needed for a population to replace itself from one generation to the next. That’s around 2.1 children. Right now, globally, the average number of births per woman is, at 2.3, just above the replacement rate. But the IHME estimates that most countries’ fertility will converge on a rate of around 1.3, meaning that by the end of this century the global population will actually be down by billions.

In many developed nations, the the rate is already well below replacement; we’ve seen Russia, Australia, Iran, Italy, Singapore, China and the Scandinavian countries launch various kinds of incentive schemes to get couples to have more children. These have typically had little effect.

Why so? Because if you’re a woman in the developing world given greater control over contraception, and your, say, two kids can likely have long and productive lives — thanks to improved nutrition, sanitation, access to education and so on — why have four or six children? They’d then become (in the nicest way possible) a burden, not an asset.

And if you’re a woman in the developed world, you already know how expensive and limiting raising a child can be. You have other things you want to do; and especially in a culture which increasingly sees parenthood less as a source of happiness and more of an obstacle to maximizing one’s precious autonomy — according to Brad Wilcox, senior fellow at the Institute of Family Studies.

“The fact is that, if having kids has been portrayed as being part of a full life, most people are pretty full at two. But somebody has to have kids or we all go away,” says Darrel Bricker, CEO of Canadian poll analysts Ipsos Public Affairs and co-author of Empty Planet: The Shock of Global Population Decline. “There was a time when the dystopian picture of a growing population’s impact on the environment was accurate, but things have changed. The human footprint has actually contracted because more of us live in cities. The problem now is more economic than environmental. And it could be a matter of national survival in some instances.”

Translation: with fewer people around, who will do all the work? Who will care for the elderly? Who will come up with the next world-bending ideas? Still, the problem is likely going to be environmental, too, and not for the obvious reasons. One perspective: the wealthier that women feel, the fewer children they have. But they invest more capital in the children they do have. And, well, consumption powers climate change.

That’s why, as Lyman Stone, director of research at consultancy Demographic Intelligence, notes, you can have a country like China, which has had some of the most stringent controls on its population growth, yet also seen the fastest growth in emissions.

“There’s an intuitiveness to making the connection between population and the impact on climate change. To worry about scarcity and depletion is deep in our psyche. But there are a lot of incorrect beliefs around this subject. That’s why the IPCC doesn’t recommend interventions on population,” Stone explains.

“We’re super unequal as individuals, so a person in Chad will have a completely different impact on climate than someone in the US. This isn’t about numbers — it’s about how individuals live, behave, what they buy, what they eat,” argues Dr. Tomas Sobotka, of the Wittgenstein Centre for Demography and Global Human Capital at the University of Vienna. As one study suggests: while low income countries’ share of the global population has doubled, their demand for resources has stayed at around 3% of the global total. “There’s a paradox here; in order to shift developing countries to lower fertility, you have to first develop their economies, which has an impact on the environment.”

Where does this leave us? Some remain concerned about there being too many people to come. Robin Maynard argues that “Every person added to the total, whatever their consumption level, adds to the total problem. The thing is that we just don’t want to point the finger at peoples and talk about their population issues” (This makes sense, hyper-sensitive as we are these days to accusations of racism, colonialism and eugenics). ”I’d like to be proven wrong — that we can have 10 billion people and not see diversity collapse, resource depletion, and so on. But I’m not convinced.”

Meanwhile, others are worried about there eventually being too few of us. Heading in either direction, evidently, is bad news for the planet. The good news, suggests Sobotka: it’s all evidence of how human civilization has survived and thrived, for good and ill. 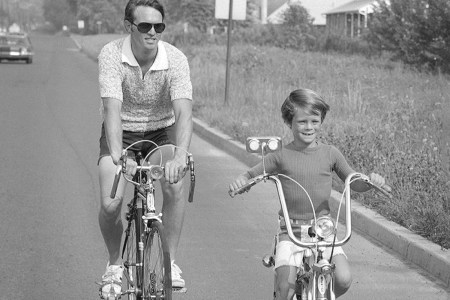 How to Stay in Shape as a Young Dad