Jimmy Page’s Testimony at the ‘Stairway to Heaven’ Trial

Guitarist Jimmy Page performing with British heavy rock group Led Zeppelin, at Earl's Court, London, May 1975. The band were initially booked to play three nights at the venue, from 23rd to 25th May, but due to public demand, two more concerts were later added, for 17th and 18th May. Total ticket sales were 85,000. (Photo by Michael Putland/Getty Images)
By Sean Cunningham 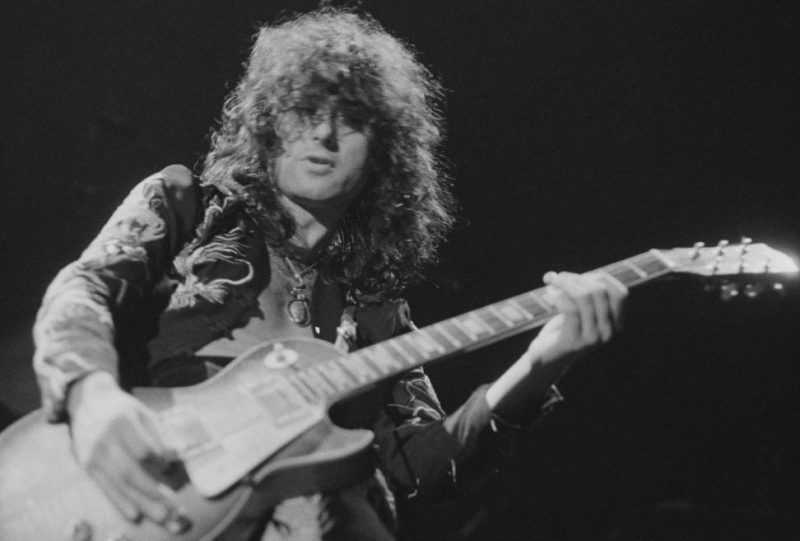 The verdict’s already in: according to the courts, Led Zeppelin did not plagiarize “Stairway to Heaven” from the 1968 instrumental “Taurus” by the band Spirit. Before the verdict was reached, however, all three surviving members of Zeppelin had to testify. As the group’s founder, producer, and frequent songwriter, Jimmy Page arguably had the most to say, making his testimony particularly fascinating.

The highlights include Page conceding he was a fan of the band Spirit (“I liked Spirit, yeah”); asking an incredible number of questions (for reasons indecipherable) about the Spirit song “Fresh Garbage“; and actually being asked in a court of law, “You had a gift in being able to play the guitar, correct?” (To his credit, Page avoided perjury by answering,”Well, yeah.”)

For Jimmy Page’s complete testimony—which includes an interesting and lengthy discussion of his pre-Zeppelin days as a “side man” working as a studio musician (he’s said to have played on the James Bond “Goldfinger” theme song session)—click here. Below, it’s your chance to play judge and jury. Listen first to Led Zeppelin’s classic and then decide how much they owe to “Taurus.”