In 1994, Comedy Central gave Sofia Coppola a contract. She gave them "Hi-Octane."

Sofia Coppola’s directorial debut The Virgin Suicides played at the Cannes Film Festival in 1999, but her real Croisette debut came two decades earlier. In a photograph iconic enough to be recreated by Wes Anderson in his own work, a young Sofia perches atop papa Francis Ford’s shoulders as he strides down the red carpet, having just laid waste to the international press with his eventual Palme d’Or winner Apocalypse Now. She’s right around her eighth birthday, and yet there she sits, looking down on the epicenter of the cinema world. Her most ardent supporters and harshest critics find common ground in the consensus that she’s occupied that approximate vantage point for her entire life. With the support of a father that gave her her first acting gig in her infancy, she came in to a notoriously exclusive industry at the top, and spent her career reflecting on the allures and tribulations of that privilege.

As the daughter to one of the most accomplished filmmakers in Hollywood history, she’s been painted as a dilettante getting by on nepotistic favor. As an artist making films about cloistered womanhood and strained parental relations, she’s attracted charges of solipsism. Her latest film, the newly released On the Rocks, follows an adult woman connecting to her distant, high-living father, and lends itself once again to interpretation as fictive autobiography. The enduring question of what it must be like to be Sofia Coppola has informed her entire body of work, and nothing has given an answer more nakedly telling than Hi-Octane, her earliest arrival as an auteur unto herself, and of herself. Before she filtered her persona and her preoccupations through her characters, she was permitted to simply be “Sofia.”

She and partner-in-crime Zoe Cassavetes (another scion of ‘70s cinema royalty) portrayed scare-quoted versions of themselves for four glorious episodes of television in 1994, only three of which even saw the light of day. In a recent Vogue interview looking back on these salad days, Coppola puts the show’s purview simply, explaining that “it was what we were into and what we had access to.” Comedy Central executives built the show around the idea that these two women were so synonymous with Gen-X-er cool that anything acting as an extension of their taste would be, too. The network furnished the twentysomethings with cameras (the first time videotape would be used to make an entire TV show, as Cassavetes tells it), a budget, and a mandate to bring America up to the cutting edge of fashion, art and entertainment. They named the show Hi-Octane after landing on the loose connecting theme of car culture, expressed mostly through the repeated interview query of whether the subject has ever had sex in a motor vehicle. “I don’t really know how they let us develop it,” Coppola told Vogue.

The candor (or not-giving-a-fuck-ness, whichever you like) required to ask something so penetrating would be the show’s greatest asset and ultimate undoing. Coppola and Cassavetes epitomized the ‘90s DIY aesthetic by conducting themselves like kids who had stumbled into producing a TV program, given the resources generally afforded only to grown-ups. During a lesson on monster truck handling, they snicker amongst themselves while the instructor asks them to pay attention; that may be why Coppola all but destroys the undercarriage in her test drive later on. A defiant spirit of anti-professionalism places them close to a youth zeitgeist contemptuous of institutions, suits, and all things establishment. Not even the opening sequence’s quick-cut MTV-wannabe title cards emblazoned with executive buzzwords like “BAD ASS,” “DYNAMIC” and “SUPER CHARGED” could diminish the hipster street cred.

Further shoring up their tastemaker credibility was the cavalcade of guest appearances by their most with-it friends, the “what we had access to” half of Coppola’s aforementioned soundbite. Sonic Youth frontman Thurston Moore hosted the recurring segment “Thurston’s Alley,” in which he’d grill the likes of Sylvia Miles and Johnny Ramone in the fetid alley outside his pad in downtown Manhattan. His bandmate and then-girlfriend Kim Gordon cofounded the alt-fashion label X-girl, which gets a full sidewalk runway show in the second episode, featuring a pre-Kids Chloe Sevigny as one of the models. Kyle MacLachlan stops by to watch, greeted by a barely-visible Francis Ford Coppola. The show got face time with cinema heavyweights Martin Scorsese and Gus Van Sant, supermodels Naomi Campbell and Jenny Shimizu, musical luminaries Debbie Harry and the Beastie Boys. (In the Beasties segment adjoining the Sabotage Music Video Cinematic Universe, Coppola wears a replica of Jackie O’s pink Chanel suit, obtained through some obscure string-pulling.) Celebrities seem to be everywhere; the girls stop by the side of the road to offer assistance to a stranded Keanu Reeves, and just so happen to run into Sofia’s cousin Nic Cage around town.

The show was predicated on the not-entirely-unreasonable presumption that a slice of the viewership would be willing to watch this pair of women do pretty much anything. The second episode wraps up with a clip of Coppola taking a bass lesson, the camera zooming in on her expression of laser-focus as she awkwardly alternates plucking the strings. Smash cut to some random basement in New York, where she jams out with Moore and some other pals while squeezed into one of the spaghetti-strapped dresses she made her signature through the ‘90s. Less than riveting, this scene and the stretches of similarly tedious footage provide some crucial insight as to how the plug could have gotten pulled after less than a month on the air.

The insider vibe of this peek into Coppola’s starry life entranced those dialed in to the show’s grunge-chic frequency, and earned the ire of nearly everyone else. In a pre-social-media 20th century, this was the closest and realest look the public would get at an A-list now more guarded and image-conscious. Who else could possibly get Shimizu to recall that one time a limousine ride with Campbell and Christy Turlington spun out into a threesome? The flip side of that coin, however, was that anyone not inclined to find her status as an insider amateur winning found it annoying. Who else could possibly land Scorsese for an on-camera chat and then use that time to ask him who his favorite Beastie Boy is? She had tried her hand at photography, designing and modeling before getting into filmmaking as a lark, all of it facilitated by her last name. Despite an increasingly refined creative sensibility, characterization as a dabbler handed everything independent filmmakers work their entire lives for a taste of would hound her for the rest of her career.

Coppola’s great strength has always been to anticipate and preempt perceptions of herself and her work, a tendency that begins in fascinating form here. She and Cassavetes lean all the way into the image of the bratty Hollywood kid in an ironic presentation of they very thing their opponents would make them out to be. The girls tune their voices for maximum over-it disaffection, inviting modern viewers to imagine the same people that get worked up over vocal fry today taking them to task for a bored tone. The series opens with the twosome getting pulled over by a cop and making a run for it, playacting the tabloid scandals that plague so many children of the rich and famous. They could not take the show or themselves less seriously. As Coppola gets ready to hop in the monster truck, she deadpans, “Where else but America can dreams like this come true?” 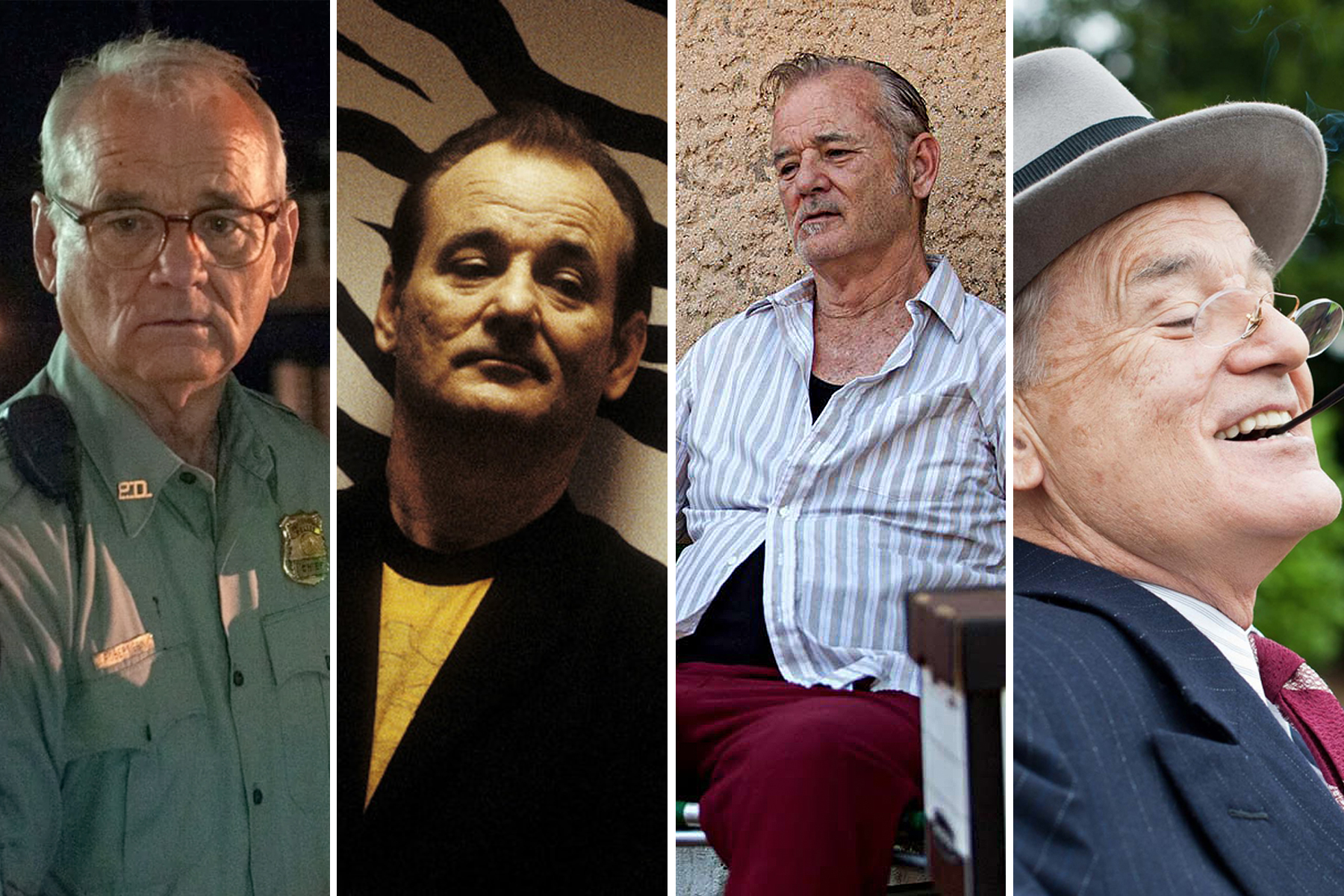 The result of winging it with the advantage of upper-level showbiz backing, this show serves as a snapshot of an early moment in Coppola’s maturation. For one, her output was already being shaped by a key collaborator unseen onscreen: then-boyfriend Spike Jonze, mentioned in passing as one of the architects behind the X-girl fashion show. But this was more of a period for finding herself, for tinkering and experimentation marked by the rough-around-the-edges abandon that comes with being a novice rich in vision. “…I feel like that is a time capsule of us in our 20s,” Coppola said in the Vogue piece. “I wouldn’t change it, because part of the sloppiness makes it unique and what it is.” it’s a way for her to look back on a point when everything seemed much simpler, and there’s wasn’t much more that needed doing beyond being hot and having fun.

She has perspective when she looks back on this era from the now, as she prepares to open a film steeped in the anxiety of middle age. Speaking in Vogue about the 1969 GTO convertible she and Cassavetes used as their series-long getaway whip, she now says, “I was kind of a poser to have that car, but it was fun.” This may be the most humanizing sentiment that could come from someone as impossibly, untouchably it as Coppola. Since time immemorial, the curse of performing coolness has been the realization that so much embarrassing effort goes into looking like you don’t give a shit. Everyone can relate to the experience of wincing while looking back on the person they were in their twenties. Mercifully, most of us can’t find this time chronicled in the obscurer corners of YouTube.