The World According to Alan Arkin

Welcome back to “The World According To,” the series in which InsideHook solicits advice from people who are in a position to give it. Our latest subject is Alan Arkin, an actor who is more than the raspy, bitter old man he plays in Netflix’s The Kominsky Method. The storied star, who has spent over 50 years on screen, and won almost every kind of award — from Oscars to Golden Globes — and performed in legendary films like Little Miss Sunshine, Catch-22 and Edward Scissorhands. He’s also a founding member of Second City and a Yogi who has been meditating for over 50 years.

At 86, Arkin has released a new memoir called Out Of My Mind, which explains his journey towards Eastern philosophy. He speaks from his home in California to InsideHook about his favorite directors, comedy and the key to happiness.

Alan, did you write this book to share this wisdom of how you found Eastern philosophy?

Alan Arkin: [Laughs]. No! I was taking a workshop in Santa Fe about Hinduism and Kashmir Shaivism. The teacher had notebooks and handed them out to everyone in the group and told us: “I want everyone in the next half hour to write down all the events in your life when you have known there is more to reality than just our five senses.” Everyone was excited, attuned to that type of thinking. We scribbled furiously and expected, at the end, to read out our events. Instead, the instructor said: “Rip the pages out of the notebook and put them in your wallet. The next time you have a bad day, pull them out and read them.”

So that’s the book?

I kept thinking about those events in my life where reality just got blown over, I got introduced to other arenas in consciousness. I had 90 pages of it and showed it to a book editor and she said “You almost have a book here.” I added extra pages, now I have a book and here we are. It wasn’t an attempt to write a book, at all. It was a chronicle of experiences I’ve had that were unexplainable by “science.”

In the book, you talk about this belief that in a past life, you were killed during the French Revolution?

I wouldn’t go as far to say it’s a belief, I explain in the book how I feel about belief systems. It was one of the most vivid series of events I’ve experienced in my life. If anyone has an explanation for it, other than saying I was psychotic, I’m happy to listen to them. It’s hard to just say it was a dream or hallucination.

Did your path towards Zen Buddhism help you overcome your own ego?

Yeah. Virtually every spiritual discipline gets into that, sooner or later.

How has it helped you the most?

It’s different for different people. I forgot to put this in the book: I had a friend who was a psychiatrist, but also a zen buddhist. I asked them what caused them to become a buddhist? She said, “I had a daughter once. She had a daughter who told her at three years old, mommy I have to go far away soon and you can’t come with me. A week later, she got a terrible infection and was put in the hospital, two days later, her daughter was gone.” Another way to approach it, this world is now precarious. It’s frightening. You can see the Dalai Lama smiling and laughing. He has lost this country, his position in the world, lost everything but maintains a high degree of positive exuberance. It’s his journey inward. Or you just want some peace in your life, what part of confusion you’re dealing with, which draws you to eastern philosophy

What is a successful life to you?

A successful life is constantly shedding skin. When you’re a teenager, you lose a girlfriend or boyfriend and you think you’ll die. Five years later, you look back and you realize it was childish. You’re laughing. That goes on through a successful life — you come to endings and you have the courage for continual growth.

What’s the key to happiness?

The key to happiness? The ability to be flexible and change your view about things. Admit mistakes. Letting go. Letting go of preconceived ideas.

Looking back on your career, was your ambition good or bad?

It was good at the time. I’m thrilled that it’s gone. As everything you hang onto, thinking it’s going to save your life, it doesn’t always. I couldn’t enjoy acting for decades, I felt my life was at stake if I wasn’t an actor. I felt it was the only way I could survive, it was like heroin. A drug in culture. I couldn’t enjoy it, it had to be perfect. How can you enjoy anything if you have that kind of confinement? As my fear diminished, I acted with more freedom and enjoyed it more. I’m happier not acting now. Being told what to do, speaking other people’s words, feels like a stricture to me. I feel freer in my own skin now, in confinement in my home for eight months now. I’m growing more now than I did when I was acting. I just don’t need it anymore. I have no idea who I am and what’s going to be asked of me from my internal self.

Where is the most interesting place you’ve visited?

We have a home in Cape Breton, Nova Scotia. We spend six months there, sometimes. We’re there when we’re allowed to be in Canada. It’s glorious. I’m not excited about being on a plane nowadays, I’m 86. I’m one of those people who could get clobbered by the virus. If we get there, we’ll be in quarantine for two weeks. Happy to be home now.

How are you spending your days now?

We’re cooking like maniacs, making things we never had the courage to make before. I’m baking. My wife made a north African chicken dish last night that was spectacular, like something you’d get at an exotic restaurant. We’re meditating more than ever. We walk during the day and watch movies every night. We laugh a lot.

We just watched The Trial of the Chicago 7 directed by Aaron Sorkin on Netflix, it blew us away. It’s really brilliant, strangely uplifting.

What’s one artwork — like a song, painting, photography, a book or something else — that changed the way you view the world?

The first thing that got me interested in Eastern thought was the autobiography of Gandhi. The book Autobiography of a Yogi by Paramahansa Yogananda, too. That pointed me east. The poems of Rumi. The movie Lost Horizons changed my life, too.

Yes, I eat healthy, I don’t know why it’s called a health nut if I eat healthy and I’m 86 and don’t feel bad. What’s nutty about that? We in the west like to think death is some remote thing that happens to other people. It’s been a very real presence in my life. It’s a reality. It’s allowed me to adopt certain disciplines that have kept me on the straight and narrow. I am careful with my diet. My blood type and body type connects to my diet. I’ve been meditating for 50 years. When I eat something I should stay away from, my body tells me.

What do you look forward to the most about the future?

Waking up in the morning.

Do you think your character as “Norman Newlander” in The Kominsky Method is something a lot of older men could identify with?

I don’t find all that much interesting about him. I do love his wicked sense of humor. That was my favorite thing about him.

How do you view comedy today? Who are your comedy heroes?

Oh my God! Harpo Marx. I love the Marx Brothers movies. Groucho became a friend in his later years. It was a wonderful gift to me. Danny Kaye, I loved as a kid. I admired Charlie Chaplin, but I don’t love him. Early Jim Carrey astounds me. Jerry Seinfeld’s latest standup special 23 Hours To Kill, I’ve watched four times. I thought Jojo Rabbit was genius. Early Seinfeld episodes, too. Just the early years.

Do you prefer standup, sitcoms or feature films?

I mostly can’t abide sitcoms. I feel there’s an undercurrent in most of them that’s: “You remember us, we’re the cute people you love.” A director once told me the problem with sitcoms: “A great theatrical act has a beginning, middle and end, sitcoms are always act two, they have no beginning or end.” A Buddhist idea of hell is being trapped in a perpetual cycle of mistakes you never get out of.

Who is your favorite film director, in your opinion?

Part of being on a path that I’m on is learning to watch yourself as if you’re some other entity. Then, I saw the pattern in the approach I took to acting, project to project. In recognizing, I learned how to get away from it. I worked my butt off to please the director, making everything perfect, then I said: “Forget all this, I’m going to do it my way.” As soon as I said that; everything got better. It was just wasted energy.

What is the key to keep you going in a long career?

What question do people always ask you in an interview?

They ask me about my early days as a folk singer, which I am bored to death about.

What is the secret to making a relationship work?

I’m reading a book right now by Gene Lees called Meet Me at Jim & Andy’s: Jazz Musicians and Their World. It’s a masterpiece of journalistic writing. He was interviewing Woody Herman, who had a legendary marriage. He was asked what’s the secret to your marriage? Herman said: “We can laugh at each other.” I would say you have to be searingly honest and kind, simultaneously. 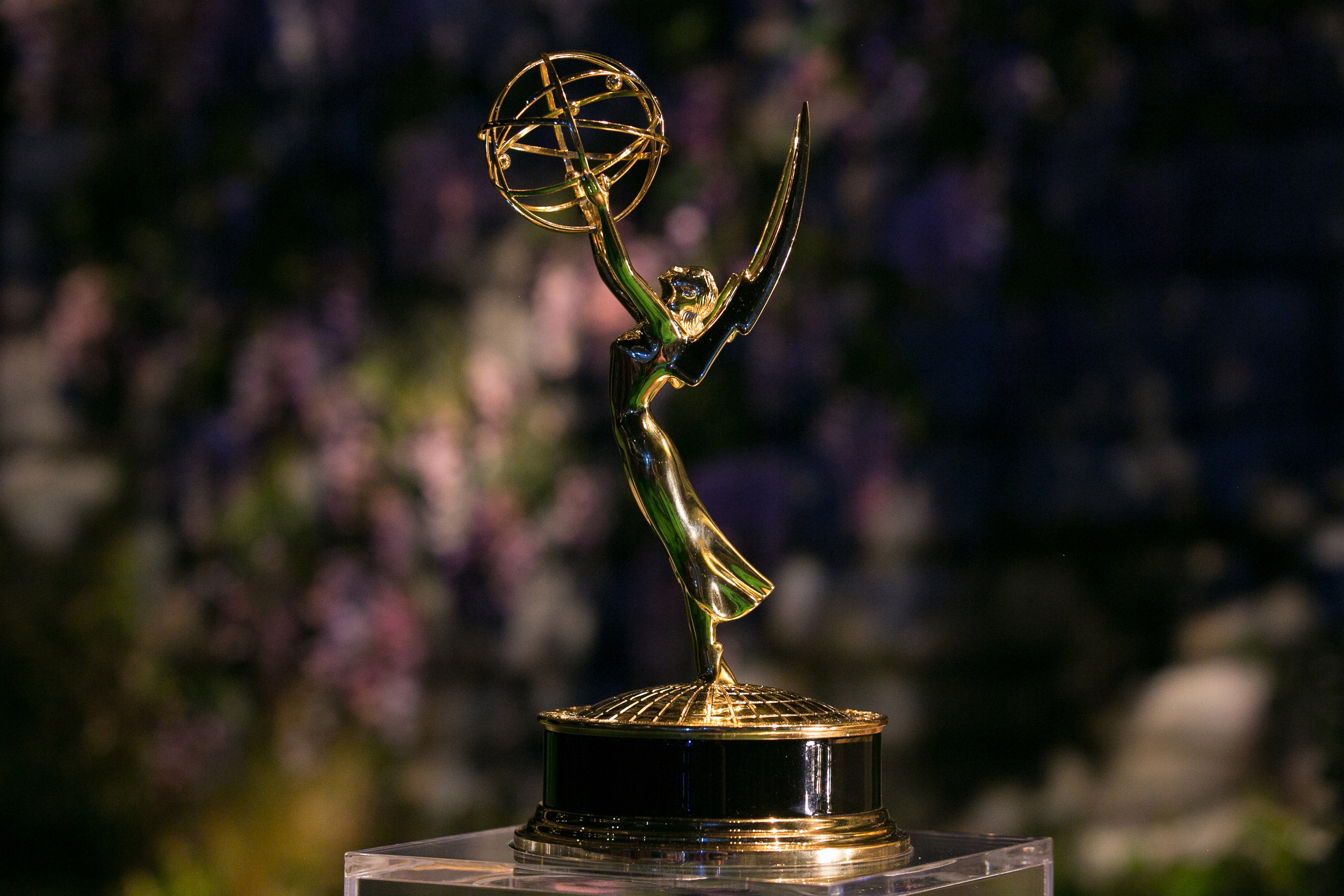 Here Are the 2020 Emmy Nominees 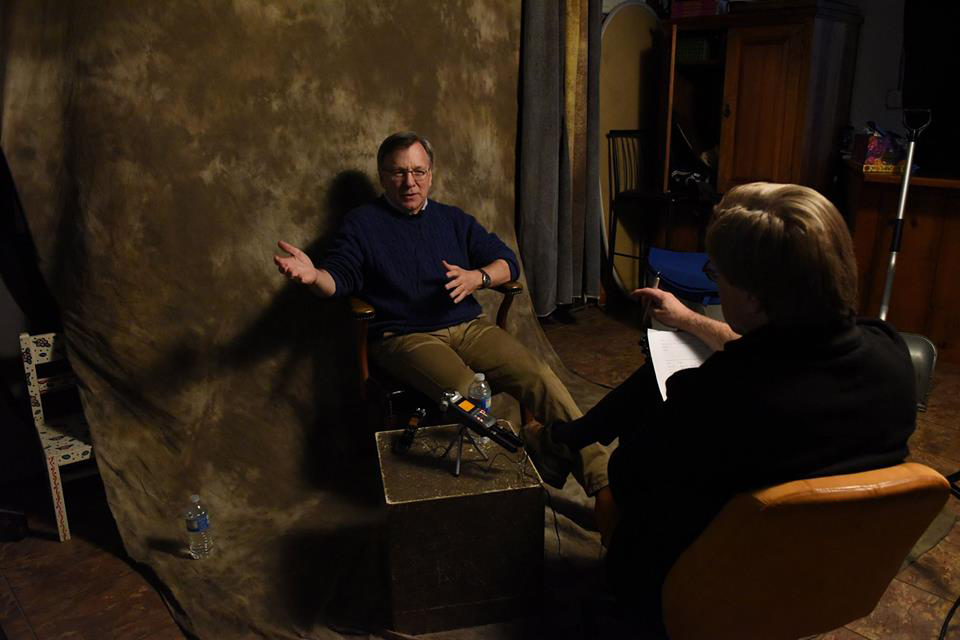