Ihsan Dura, who has practiced his craft for over half a century, is not optimistic about the future

If you don't currently have a tailor, let us introduce you to one of D.C.'s best...
Salvador Godoy/Unsplash
By William Goodman @goodmanw

If you ask a well-dressed man, he’s likely to tell you one of the most important relationships in his life is the one he’s cultivated between him and his tailor. A tailor is a sartorial sorcerer, capable of taking things that may not fit and rebuilding them into things that do, or creating bespoke items out of (literal) whole cloth.

Nestled in a block of shops that straddle the line between Georgetown and Dupont is Linea Pitti. Even with its bold, blue awning, it’s a relatively unassuming location. The interior is modest, lined with some couches to sit for consultations and a single dressing room, where patrons can switch into clothes that need a nip or a tuck or even a total reconstruction. It’s a humble space for a man who, by all accounts, is a wizard: Ihsan Dura. A Turkish tailor who immigrated to the United States in 1969, Dura started learning to tailor after elementary school. He’s now 74.

Dura’s story is expansive. He spent five years really learning the art form and began to finish sport coats and jackets — by hand — not long after. To put it in perspective, he tells me that building a whole suit by hand takes roughly 40 hours for him nowadays, so it’s easy to imagine how much longer it was for him back in the day. He eventually saw an advertisement at the U.S. Embassy asking for tailors; he took up residence in Rochester, New York, in 1972. His brother had moved there a few years prior.

After practicing their craft there for a few years, the two eventually traveled down to Washington, D.C. “The people were more sophisticated and dressed up,” Dura says of D.C. “I [decided] to look for a job here, and if I could find one, I’d stay.” He eventually landed a role tailoring products at Bloomingdale’s and saved up enough to buy a “500- or 600-square-foot” location near the White Flint Mall in 1975. He’s done tailoring and retail ever since, moving into the Dupont space in the early aughts.

Dura says that once upon a time, his client list included everyone from Liberace to Cowboys owner Jerry Jones. When I asked him about Jones, he still remembered the exact sizing and how Jones would call him up and ask for a new piece to be sent to Dallas. 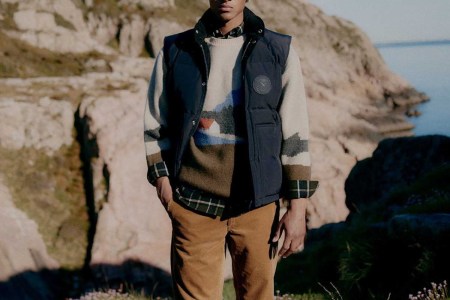 It's the best season for dressing. Here's how to make the most of it.

Despite having major clients, Dura’s craft is less in demand these days. I first learned of Linea Pitti when I moved to D.C. in 2015; I needed hems on a pair of pants let out and just happened to stumble by the store walking around one day. Coming off the heels of the big #menswear trend in the early 2010s, I was still wearing a lot of dressy clothes both at and away from work. Now, post-pandemic, people are favoring athleisure. Buying a custom-made suit is cheaper now, thanks to places like Bonobos or Indochino — and most of those stores provide free alterations, too. The art is dying out. That’s something Dura recognizes is just a part of the times.

“Now, people make it much easier with technology, and they’re not interested,” he says. “It takes a lot of time to learn how to do it, and then you have to have a lot of patience.” He’s not particularly optimistic about the future, either. “I give it another five or 10 years, and then really good tailoring is not going to be accessible. I know tailors who have passed away, and nobody is replacing them.”

As grim as this sounds, I’m struck by how much he still loves his art. He speaks in glowing terms about how he loves to get up “every day, and open up, and serve the customer.” He matter-of-factly tells me that he wouldn’t know what to do with his free time if he wasn’t doing it. And so he’ll listen to customers and continue to provide them with the best he can possibly do.

A good tailor is, without overselling it too much, an artist. There’s a cultivated, practiced skill set well worth celebrating. If you’ve ever taken your clothes to Dura and Linea Pitti, you know this to be true. But who knew such an expert master was at work, right here, in our own backyard?