Can the Black Suit Be Saved?

The black suit was the dressing up look of the '90s. But that was then.

Is this the last time the black suit was cool?
Miramax
By Josh Sims

Mr. Pink has it all wrong. Complaining about the underworld moniker he’s been given in Reservoir Dogs, he should embrace some color. “Why can’t we pick our own colors?” he asks. Because “you get four guys all fighting over who’s gonna be Mr. Black” is the reply. And certainly Tarantino’s movie has — with that shot of the crew all black besuited — done much to underscore the cool seemingly inherent in the shade of night.

Over the nearly 30 years since the film was released, the skinny, minimalist black suit — made fashion by the likes of Yves Saint Laurent and Hedi Slimane — has become sartorial shorthand for a mix of mystery, intellectualism, restraint and edginess, with a touch of European Continental sangfroid thrown in for good measure.

And yet, such has been the power of the resulting iconography (countless celebrity portraits of men in black), such has been the co-opting of monochrome’s association with artfulness and the graphic lines of austerity, that it’s easy to argue that the black suit has lost its way. Go to a posh restaurant and the maître d’, if not all the wait staff, too, is in a black suit. Go to a design hotel, and everyone working there, from concierge to porter, has been put in a black suit. Go to a casino or the kind of nightclub that encourages you to shine through the purchase of a vastly price-inflated bottle of so-so champagne, and even the bouncer will be in a black suit. Indeed, the black suit — forgiving on most figures, quick to hide stains, an easy cover-up for average tailoring — has become the default dress mode of the swank service sector.

In a sense, what the black suit signals has undergone a 360-degree turnaround, from status to submission, elite to lowbrow, sophisticated to vulgar. For in tailoring, black was once the color of power: it was that of the clergy, for instance, or of the outsider, as in Johnny Cash’s “Man in Black” persona, or the Men in Black of UFO lore. But also of the ominous power of the state, of the man whose personality is effaced to become a tool of authority, from Oswald Mosley’s Black Shirts (the UK’s fascist movement of the 1930s) through to that of Mussolini and Hitler’s SS. And long before these too: in the 1560s, Ivan the Terrible of Russia was building his personal guard, the black-clad Oprichniki, or “men apart.” Be it real (the executioner) or fictional (like Dracula or some Bond villain — see Rami Malek in the forthcoming No Time to Die), clearly evil does not wear its tailoring in leaf green or a nice sky blue. Karl Lagerfeld wouldn’t go there either.

But, of course, the sense of the sinister — and, perhaps, the suggestion of sobriety and of self-control — was all part of the appeal of “the penitential garb of soot,” as Dickens, himself a dandyish fan of black clothing, puts it in Little Dorrit. It hadn’t been much long before him that Beau Brummell, the 19th-century society figure and self-described “tailor’s dummy,” pioneered the notion that a lack of ornament and color alike in dress placed the emphasis on the serious, masculine calling of cut. If nature, as Herman Melville noted, “paints like a harlot,” for much of the last two centuries we’ve preferred the man-made, and the mannish, to be more chromatically understated.

It wasn’t always thus. Brummell’s efforts — thanks to his influence on the trend-setting English court — almost single-handedly nixed menswear’s more colorful, flamboyant standard (at least among those with money). Indeed, until then black had widely been considered an ugly color in stylish circles, with improvements in  dyeing techniques in the 14th century — and the influence of the Spanish court — slowly ushering in black. Jump forward seven centuries and, once again, the black suit was of questionable taste … until Japanese designers the likes of Yohji Yamamoto and Issey Miyake took Paris in the mid-’80s and made black de rigueur again. As the late Kenzo Takada put it, tongue in cheek, “it’s that unspoken rule that Japanese designers all have to wear black.”

Maybe that encouraged a touch of overkill, a lapse into cliché, because it seems now as though the black suit is done. Sure, awards season still sees many undermining correct dinner dress to assert their alternative credentials by wearing a black suit and standard black tie instead of a dinner suit with bow tie. But then they likely don’t appreciate that even correct “black tie” isn’t actually black, but more properly midnight blue, a blue so dark it looks blacker than black in the electric or candle-light of an interior or the low exterior light of evening.

Certainly there’s a gulf growing between attitudes to the black suit in the fashion world — reluctantly coming to the awareness that the black suit now says more cheap than chic, that it can make all but the most deeply tanned white guy look on the shabby side — and in that of tailoring. Bespoke tailoring, in fact, has long had a right downer on black tailoring, recommending to its bespoke clients the darkest navy, or the darkest grey, as a more upscale alternative, not least because both better set off a more boldly colored shirt or fine gauge knit, with brown rather than (yet more) black shoes. Ask a tailor and the black suit is beginner’s territory: My First Suit, the shiny choice made by new graduates for their first job interview. It’s the choice of the ingenue. Or the pallbearer.

Can the black suit be saved? Of course, an immaculate cut and a lustrous or textured cloth can do wonders for any color of suit, and especially a black one, setting it apart from its ho-hum equivalents. But that costs a lot of money. And perhaps context is key: black can still look the part on a special occasion, and no, bowling on your birthday doesn’t count. But until teenagers and doormen, bellboys and the wider world of corporatewear step away from the black suit as their default shortcut to modishness, it’s going to struggle. Wear one, if you must, to its funeral. 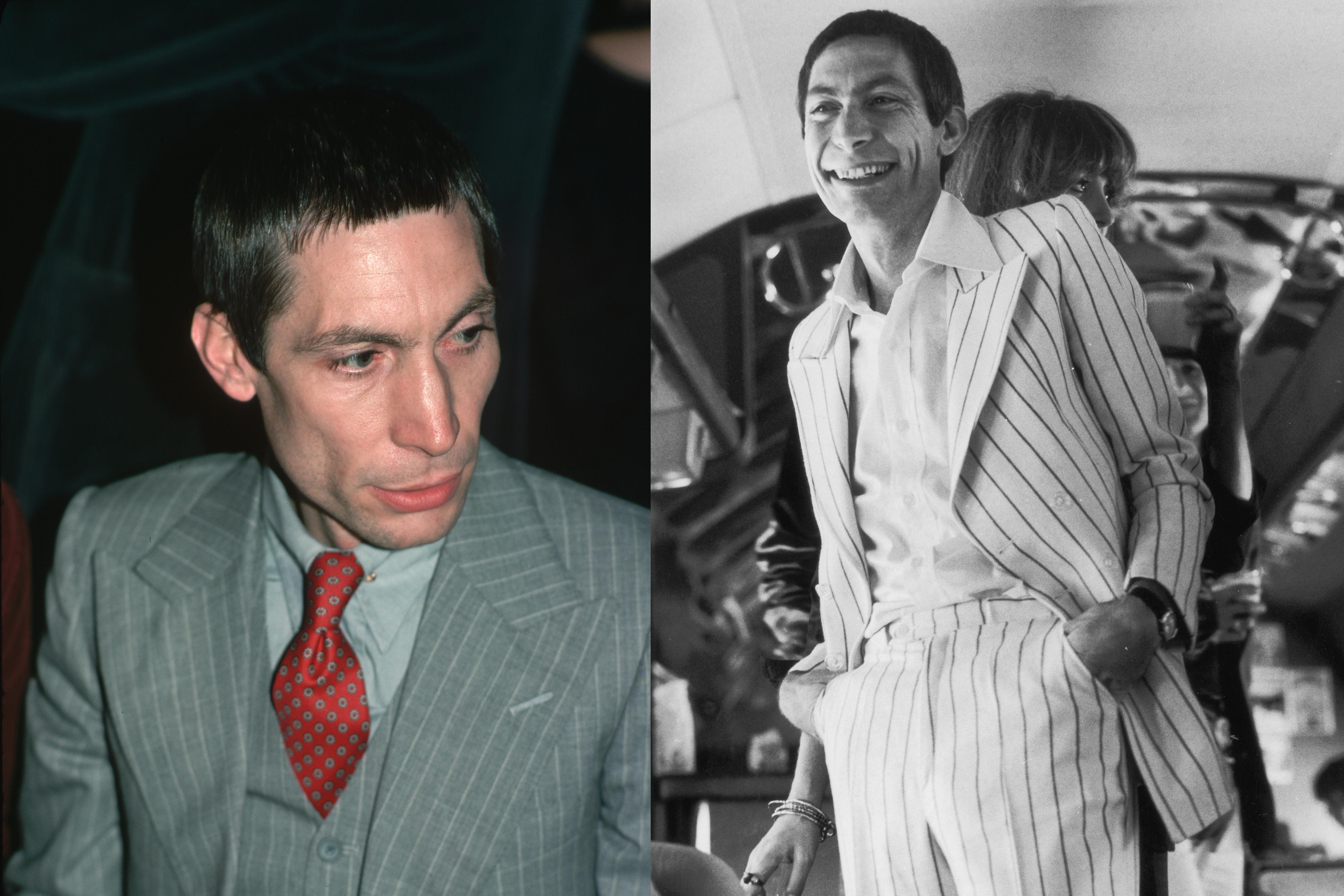 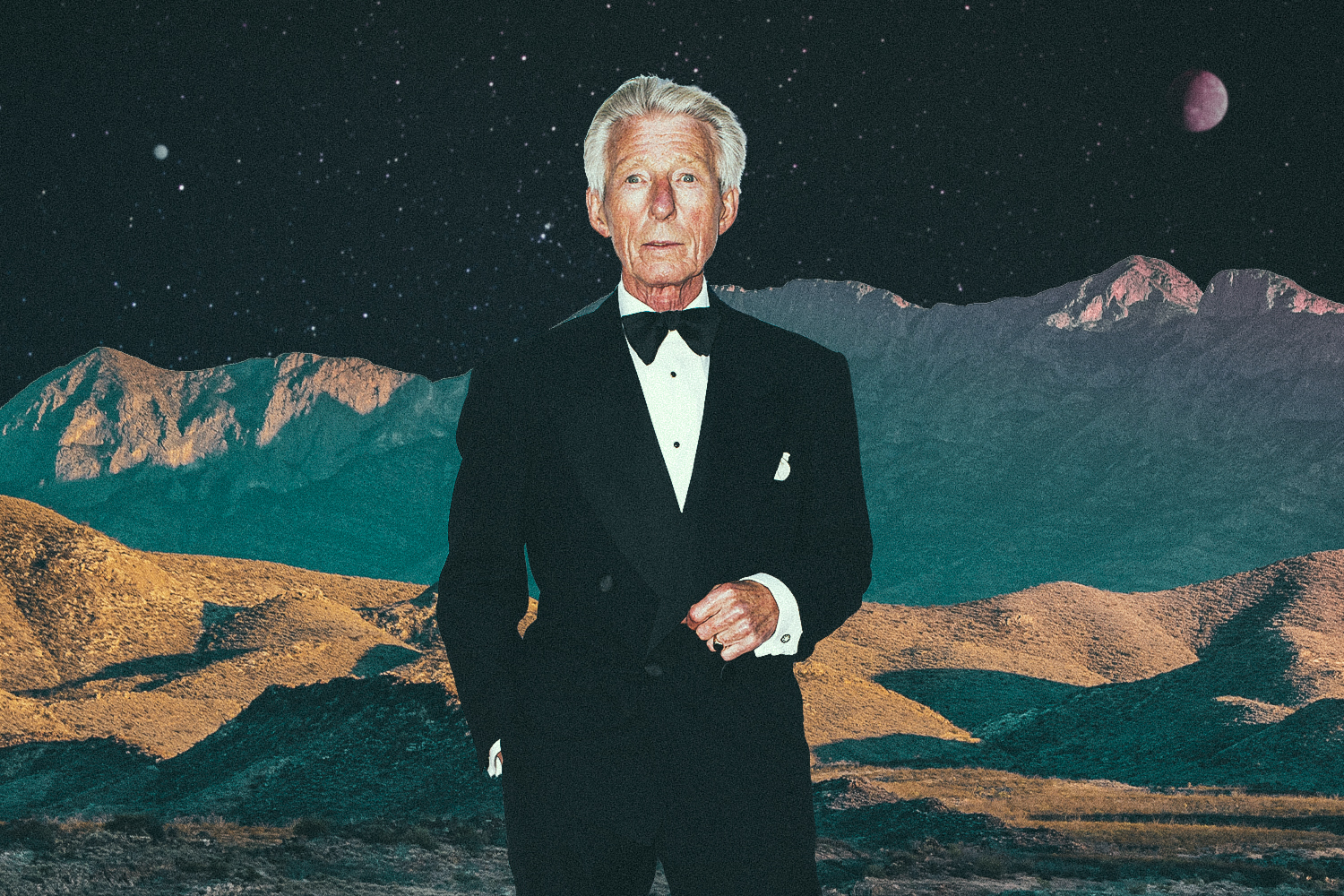 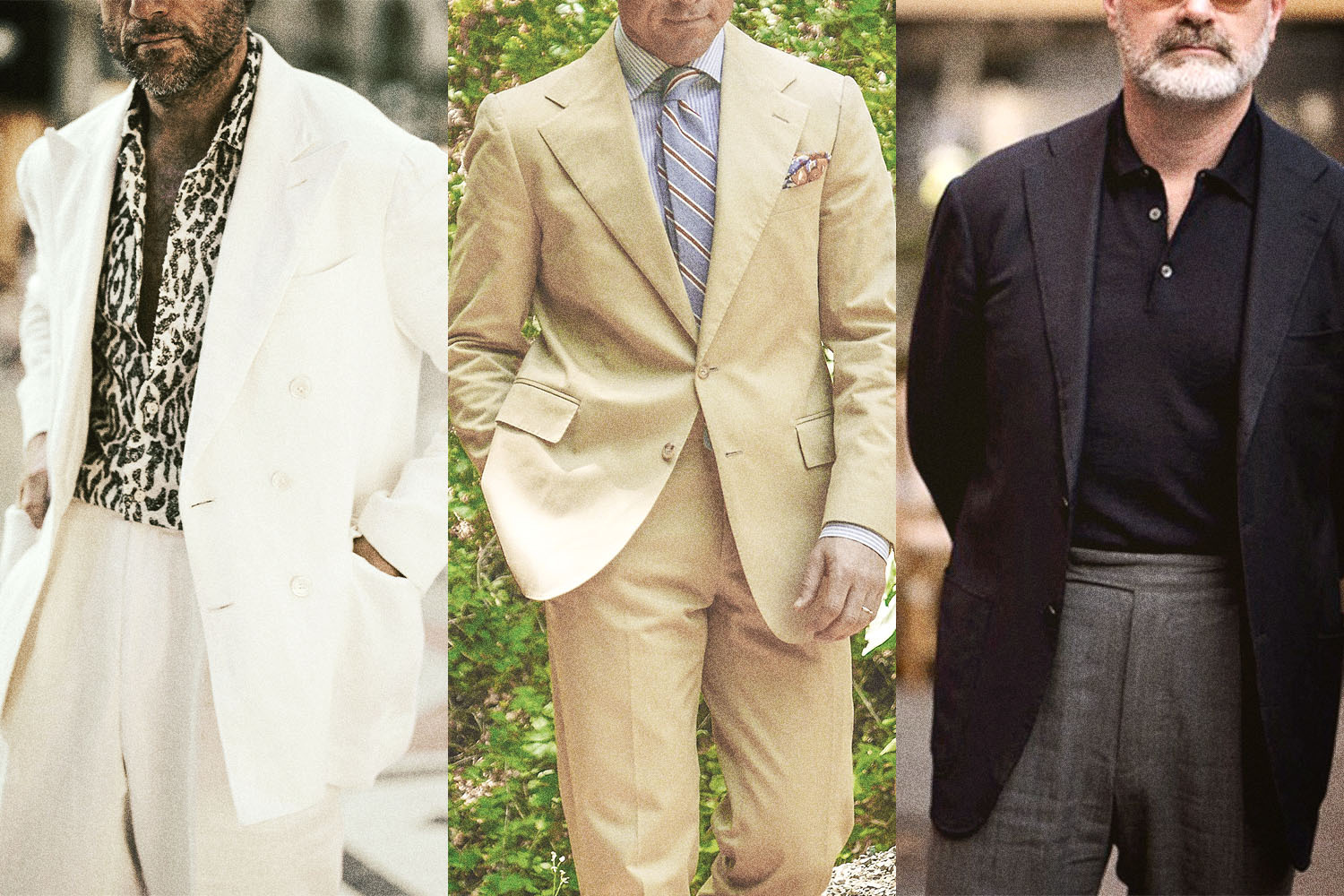 For the Love of Well-Worn, Lived-In and Stitched-Up Tailoring