The American innovators called themselves "the Vagabonds" 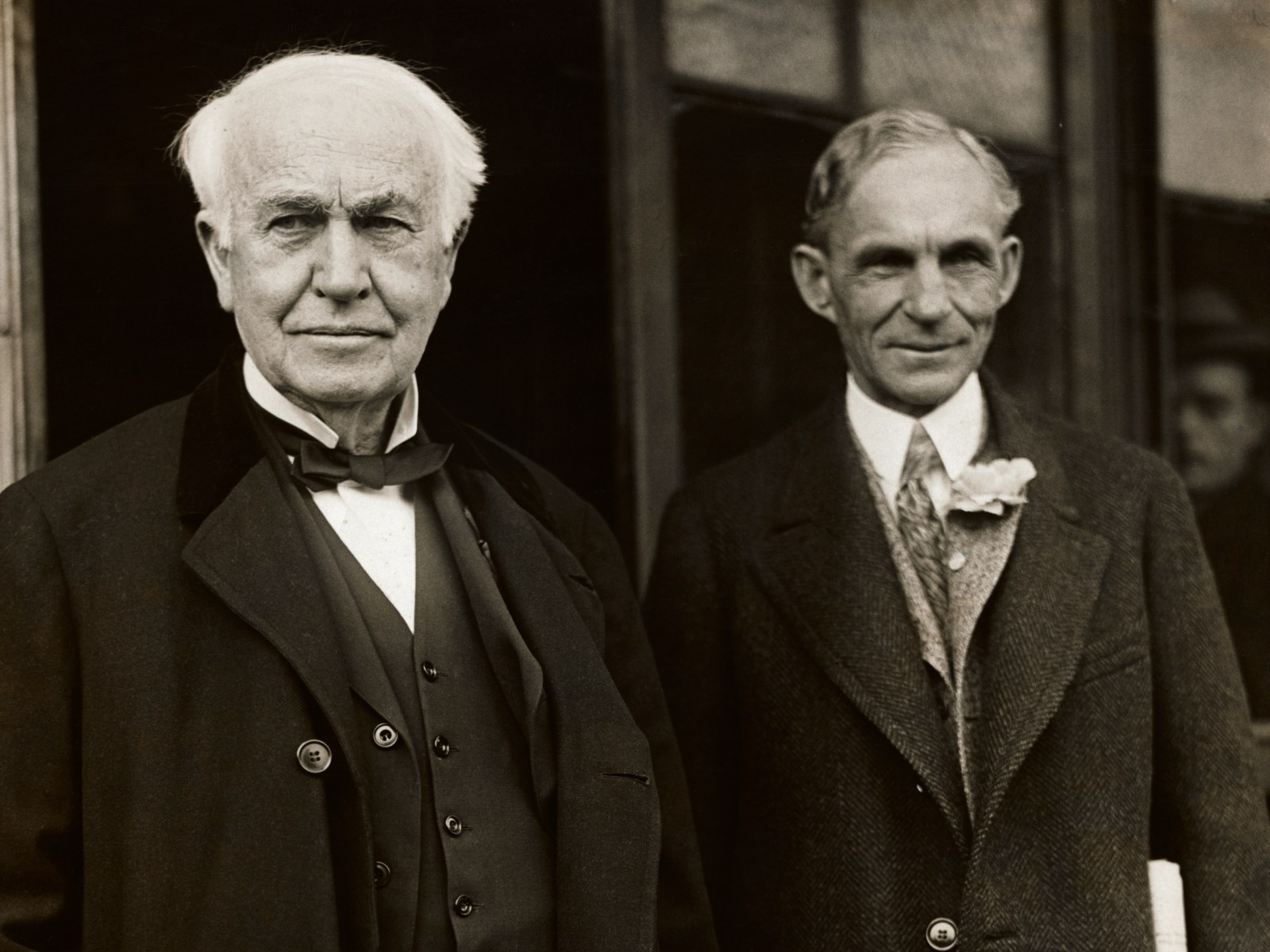 It makes perfect sense that the idea to just hop in a car and see the U.S.A. started with the guy who helped build the American auto industry: Henry Ford. Yet somehow, the story of how Ford, Thomas Edison and naturalist John Burroughs took summer trips together from 1914 to 1925 has gone largely undocumented. The story of these American giants driving around in the days before just about everybody in the country had a car has been pieced together by Jeff Guinn in his new book, The Vagabonds.

Guinn tells the story of the three friends, showing a unique time in American, and world, history, while wars raged and American culture shifted. Yet to his credit, Guinn is never shy about showing just how flawed Ford and Edison were, highlighting some of their darker beliefs, but also painting a picture of just how important, and celebrated, the men were in their time. It’s a unique and fascinating book, and InsideHook is happy to present this short excerpt from it.

The press frantically scribbled in their notebooks. City officials envisioned the next day’s papers featuring front-page stories about Ford’s antiwar diatribe rather than Edison’s glorious reception. Mayor Capps was especially incensed. Within earshot of a reporter for the San Diego Sun, Capps hissed to Ford, “You may know all about a flivver car, but what do you know about war?” The newspaper reported the comment, but not Ford’s reaction. Certain of his beliefs, he may simply have ignored Capps. Compared to vast national interest and respect for anything Henry Ford thought or had to say, what difference did quibbling from a mere mayor make? Ford continued on to the reception, and afterward he and Edison did not have the opportunity to make a grand tour of Exposition grounds because, as the newspapers explained, “the duration of the public reception . . . and the [private one] that followed it had taken more time than had been anticipated.”

That night, Firestone hosted a dinner for the traveling party at an elegant hotel, arranging entertainment by a Hawaiian band and dancers whose performance Ford enjoyed so much that he later hired them to perform back in Michigan. The next day, the group dispersed. Firestone and Ford stayed on in California a little longer, while Edison was anxious to return to his laboratory in New Jersey and took the first train east.

Before Edison left, he had a suggestion. The best part of the California trip had been the drive from Los Angeles to San Diego, free from any demands but their own whims. While Edison didn’t enjoy public appearances, he did savor time spent with friends away from the crushing daily concerns at work. Surely Ford and Firestone felt the same. Why not embark on future car trips, picking a general rural area and route and then going along as they pleased? They could camp—perhaps John Burroughs would come along and point out all sorts of interesting plant life and birds, as had been the plan in 1914 during the aborted visit to the Everglades? Ford was immediately in favor. As he had during his ear- lier New England car and camping trip with Burroughs, he would sup- ply tents and other camping equipment. Firestone would handle daily chores like food purchases and locating suitable nightly camping spots. If wives were consulted, they declined involvement. Mina Edison and Clara Ford probably remembered the Florida fiasco with less fondness than did their husbands. This would particularly have suited Edison— he always preferred the company of congenial men rather than women, who in his experience too often expected to be fussed over.

And besides recreation, the trips would suit business purposes, too. The three men were pragmatic enough to realize that they couldn’t go anywhere, particularly as a group, without attracting constant notice. Their California adventures had just proven that newspapers couldn’t get enough of Edison’s and Ford’s adventures. Everywhere else in the country, reporters would surely vie for an opportunity to write about local visits, and thanks to the recent development of wire services, their stories would appear in newspapers all over the U.S.—publications in cities as geographically disparate as Aberdeen, Washington; Austin, Texas; and Charlotte, North Carolina had just carried wire stories about Edison’s and Ford’s escapades in San Francisco and San Diego. But on these trips the coverage would be on their terms, going where and when they liked, not bound by commitments to fairs and avoiding the hubbub of major cities altogether.

Then or not long after, Edison and Ford and Firestone gave themselves a nickname: They would be “the Vagabonds,” annually joining much of the rest of America in exploring the country by car, doing it per- haps in more cosseted fashion (they weren’t about to set up their own tents or cook simple meals over sputtering campfires) but still, in spirit if not entirely in practice, joining with their countrymen’s burgeoning enthusiasm for gypsying in automobiles. What better way for such rich, famous men to demonstrate their kinship with ordinary Americans? We are really just like you. They weren’t venal; there was no intention of tricking anyone. Their main goal was to have a good time. But few business magnates in America had a shrewder understanding of marketing than Edison, Ford, and Firestone. If rank-and-file consumers liked what they saw and read about, as they surely would, then sales of cars and light bulbs and phonographs and tires would directly benefit, too. It seemed to be a plan without flaw.

From THE VAGABONDS: THE STORY OF HENRY FORD AND THOMAS EDISON’S TEN-YEAR ROAD TRIP by Jeff Guinn. Copyright © 2019 by 24Words LLC. Reprinted by permission of Simon & Schuster, Inc.