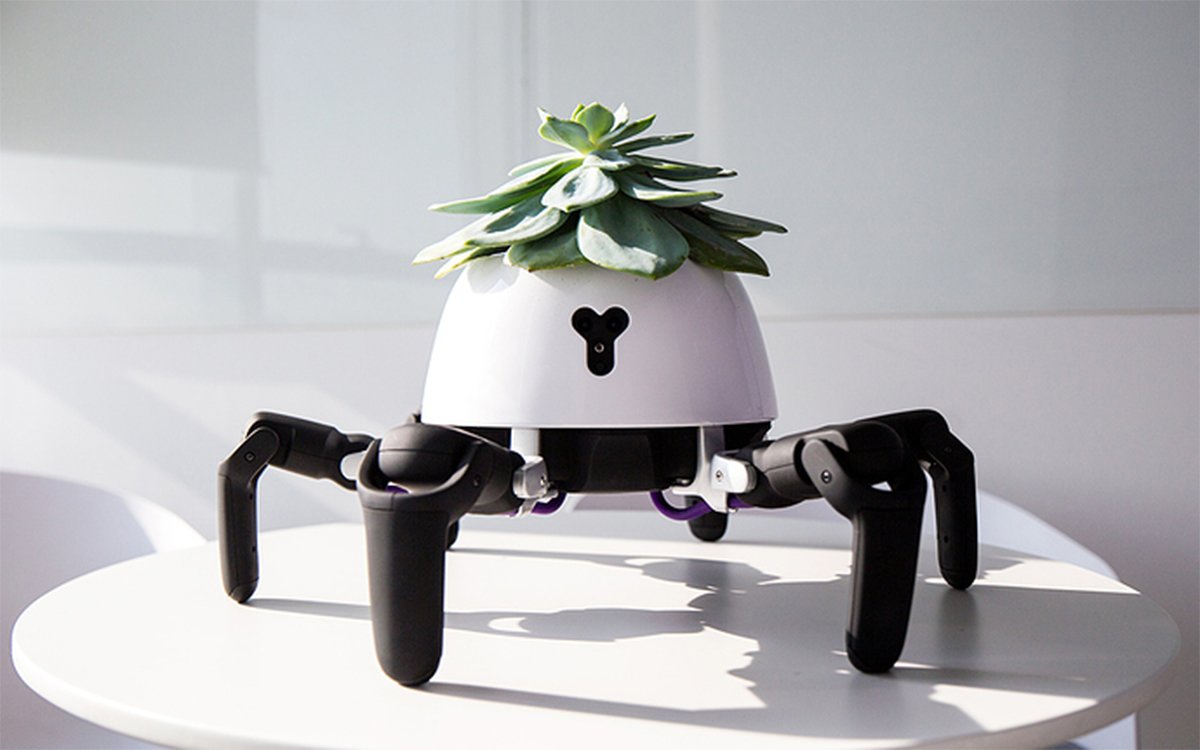 In a sea of scary and weird AI news, it’s a relief to see something cute and weird for a change. By which we mean: Shove over, BB-8. There’s a new adorable robot assistant in town.

Roboticist Tianqi Sun modded one of the programmable HEXA robots from his company Vincross to recreate an earlier design he’d made for a walking, sun-chasing plant pot, which he was inspired to invent after a poetic encounter with a dead sunflower that had been planted in the shade (it’s not called a shadeflower, after all). He wondered what it could look like if the plant had been able to save itself by moving to a more optimal environment.

That’s the short, non math-related origin story for this spider-like sun-chasing plant pot, which was then produced as part of the robotocist’s exhibition Sharing Human Technology With Plants. The base for this little robot, after the success of the exhibition, turned into a Kickstarter for HEXA, a project with ambitions to provide an accessible entryway into robotics via its highly maneuverable, six-legged programmable robot. The robot is six inches tall, just over 15 inches wide and has a 720-pixel camera with night vision.

When it needs water, it stomps:

When it’s happy (adequate water and sun), it dances:

It also searches out sun or retreats to the shade as necessary:

And spins to ensure all its leaves get sun:

It “plays” when you tap its carapace:

Is it practical? Not exactly. But the robot has far more applications than being easily transformed into a plant-friendly companion. The HEXA base can be programmed with any number of other functions as well, from remotely controlling your remote controls (it learns the transmission signal and can trigger it if, say, you’ve fallen asleep with the TV or stereo on) to being a little Mars Rover of sorts, equipped with a camera and able to navigate tough terrain.

Details about the mod plans for the HEXA pot are here, as well as tutorials about the technology the platform runs on.