An ode to the athleisure brand's dependable no-shows 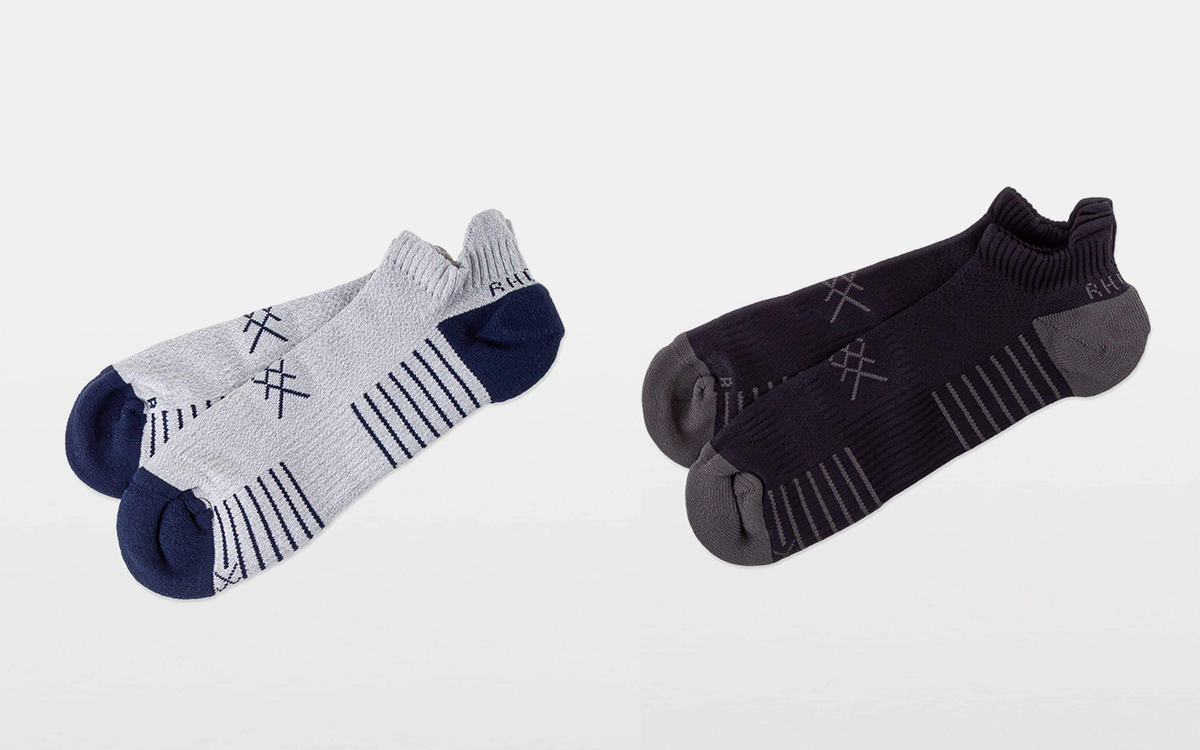 Socks had a good decade.

Once an afterthought, socks are now afforded the same thought and tech usually reserved for the sneaks they burrow into. Especially in the performance space. Fledgling sock brands like Stance and Bombas both bring in tens of millions in revenue each year, and traditional powerhouses like Nike and Adidas now have yearly lines for every sport imaginable.

If you look in your sock drawer each morning and see a stew of sweat-stained tubes from the 80’s, you should probably get in on the action. There’s no sense in spending $150 on a pair of running sneakers only to fetch blisters and rashes from low-grade cotton that slips and can’t handle the occasional puddle.

In the interest of helping you find the right pair, I stump hard for Rhone’s Performance Ankle Sock, a nylon no-show that’s designed explicitly for running, but works for virtually any work-out activity. Rhone famously spends four times more on its fabrics than its competitors, and that practice doesn’t exclude its socks; each is reinforced SilverTech threading, an antimicrobial fabric initially developed for American military operations in Iraq.

Couple things here: 1) thanks to the antimicrobial function, they don’t smell. At all. And 2) they’re super insulated. It honestly feels like someone cut a sock shape from one of Rhone’s performance quarter-zips. I’ve worn these during a hot yoga class in New York, I’ve worn them on a muddy hike in Hawaii, I’ve worn them on a run in Edinburgh. They anchor well in a sneaker, and the silicone pad at the back is clever, ensuring that the heel won’t chafe — neither from the sock, nor by rubbing against the back of the shoe.

They receive high marks in terms of style, as well. Grown men need to stop wearing white calf socks when exercising. Leave ’em for ACC lax bros. These socks stop at the ankle, obviously, and come in a few basic colors, with Rhone’s three interlocking X’s logo displayed subtly across the front. 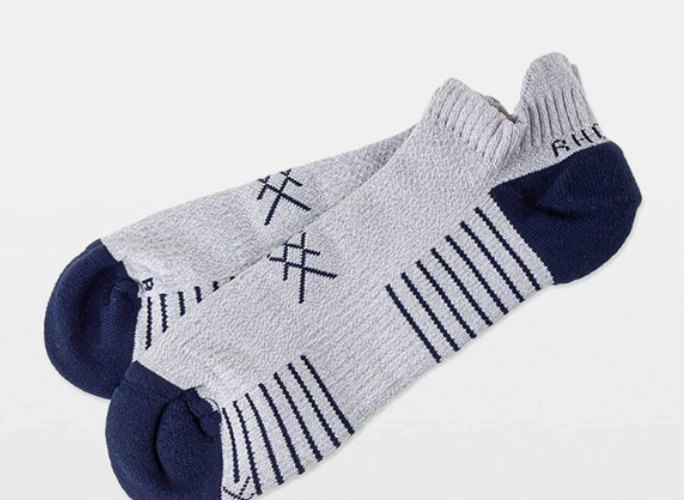 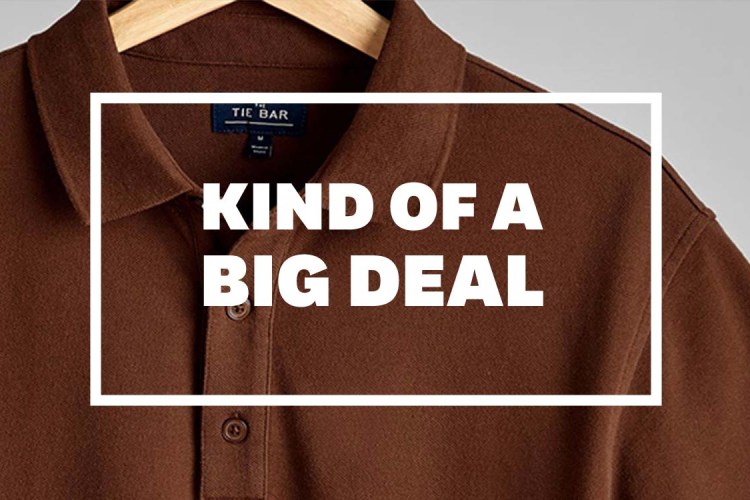 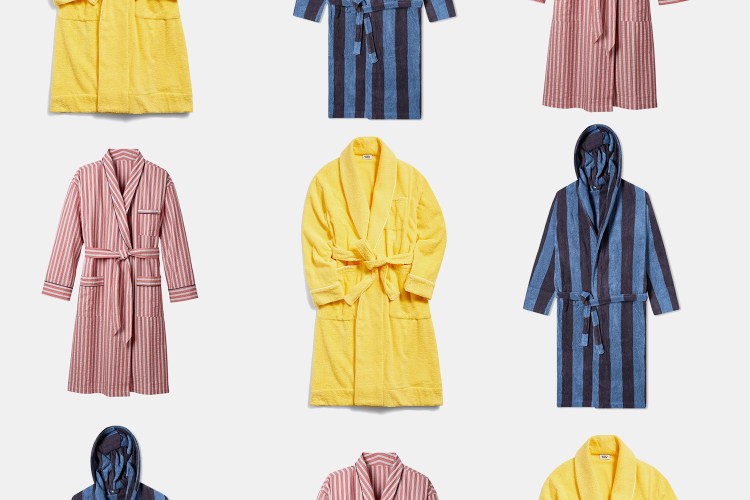 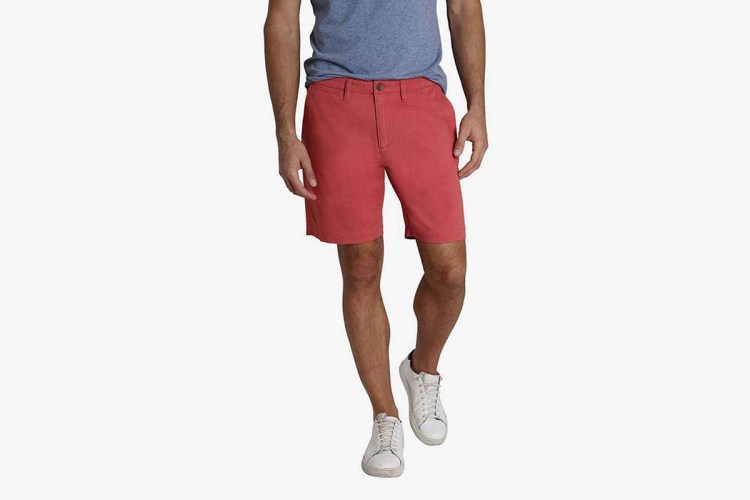 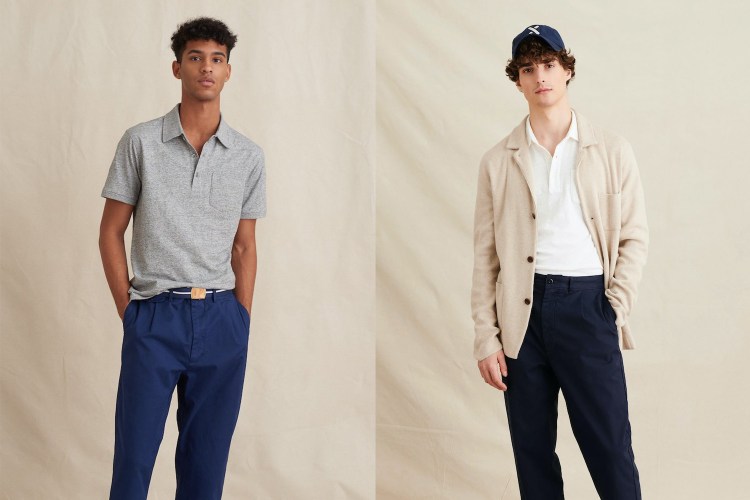