Anyone looking for a helping hand?

Industrial exoskeletons have been in development for years in efforts to increase the strength and reduce injuries of workers. One of the most accomplished is Lockheed Martin’s FORTIS, which began as a project to assist U.S. soldiers and then moved on to the industrial realm.

But now, human augmentation is available for anything your heart desires, even though your heart may not be able to handle it alone.

The new offering: the FORTIS Tool Arm. Basically, it’s the main weight-bearing component of Lockheed’s whole-body system, which up ’til now hasn’t been available separately. As New Atlas writes, it is “a static version that is set up at a workstation as a simpler, less expensive aid.”

Just strap it around your waist and hoist up your tool, up to 50 pounds. By transferring the object’s weight to the ground — via a series of joints at the hips, knees and ankles — you’ll be able to stay in Tim Taylor-mode longer.

Hey, we’re all for fewer injuries, but does alleviating exertion mean we’re looking at the demise of old man strength? It’s no secret manual labor is going the way of the dodo here in the U.S., but it’s sad to think of a world where grandparents can’t whup you in arm wrestling.

But why distill the FORTIS down to one piece? For one, the entire exoskeleton starts at around $23,320. No price announced yet for the Tool Arm alone, but they’d be happy to give you a quote. 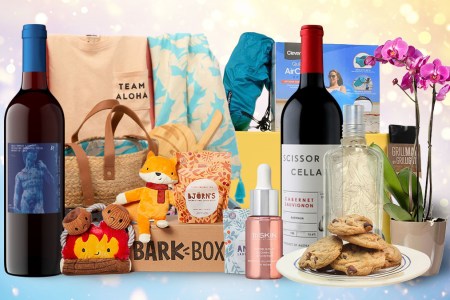