Joe Wagner’s name carries weight in the wine world. His surname equates to Napa royalty thanks to his family bestowing Caymus and its celebrated Cabernet onto the masses. The fifth-generation winemaker’s penchant for producing popular prize-winning Pinot Noir has allowed his moniker to stand out on its own merit, even after he stepped away from the family business and launched his Copper Cane wine portfolio in 2014. His downtown Napa restaurant AVOW and adjacent tasting room Quilt & Co. further deepen his status as a known California wine country commodity.

With his most recent venture, Wagner’s allowing his name and its associative gravitas to fade into the background. In September, he officially entered the spirits business by debuting a bourbon, rye, single malt and two brandies under the banner of his new Isla de Califa distillery.

It’s a move that’s actually on-brand for Wagner; he’s carried the reputation as an out-of-the-box thinker since he began pursuing Pinot instead of classic Napa Cab, to the point where he struck out on his own so his family’s portfolio could remain Cab-centric. But it’s also a venture into uncharted territory. His new venture puts him in front of a relatively new audience – spirits aficionados and oenophiles tend to be two distinct groups.

Wagner admits his name will only carry him so far in this new liquid medium, although he’s not entirely worried about this. “My reputation will only help draw attention from the ‘gate keepers,’” he says. “You know, the distributions and buyers out there that know about our wines off the bat. Once others outside this group take a chance on us and get it to the beautiful lips to the drinker, we will see what they say. I think it will be well received.”

Technically speaking, Wagner is not the person operating the stills at Isla de Califa, located some 110 miles southeast of Napa in the city of Modesto. He leaves that in the capable hands of Master Distiller Jesse Saunders, who made his bones as lead distiller for Napa’s acclaimed Lock & Union Distilling before joining Isla de Califa in late 2020.

However, the juice doesn’t happen without Wagner’s direction and influence. Most of the grains used for the spirits are estate-grown, and Wagner sources everything else that’s needed from his network of trusted purveyors. Some of the techniques used in the making of the spirits run parallel to Wagner’s own winemaking tactics; he likens the use of cold fermentation in the distillation process to the use of malolactic fermentation in his winemaking, for example, explaining that both tactics help build mouthfeel in the respective juices.

Wagner is also a known experimenter (“I ruined plenty of wines in my life in an effort to make them better”) and this tendency to tinker lends itself to innovation with his spirits. For instance, he works with a cooperage to carefully disassemble American and French oak barrels and reassemble them into hybridized bourbon barrels built from alternating American and French oak staves of differing char and toast levels. It’s a tactic that exemplifies Wagner’s willingness to approach spirits without fear of failure, something that carries over from his winemaking.

“With each new spirit and each new varietal comes lots of research and trial and error,” he says. “There are so many variables that go into both processes, which means there are so many things that can go wrong. But to me, figuring out what works and what doesn’t is the fun part. Besides, you learn as much from the losses as you do from the wins.”

Wagner’s winemaking philosophy extends to the exterior of the spirits bottles. Much like the Pinots he produces within his Copper Cane portfolio, Isla de Califa boast different titles, with only the single malt sharing the distillery’s name. According to Wagner, giving the different expressions names like Gryphon + Grain for the bourbon and rye and Bishop’s Eden for the XO apple brandy allows each spirit to reveal its own personality. “Like our wines, I believe each brand must have a focus and a story to tell about that focus,” he says. “That’s why I did not put all the spirits under one brand name. The different spirits brands hold individual character and stories, just as the spirits do themselves.”

Wagner’s foray into distilling points to a practice that’s gained some traction in Napa in recent years. Notable wine figure Jean Charles Boisset of the Boisset Collection, whose Napa portfolio includes Buena Vista Winery and Raymond Estates, started making vodka and gin under his JCB Spirits line in 2018, and is in the process of opening a brewery and spirits tasting room in nearby Calistoga. Sonoma-based Daylight Wine & Spirits debuted their initial bourbon and rye offerings in 2021, after years of building a sturdy reputation as an independent winery. The 2020 opening of E&J Gallo Winery’s California Brandy House marked Napa’s first tasting room devoted to upscale California brandies, which is somewhat surprising considering brandy has been part of Napa’s narrative for decades.

The crossover between the wine and spirits worlds possesses the traits of a burgeoning trend. In Wagner’s case, dipping his toe into distilling didn’t come from a desire to involved in what could bloom into Napa’s next big thing. Rather, his entry into the spirits world scratched a long-tingling itch. “I don’t think people were surprised when I announced that I wanted to expand into spirits,” he explains. “Growing up in California agriculture, I always had a curiosity in creating spirits that would embrace the ethos of cultivation of the land, which all stared with our wines.”

The fruits of his curiosity will hit the market at a deliberate pace. They initially launched in Northern California and Colorado in September, and plans for market expansion are conservative, partially because they’re limited on what they can produce. Still, Wagner’s eager to share the results with as much of the public as he can. He’s also enthusiastic about the possibility of supporting other Napa winemakers that decide to take the same path toward distilling. “I’m excited to see how other producers may put their own spin on spirits in the future,” he says. “Inherently, the wine and spirits world is full of camaraderie. We all look out for each other, learn from one another and believe a rising tide lifts all boats. When we work together like that, the customer always wins.” 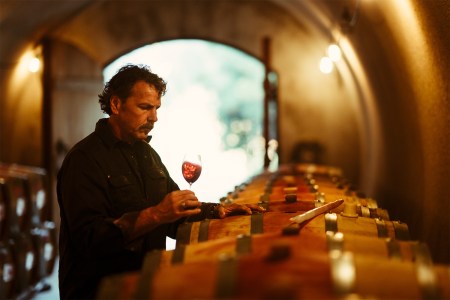 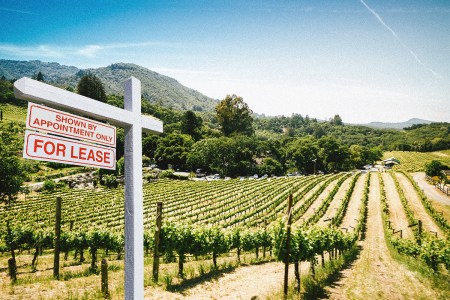 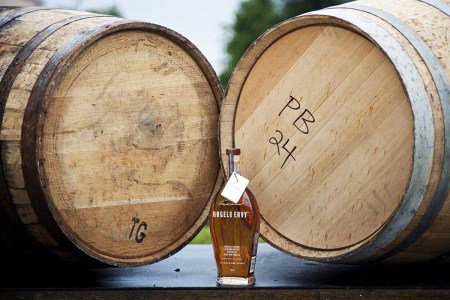