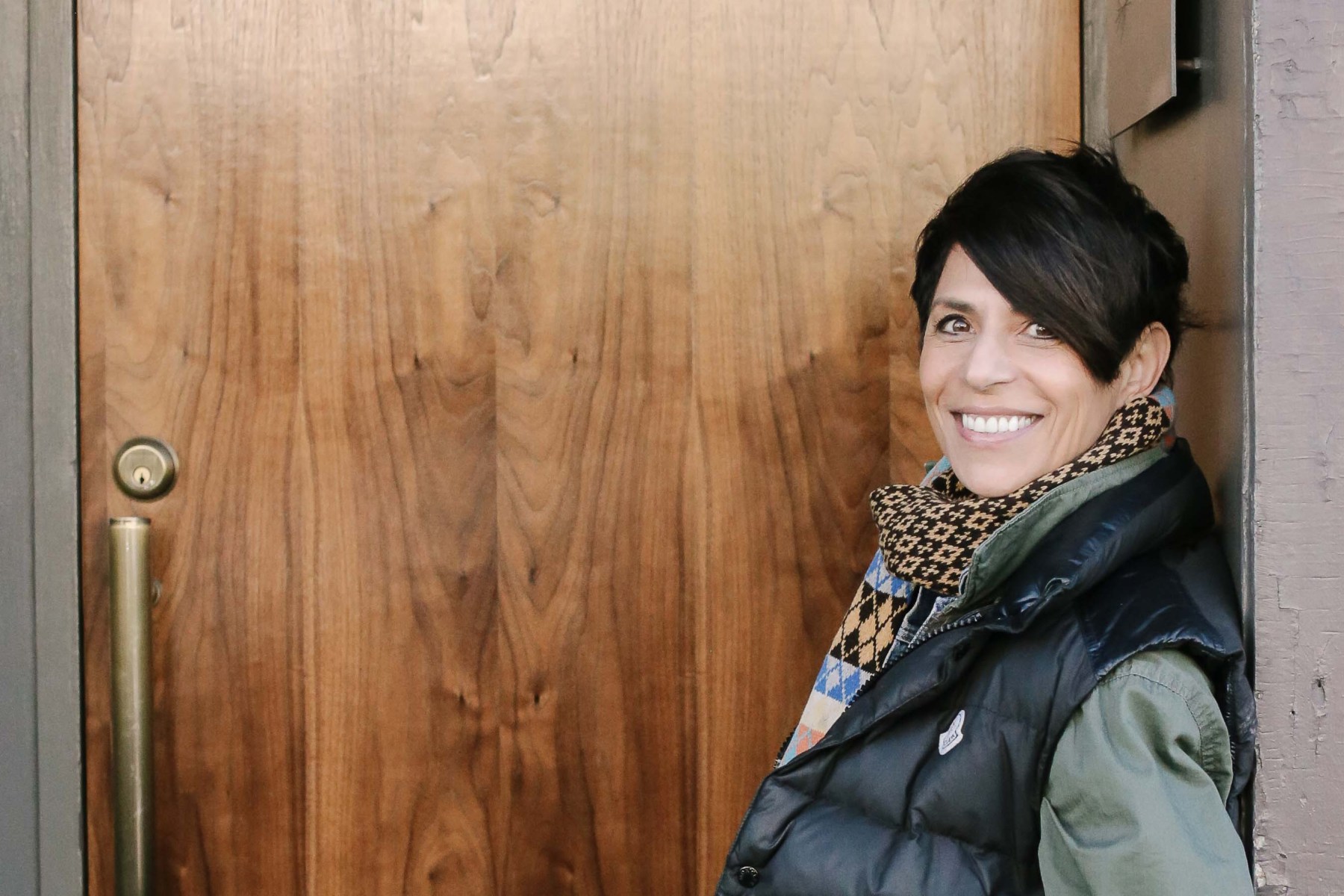 Many — most — chefs would be content to bask in the glow of their three Michelin stars. Not Dominique Crenn, who’s waging a revolution in how the Americans and the Western world at large consumes food. The year 2020 would have been a paradigm shift of a year for Crenn — the first woman chef in the U.S. to earn those three stars — even without the COVID-19 pandemic radically changing the way she runs her three San Francisco restaurants: Atelier Crenn, which has remained open for takeout; Petit Crenn, which will be reimagined as an épicerie fine; and the flagship Atelier Crenn. In December, she proposed to actress Maria Bello in Paris; the now-engaged couple spent part of quarantine on their Sonoma farm. And this week marks the launch of her memoir Rebel Chef: In Search of What Matters, equal parts personal history and personal manifesto.

Here, she speaks with InsideHook about how she wants to transform the food industry from the inside out.

Ed. note: If you missed Chef Crenn’s recent installment of First Meal Back — where she dishes on the meals she misses most and what she’s been up to in quarantine — you can check that out here.

InsideHook: How are you doing?

Dominique Crenn: I’m doing great. We’re spending a lot of time at the farm. Atelier Crenn is open just for takeout,  and we decided to use the farm to create dishes with purpose — mostly vegetarian until last week, when we did a menu with trout, in partnership with a fisherman we know up north.

We’ve been cooking weekly with UCSF, to donate food to the medical workers, and we work with a domestic-violence shelter, which was very important to me. Now we’re creating a way to work with underprivileged children and elderly people. We’ve been busy, trying to feed the community.

How has confronting the pandemic changed your philosophy on food, if it has?

Food is medicine, and as a chef, you need to be responsible for the way that you cook food, where you buy your food, making sure that the community and the farmers are at the forefront of everything. COVID, this crisis, should not be a shock — it was going to happen because we’ve forgotten how to treat the planet. I’ve done it, too. We took it for granted.

We have to wake up. I’ve been a big advocate for fighting climate change for many years. I did a TED Talk in 2010, and I asked the audience to pledge to be conscious about how they’re eating and how they buy food and how they shop, because we were in trouble. And that was 10 years ago!

Is there a silver lining in any of this for you?

I’m hopeful in a way for people who’ve been able to cook at home — who’ve realized that cooking is not just cooking; you need to go and pick up your vegetables, you need to go to the market. You need to take care. You’re bringing love to the way that you’re sharing with others. Doing that every night with your family, I think, has brought a lot of intimacy with each other. I’m very hopeful that will continue.

Why do you think this problem is so acute in the U.S.?

It’s a very young country. And we should not position it as the best country in the world because we’re not — we have so much to do. Up to the 1930s, the 1940s, America was a land where people were producing food. And then [came] the industrialization of food, which killed the growing power of young farmers and the way we used to eat. Then we had the TV dinner. And now our kids have no idea where their tomato come from or where the bananas come from. America became a land of greediness, of convenience, while killing the little farmers. And guess what? It’s a huge problem right now. I’m not angry that those factory [farms] are dying off.

When you look at COVID, a lot of the [health] problems are due to underlying problems [caused by] the food that people have been eating for all these years. That comes from all those fast-food places in underprivileged communities. Up until the 1960s, the best food in America was in the African-American communities. It was healthy and yummy — food cooked from the ground up. And then through the years, we crushed those communities, and we put fast food everywhere.

Why work in the U.S. rather than staying in France, where the attitudes about food are so different?

When I came here, I was like, “What is this country? I’m going to struggle here.” But I came because there was a  sense of freedom that I didn’t feel in France. I was very creative at a very young age — I had a lot of ideas, and I felt a little silenced by the bureaucracy of my surroundings. Coming to America, I felt like I could become whoever I wanted to become, without people judging me.

I moved to America in the ’90s, and I was shocked that it ranked so high in terms of people suffering from disease. And I said, it has to be with the way they’re feeding themselves. And it was proven. They’re not eating food — they’re eating shitty things. When you know how a chicken nugget is made, it’s 39 different ingredients in the chicken nugget. It’s not chicken! When you see how they make burgers, it’s not meat; it’s a byproduct of meat. We have to be aware of this: How can we make food that is not expensive and can feed the community? I think we can. And I love taking on that challenge.

What are some small ways that you practice that advocacy?

When they created plastic in the 1960s and 1970s, people thought it was the greatest invention. On one side, sure — but we didn’t talk about the consequences. What are the consequences when plastic isn’t biodegradable? We’re seeing the consequences with that today, for the last 10 or 15 years. It’s a disaster.

How did the book come about?

Penguin came to me three years ago about writing a book, but we knew that Penguin doesn’t do cooking books. They said, “No, we want her to write a book about herself and her reflections on the world.”

I always wanted to do that. I’m trying to use my platform as a chef to speak out, but sometimes it doesn’t resonate with people. They look at me, like, “You should just cook — shut up.” They’re afraid of change. But I’m not afraid because this is the right thing to do.

What’s the next step? Have you ever considered a TV show?