Real talk, how comforting is garlic bread? I don’t know one person who doesn’t like it. Aside from perhaps the finish line of a marathon or a convention for celiac vampires, I cannot think of a situation in which its crispy, buttery, garlicky goodness wouldn’t be a welcome addition. The appeal is universal. So universal, in fact, that when a (fake) tweet surfaced in 2015 from rapper DMX insinuating that garlic bread was, in his opinion, superior to sex, it was meme’d to the end of the internet and back — the idea of DMX speaking our collective truth regarding garlic bread was just too damn good to ignore.

I was recently eating a wonderful bowl of pasta prepared by my wife and, lamenting the fact that I did not have a piece of The Official Best Friend of Pasta Since Forever, decided to hack one together out of a hamburger bun, some butter and a little bit of garlic salt. It wasn’t mind-blowing, but honestly it wasn’t half bad. It did the trick. And more importantly, it got me thinking: if you were in a pinch, what could you successfully make garlic bread out of, really?

The bare minimum of research turned up this recipe for roasted garlic butter from homemaking kingpin and erstwhile shank cover crocheter Martha Stewart, which looked tasty and also like something that would just be handy to have in the fridge. I decided I would make this butter (it turned out to be very easy/delicious, if you take nothing else away from this inane exercise please let it be the roasted garlic butter), apply it to various breadstuffs, put them in the oven, and record the results for posterity.

And listen — before any Italians out there jump up my ass about how this isn’t the proper method of making garlic bread or how none of these things actually constitute garlic bread in a meaningful sense, let me just say for the record that … this isn’t that serious an endeavor. It is merely a friendly experimental collaboration between yours truly and Martha Stewart (+ my ever-present inspirational co-pilot, marijuana).

Let’s get into it, shall we?

This works best if you toast the bread first, spread the butter and then toast it again a little bit, but overall totally delightful. Like eating a thinner slice of Texas Toast, which everyone knows is just garlic bread wearing a cowboy hat.

Score: 9/10, could be thicker but certainly not a dealbreaker.

Tbh, something about the taste of the wheat bread (a sweetness, maybe?) didn’t entirely jibe with the garlic butter, but if it’s between this and no garlic bread at all, I’m choosing this every time.

I thought for sure that this was going to be worse than the wheat bread, but surprisingly the heartiness of multigrain played very well with the garlic butter — I feel like this would pair very well with a rich dish like gnocchi with some kind of meat ragu.

Ok, so owing to the fact that I don’t know jack shit about cooking pitas, this basically just turned into garlic butter pita chips — which, while delicious, did not truly satisfy the role of garlic bread in accompanying my pasta.

Garlic naan ain’t nothing new, and it’s for a reason — the reason being that this shit right here will blow your doors clean off.

Pretty damn good, though a hamburger bun is deceptively dense and thus required a second buttering to really get there. Note: Martha Stewart recipe a major upgrade from the aforementioned regular butter/garlic salt combo.

Similar density issues to the hamburger bun, and the bun’s surface makes it tough for the butter to truly penetrate effectively. Dig the shape though — kinda like eating a lobster roll without the lobster, which is more fun than it sounds.

If you owned a diner and you just started sending these out with your breakfast plates instead of regular buttered English Muffins, you would soon have a line around the block for brunch and Pete Wells calling you a culinary genius on Twitter.

Ok so I know that no one is actually going to re-bake their pizza crust in a situation like this, but even just spreading the butter on the crust yielded something positively next level — my wife doesn’t even typically eat pizza crust, and when I went to take a piece off of her plate I looked up to see her giving me a “fuck around and find out” stare and brandishing a knife.

Again I eschewed the oven, because putting a tortilla in the oven seems like putting a dog on an elevator — there are situations where it must be done, but it goes against the laws of nature and should be avoided if at all possible. Instead, I spread a liberal amount of the butter on the tortilla, toasted it in a pan and kinda folded it over, like a quesadilla with no cheese inside. At which point I promptly repeated the exercise with cheese and enjoyed perhaps the best damn quesadilla of my entire life — I’m lactose intolerant and the resulting discomfort was totally worth it.

Score: 11/10, would eat and refer to as “cheesy garlic bread, Mexican-style” again. 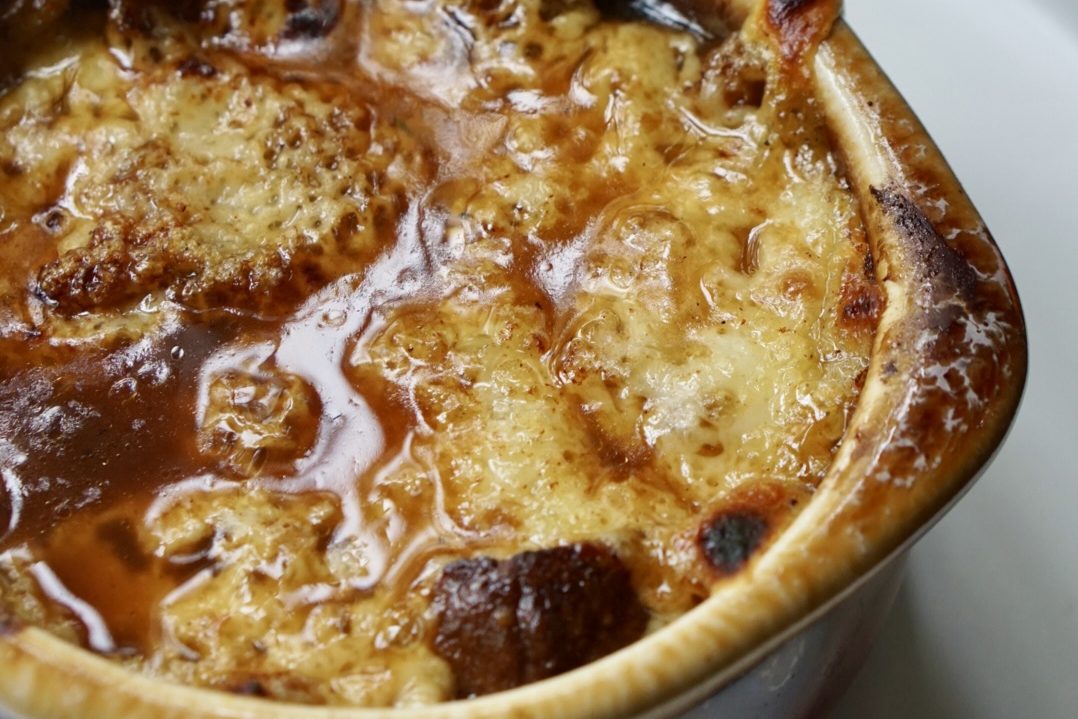 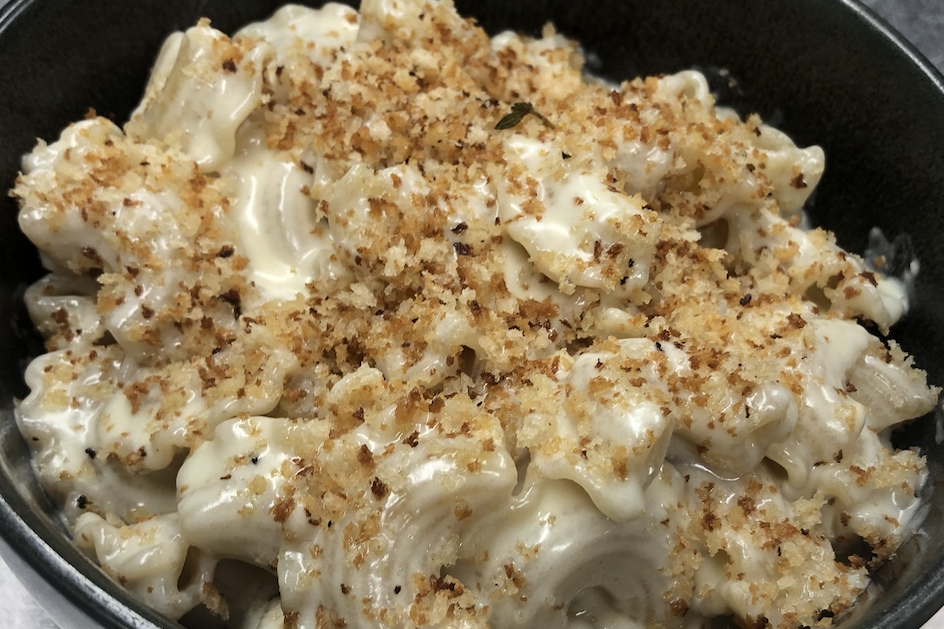 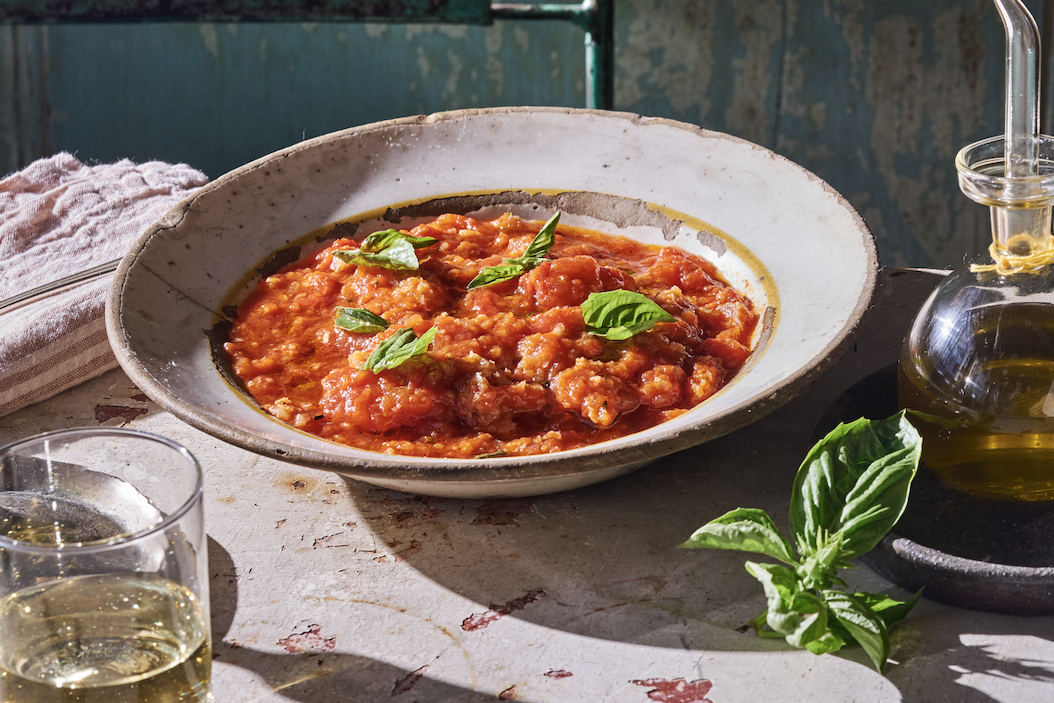