To keep tabs on every San Francisco restaurant and bar opening is folly. But to keep tabs on the most worthy? Yeoman’s work, and we’re proud to do it. Thus we present Table Stakes, a monthly rundown of the five (or so) must-know spots that have swung wide their doors in the past 30 (or so). Bon appétit.

Sometimes it feels like there’s not much of old-time S.F. left. And then sometimes, like a brigade of housing activists storming a home-sharing Svengali’s ivory tower, it comes out in full force. Like when Sam Wo, the Chinatown institution, came up against the Department of Public Health in 2012.

The city inspectors were just doing their job. So Sam Wo’s supporters did theirs. In a scene recorded by S.F. Gate, “priests, hippies, architects and politicians all testif[ied] one after the other.” That’s the spirit of the old-time S.F.

The people won out — as did fans of a Chinatown restaurant that can trace its beginnings almost clear back to the Gold Rush. Sam Wo is back: on Clay Street, now, and sporting a menu with prices that reflect, we suspect, legal fees and construction costs.

The details, along with our favorite new French place in town and three other delicious boîtes, below.

When the owners of Chinatown institution Sam Wo came up against the Department of Health in 2012, they were backed — as S.F. Gate memorably recorded the scene — by “priests, hippies, architects and politicians all testifying one after the other, the line looked like the Canterbury Tales.” Now the fruits of that goodwill have arrived, with last week’s opening of the new Sam Wo. The updated joint is a couple blocks away and a few seats bigger, but basically the same. Which is as it should be. Just, you know, cleaner. May it reign supreme another 100 years. 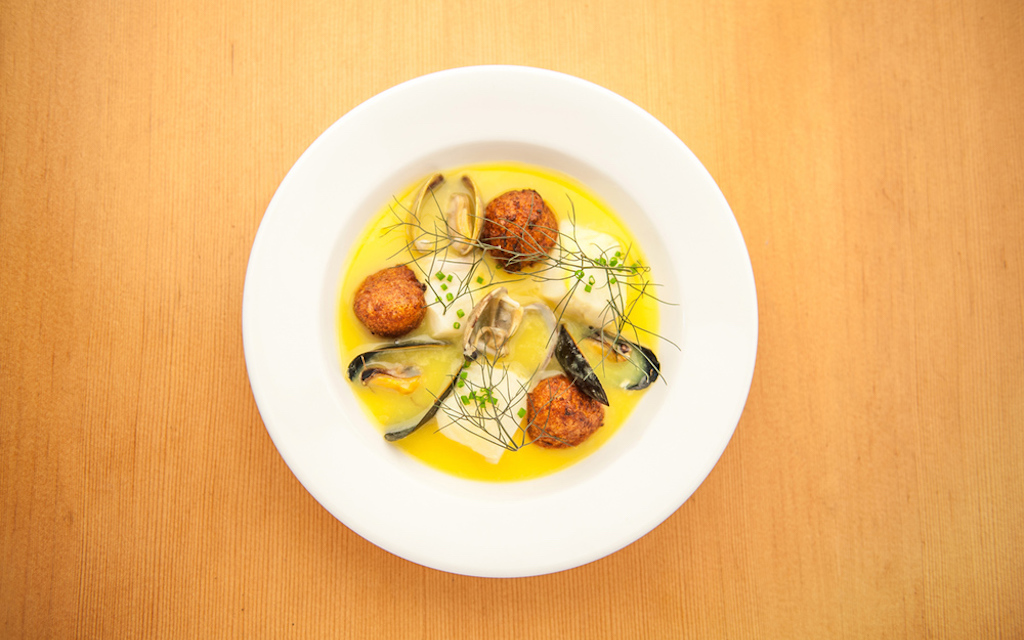 San Francisco has long been the most Euro-leaning of the West Coast cities, and local Francophiles have plenty to fête with this 7,500-square-foot Mid-Market temple to all things French, including eateries, classes (the next four are booked — but stay tuned) and a bar. It’s the latter, in fact, where the local influence is most evident: our own local Master Cicerone Rich Higgins, who’s overseeing the beer program, is offering his own tutorials — including one tonight (Beer, Bites and Brewery Tour) that’s not yet sold out.

Gabriela Cámara, a culinary star in her hometown of Mexico City, has just debuted her first stateside restaurant: Cala, whose name (“cove” in Spanish) underscores her fish-centric dinner menu. The Mid-Market space is pure S.F., with interiors courtesy of the same design team behind State Bird Provisions, and an exciting addendum planned to open later this month: Tacos Cala, a lunch-only spot with a separate entrance on Hickory Street. It’ll offer Cámara’s take on tacos de guisado, commonly seen in Mexico City’s food stands. No seats, but you were probably planning on eating at your desk anyway.

Dominique Crenn has two Michelin stars for Atelier Crenn, the Hayes Valley restaurant that pays homage to her father, a painter. Now she’s exploring her maternal family’s Breton heritage with Petit Crenn, in the space of the former Bar Jules. The French influence is equally as evident in the run of show as it is the menu: there are two seatings per night, with the sole option being a $79 tasting menu. À-la-carte-ers and walk-ins can grab a seat at the bar. Breakfast will be served French style (think coffee and a newspaper, not bacon and eggs). Reservations canceled within 48 hours will swallow the cost. But of course, it’s all worth it for Crenn’s creative, sentimental and eclectic menu.