The 10 Best Chicago Restaurant Openings of 2016

A full calendar year, in things that taste good

Thankfully, there were loads of ways to wash that bad taste out.

Namely, the Chicago restaurant openings that made this year one of the most delicious in recent memory.

So, here they are: our picks for the best of the best, from a tiny little spot serving up big Midwest flavors to a restaurant that just opened last week but already has us scheduling return visits.

The genius behind this concept from former Nightwood chefs Jason Vincent and Ben Lustbader is it’s everything we love about eating out in the Midwest … but not. Forget that the restaurant is a sliver of a dining room. It’s Vincent and Lustbader’s deceptively simple cuisine you’re after. The uni shooters are deep fried and come out like hush puppies. The “Sortallini” is tossed in a light sauce of basil and tomatoes and so named because it kinda sorta resembles tortellini. Point is, do not be mistaken by Giant’s motto of “simple, unpretentious Midwestern fare.” It’s really just a humble way of saying it’s making Midwestern fare fresh and relevant again.

Surprise, surprise. A vegetable-friendly restaurant that’s just as — if not more — compelling than the city’s obsession with the updated steakhouse. Dan Snowden, who’s as gracious and welcoming as chefs come, has a talent for plating veggie dishes with a depth of honest flavor you seldom encounter. The secret is balance, as exhibited by creations like the tempura-fried lemons and delicata squash, or the decadent butter dumplings with charred cabbage, Asian pear and oyster kimchi. And all set in one of the most loveliest dining spaces that opened all year.

Chef Stephanie Izard’s ambitious foray into Chinese cuisine is supported by an atmosphere that transports diners to a Chinatown of rakish dreams. And while service doesn’t start until 4:30 p.m., Duck Duck Goat’s noodle team arrives at 5 a.m. to prep 12 different doughs for the noodles, dumplings and wontons, which are all served in-house daily. The dedication to “reasonably authentic Chinese food” continues with Izard’s proficient, contemporary takes on Sichuan-style Chongqing Chicken and wood-fired Char Siu ribs, both of which made for some of the best leftovers we had all year.

If number of visits alone were our guide, Roister would take the blue ribbon this year. Six times! We visited six times. While 2016 also saw Alinea 2.0, with Roister, the Alinea Group proved that its obsession with execution can be approachable. The Aged Cheddar Rillettes might be the finest way to start a meal anywhere in Chicago. The whole chicken served three ways, a true Instagram star, is remarkably satisfying. Meanwhile, playful minimalist cocktails show up on the table like five-sip modernist paintings. Can we make it a lucky seven before the year is over? Probable.

On principle, a giant food hall for hungry Loop workers located in the heart of Downtown isn’t supposed to be this good. But Revival — spread out over 24,000 feet and configured as an assemblage of quick-service stands and counters — peddles local favorites so delicious you’ll wanna take the rest of the afternoon off. What’s more astonishing than its dedication to Chicago’s restaurant scene is the reasonable price point.

The food may not be eye-popping. But that didn’t stop us from visiting this Korean-Polish street food mashup concept from Chef Won Kim numerous times. Perhaps because on the grand scale of originality, no other restaurant came close. So we say, go. Go and enjoy that inviting back patio. Go because Maria’s craft beer selection has never been one to disappoint. And go because Chef Kim’s fusion bar grub deserves the attention. And if anything, you’ve got a surefire winner in the Maria’s Standard — a housemade sausage served up on a soft roll with with soju mustard, kraut-chi and scallions.

The Bakery at Fat Rice
The neighborhood bakery of your dreams

It was a very good year for Fat Rice partners Abraham Conlon and Adrienne Lo. After revamping their beloved Logan Square eatery with expansions that included the reservations-only cocktail den the Ladies’ Room and a daytime bakery, the two followed up by releasing the Fat Rice cookbook to national acclaim. Can baked goods really be that thrilling, you ask? Yes, they can. Especially when we’re talking Chicago-style Chinese hot dog buns. The mochi — filled with black sesame, coconuts and peanuts — is also a fine treat. Keep in mind, the bakery does sell out with a quickness. Your best bet might be to come at night. A certain number of pastries are reserved for the Ladies’ Room each evening, where you can order freely to your appetite’s delight.

“Not another open-hearth restaurant,” you say, to which we reply, “El Che serves the most delicious flame-kissed meals you’ll ever have the pleasure of stuffing in your maw.” Chef John Manion, known around these parts for his mastery of Latin cooking, showcases stable control of the fire at every turn, which you can watch from the open-view kitchen. They make an excellent veal sweetbread with a house giard, both complementary or capable of standing on their own. Manion’s eight-ounce filet mignon is also a winning dish, and better than anything you’d ever find at a bona fide chophouse.

The staff at Honey’s can’t help themselves. So nice, so personable. They display the kind of service that only comes with the ranks of Chicago’s hospitality culture. And the experience only gets better when you consider the food and drink said staff proffers. Former Sepia chef Charles Welch also keeps his skills accessible, offering simple, appealing dishes plated in intriguing ways. The dining rooms are split, and you’d do well in either, but the bar — cozy as it is comfortable — has quickly become one of our favorite places to enjoy a meal in the city.

Elske
Honest and pure flavors with roots in Scandinavia

So hard is it to do simple these days, but Elske — the newest restaurant on this year-end list, opened last week by husband-and-wife duo David and Ana Posey — proves when simple is done right, the result is stunning. This layout is thoughtful, from the way patrons enter the restaurant to its spartan Nordic character. Elske embodies a restaurant that knows what it is. And that shows in the food. The menu offers no ordinary moments, with graceful flavors from David Posey, who combines classical techniques with Scandinavia’s verve for innovation. You could work your way through the tasting menu, but that means you’ll miss Ana Posey’s mind-blowing cheesecake and jasmine yogurt dessert. Either way, you’ll have to come back and order a la carte — the soft-scrambled eggs with confit chicken thigh is a legendary dish in the making. 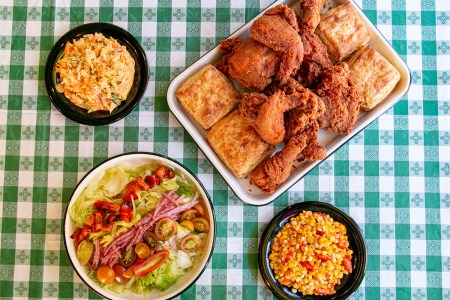 The Best Restaurants That Opened in Chicago in August 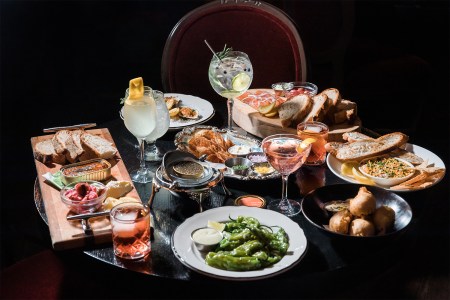 The 5 Best Restaurants That Opened in Chicago in July 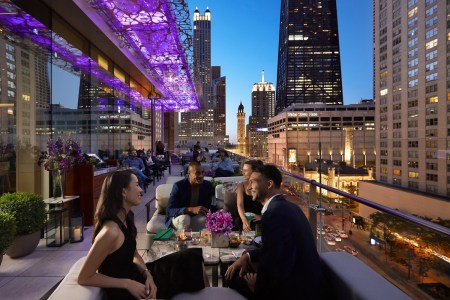 Where to Meet Singles, Grab a Coffee and Get a Sunset Cocktail in Chicago, From a Five-Star Hotel’s Concierge