Update: This year’s lineup is officially available as of today. And may we just say: After Thanksgiving dinner last night, we cracked open a bottle from 2018, and man, was it good. Happy hunting out there today.

You might be more preoccupied with pumpkin beers or perfecting your Halloween playlist at the moment, but Thanksgiving will be here before you know it. For craft beer fans, that means one thing: the annual Black Friday release of Goose Island’s Bourbon County Stout lineup.

The beloved line of barrel-aged beers always inspires devoted fans to shake off their tryptophan hangovers and rush out to pick up as much of the limited release as they can, but this year is an especially momentous one: it’s the 30th anniversary of the original Goose Island Bourbon County Stout. To celebrate, the brewery teamed up with Jim Beam for a special 30th Anniversary Reserve variant aged in barrels from the distillery’s Small Batch Bourbon Collection.

We were lucky enough to get an advance taste of that as well as the six other brews that make up this year’s lineup — six total stouts and one barleywine — and we’ve ranked them below to help you determine which ones are most worth your money. (The price of a 16.9 ounce bottle of Goose Island Bourbon County varies depending on where you’re purchasing it, but it typically falls somewhere between $12 and $30 a bottle. Of course, by next year, those same bottles will be on the secondary market selling for more than triple that.) As always, it’s worth noting that there truly isn’t a bad beer in the bunch; we’re ranking on a scale of “great” to “phenomenal” here.

For this year’s edition of Bourbon County Stout, Goose Island took their classic Bourbon County recipe — the same one they’ve been using since 1992 — and then aged the resulting brew in freshly emptied bourbon barrels from Heaven Hill, Four Roses, Wild Turkey and Buffalo Trace and blended the liquid from those barrels into one delicious concoction before bottling. The 2022 version still has some strong cocoa notes as well as a bit of a nutty character to it, but it has a stronger oaky flavor to it than in years past. It’s not quite as sweet as it has been in recent years; whether you find that to be a good thing or a bad thing is, of course, a matter of personal preference. But all in all, this is a legendary beer — and a reminder of why we keep coming back to it year after year.

First things first: this one doesn’t drink like it’s 17% ABV, so be careful. This year’s Barleywine Reserve, aged for two whole years in 14-year, 16-year and 17-year-old barrels from Old Fitzgerald’s Bottled-in-Bond decanter series, is remarkably smooth given its high alcohol content. As you might expect, the overwhelming flavor here is bourbon — in fact, some might say it’s a little overpowering — but you’ll also pick up some caramel, toffee and sour cherry notes. It’s a truly decadent beer, one that it’d be extremely easy to drink way too much of in one sitting.

In case you couldn’t tell from the deliberately off-brand name (Goose Island’s smart enough to not get sued by Nabisco for copyright infringement), this variant is inspired by Fig Newton cookies. Brewers used a whopping 10,000 pounds of Black Mission figs to create this beer, and you can certainly taste it. The fig flavor comes through loud and clear, but there are also some nice graham cracker notes present on the finish that do a good job of both cutting the fruity sweetness and evoking the cookie the beer is inspired by. It’s got a really pleasant nose with some slight cinnamon aromas, and despite being brewed with five tons of figs, it somehow manages to avoid being cloyingly sweet. 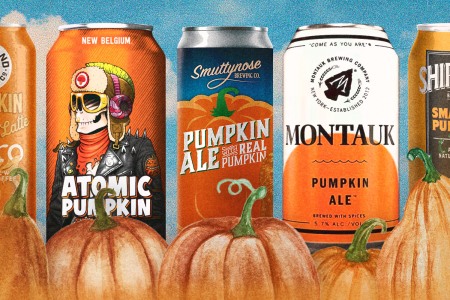 Sweet, spicy and downright ghoulish: we tried them all so you don't have to

This beer actually celebrates the 30th anniversaries of two different momentous occasions in the worlds of craft beer and spirits: the collaboration between Goose Island’s Gregory Hall and Jim Beam’s Booker Noe on the first-ever Bourbon County Stout, as well as the launch of Jim Beam’s first-ever Small Batch Bourbon Collection. To pay homage to these important dates, Goose Island’s original Bourbon County base beer was aged in barrels from the Small Batch Bourbon Collection and then blended into a truly excellent beer that was aged in aged in 36% Booker’s, 33% Knob Creek, 17% Basil Hayden and 14% Baker’s barrels. It’s nice and smooth, with a pleasant vanilla flavor and some nice warming effects courtesy of the bourbon barrels, and it’s also got a lot of fruitiness to it (specifically cherry, but after a few extra sips, I was also picking up on some hints of raisin). It’s an extremely well-balanced, complex beer, and it’s the perfect way for both companies to toast to a milestone year.

The coffee stout is perhaps the most straightforward variant of the bunch, but it’s proof that sometimes less is more. You’ve probably had countless coffee stouts before, but odds are you haven’t experienced one as expertly crafted as this. It’s brewed with cold coffee from Chicago’s own Intelligentsia — specifically, their Turihamwe blend brewed with beans grown by female coffee farmers in Burundi — giving it a nice kick of acidity to cut the sweetness and adding some rich flavor to it. There’s a hint of caramel here, which is balanced nicely with the coffee’s tannins, as well as some dark chocolate notes. If you’re a fan of chocolate-covered espresso beans, you’ll likely have a hard time putting this one down.

As always, the Proprietor’s Stout is a Chicago-only release, but if you happen to be in the Windy City, we suggest running, not walking, to go pick this one up. This year’s edition, conceived by brewers Jason Krasowski and Paul Cade, pays homage to Chicago’s cocktail scene by pulling inspiration from the Jungle Bird, a 1970s tiki cocktail traditionally made with rum, Campari, pineapple juice, lime juice and simple syrup. To mimic those tropical flavors, Krasowski and Cade brewed this beer with banana, coconut, lime and pineapple — with the latter being used in a Bourbon County variant for the first time in its 30-year history. The result is a delicious beer with a nice coconut aroma that drinks lighter and smoother than it sounds on paper. (Is it possible for a 13.4% ABV stout to be “refreshing”? Apparently so!) The pineapple comes through the strongest, though there’s a nice lime flavor on the finish. It’s not a flavor profile we typically associate with bourbon (or stouts, for that matter), but it’s just crazy enough to work surprisingly well.

The concept here is “chocolate-dipped biscotti,” and all we can say is hoo boy, mission accomplished. It’s remarkable just how well this one managed to pull off what it set out to do; it tastes exactly like a chocolate-covered biscotti. Brewers used 7,000 pounds of almonds to whip this one up, and that makes sense: almond is the prevailing flavor here, cutting the sweetness of the chocolate and bourbon flavors and giving it a nice, clean balance. It’s also got notes of anise, marzipan and toffee. The anise comes through strongly on the nose — so much so that I scribbled “really perfect nose” in my notes while tasting it. As someone who does not enjoy actual biscotti very much, I was frankly shocked by how much I loved this beer. (It was similar to 2020’s Kentucky Fog Stout in that way.) But if the idea of tossing a biscotti into a blender and adding chocolate and a healthy amount of booze sounds at all appealing to you, chances are you’ll be just as blown away as I was. 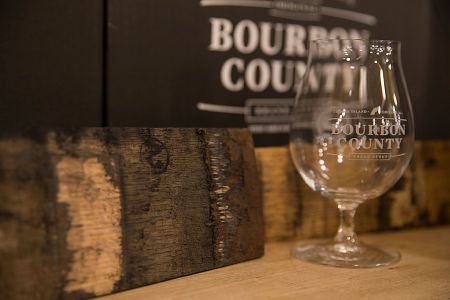 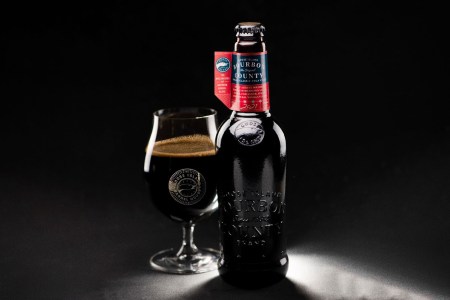 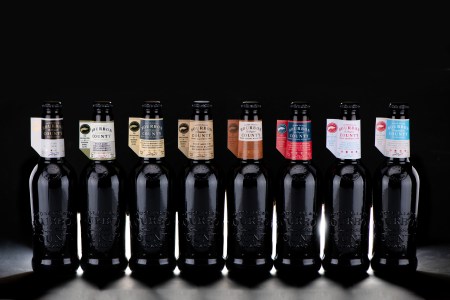 What It's Like to Run an Adventure Camp in Antarctica
The Best Gifts for the Most Stylish Men in Your Life, Including You
The Terror of Marrying Into a Turkey Trot Family
Daniel Craig’s Belvedere Ad Is a Love Letter to Menswear
Green Bay Packers on Brink of Benching Aaron Rodgers for Jordan Love?