Normcore 101: How Seinfeld’s Costumers Built One of TV’s Most Iconic Wardrobes

A chat with Stephanie Kennedy, the woman behind @SeinfeldBackstage

Some people took up gardening during quarantine. Others, breadmaking. Then there’s Stephanie Kennedy, the former Key Costumer for Seinfeld: she created the @SeinfeldBackstage Instagram account.

Kennedy had lots of time on her hands over the past few months, and as she was doing some cleaning, she stumbled on a box of Polaroids from the set of Seinfeld mixed in with family albums. Hoping to preserve the images, she quickly began scanning them to her computer. Thus, @SeinfeldBackstage — where Kennedy regularly shares behind-the-scenes moments — was born in early November.

The sitcom, widely regarded as one of (if not the) greatest shows of all time, is lauded for its close attention to detail, which created an atmosphere unique to the Seinfeld universe. From the sets to the props to Kennedy’s bailiwick — the wardrobe — there is a certain casual, comfortable milieu that served as a reliable foundation for the show’s four main characters without ever distracting from their dialogues and antics.

“It’s a fine line,” Kennedy says. “You don’t want the clothes to draw too much attention. If you’re looking at the clothes, then I’m not doing my job.”

Perhaps that’s true for the general public, but for this clothing-obsessed writer, they take center stage.

From the outset, Jerry Seinfeld insisted that the clothing should be not just be befitting of the characters, but also as timeless as possible. His goal was for the ambience of the set to look as natural in 2023 as it did in 1993. With this overarching goal in mind, Kennedy set about updating, or even outright creating, looks for each the Seinfeld characters when she began working on the series in Season Five.

There is no better example of the kind of classic, understate style that Seinfeld had in mind than the infamous George Costanza. Though he’s viewed by some modern menswear fanatics as a rakish dresser, Kennedy said that was not her intention at all. In fact, the direction for George’s look was outfits that were basic and would get the job done: simple trench coats or unfussy button-down collar Oxford shirts.

“We tried to make it basic and utilitarian,” Kennedy says. “He’s cheap, so he gets things that do the job and last awhile. That’s his style and that’s what he’s always going to wear.”

For Costanza actor Jason Alexander, Kennedy shopped at Sears for brands like Levi’s and Dockers. And, of course, there are his famous Nike Cortez sneakers. When asked how these came about, Kennedy points to Seinfeld. At the start of every new season, she would go to him to ask to update George’s footwear game; his response was always an emphatic “no.” Seinfeld viewed the simple, old-school sneaker to be something so intrinsic to George Costanza that to put him in anything else would be tantamount to him having hair.

George may have had his own classic look, but there was no character more recognizable by wardrobe than Kramer. Jerry’s oddball neighbor is known even to folks who have never seen the show for his flamboyant vintage clothing and famously spastic scene entrances. But those entrances would not have been possible in the wrong pair of shoes. Kennedy had two special pairs of Doc Martens specifically for Kramer that would facilitate his slide into Jerry’s apartment. Says Kennedy: “Those shoes made him Kramer.”

As the series went on, finding vintage clothes to fit the 6-foot-3-inch Michael Richards, the actor who portrayed Kramer, became increasingly difficult. So Kennedy located a vintage cutting pattern for shirts at a flea market, then bought bolts of deadstock fabric to hand-make many of Kramer’s wacky shirts. This allowed for multiple shirts to be created, which was crucial for Richards, since writers were constantly incorporating vaudevillian scenes involving dogs biting off a piece of shirt or a pair of pants ending up in a pizza oven.

Kennedy says that of the show’s core ensemble, Richards dressed the most different from his on-screen persona. “He would come back from Italy in the summer wearing Prada. He really appreciated good clothes,” she says.

Once all of the measuring and fitting was done, Richards had a routine where he would run through the set in his new clothes to ensure he could move freely — he’d even change into his wardrobe for rehearsals and readings, the only actor to do such a thing. “When he stepped into those clothes, he became Kramer,” Kennedy says.

If Richards was the one who dressed most unlike his character, Jerry Seinfeld was the actor whose personal wardrobe most closely resembled that of his on-screen counterpart. Seinfeld’s on-screen and personal wardrobes were nearly indistinguishable, claims Kennedy, and he would sometimes even ask her to pick up a duplicate of an item that he’d worn in a scene so he could have one to take home.

Toward the beginning of the series, Jerry wore jeans and jackets that might be more form-fitting or closely cut; as the show progressed, Kennedy tried to get him into outfits that were slightly roomier, using styling techniques like layering to help him loosen up. But any changes with Jerry’s character — as with any of the characters — would be introduced slowly and organically, as mandated by Seinfeld himself. Remember, he wanted the wardrobe to be not only timeless, but true to the characters’ circumstances.

There was one item that brought a lot of attention to Jerry’s outfits, though: his Nike sneakers. Like most of his other wardrobe aspects, this was a holdover from Seinfeld’s own tastes. As the show grew in popularity, Nike capitalized on the advertising opportunity by delivering truckloads of sneakers to the studio. And they weren’t just for Seinfeld. The Oregon-based shoemaker would outfit the whole cast and crew, including creating custom Seinfeld merchandise that Seinfeld and series co-creator Larry David would give out for Christmas.

Aside from his love of Nikes, Jerry’s wardrobe was fairly generic. Around 2014, this concept caught on as a fashion trend known as Normcore that stressed the idea of dressing, well, like Jerry: extremely and unceremoniously normal. “There’s a comfort in that style of dressing,” says Kennedy.

Kennedy says she didn’t know about the show’s sartorial renaissance until one of her sons told her about it. She thinks Normcore is a reaction to the cyclical, in-then-out nature of fashion trends. “It was different than everything else that was out there,” she says. “There’s something comforting about being boring.”

Jerry may have had his 15 minutes of fashion fame with Normcore, but none of the characters from Seinfeld approach the level of fashion deity that Elaine Benes inhabits. A bona fide style icon, Elaine’s looks still inspire women (and men!) all around the globe. Elaine’s style, though, also charts the biggest transformation from Season One to Season Nine, which, according to Kennedy, can be chalked up to a number of reasons.

First, there were changes written into the show (like new jobs) that would require wardrobe adjustments. Then, there were Julia Louis-Dreyfus’s two pregnancies, which the wardrobe department had to conceal. Finally, says Kennedy, as the show grew in popularity and the actors became superstars, Louis-Dreyfus’s own tastes changed, and the stores she was frequenting toward the end of the show had changed from those she visited in the early days. As with Jerry, changes that occurred to Elaine’s clothes made sense in regard to what was going on in the show, creating a more sophisticated look, yet one that remained true to the character.

Kennedy loved to work on Elaine’s many noteworthy outfits because they allowed her a creativity that was unavailable with the boys. “Elaine’s style really evolved the most; we had to update her,” she says. “George is not a guy who’s out buying new clothes, Kramer had his look and Jerry’s Jerry. The only place I could really play was with Julia, and that was a lot of fun.”

Beyond helping construct the core four’s wardrobes, Kennedy was also instrumental in sourcing the many “prop” clothes items that appear throughout the course of the show. She says a lot of the items that we now view as quintessential were off-the-rack items from stores, only altered slightly to fit the occasion. Take, for example, the renowned puffy shirt.

“That was a shirt that actually existed,” says Kennedy. After reading the script that week and learning that a big part of it revolved around a specific garment (a burden that falls solely on the wardrobe department) Kennedy and Costume Designer Charmaine Simmons set out to find something suitable. “It needed to look like a shirt that you might have gotten off the rack, that was the whole idea,” Kennedy says. After poking around a bit, they instantly knew they had found what they needed when they saw it hanging on a rack: a billowy white button-down with a flash of frilly plumage flaring out in front. The wardrobe duo had unearthed the gem at a store in West Hollywood, a neighborhood of Los Angeles known for its LGBT+ culture. Once Simmons and Kennedy purchased a few, they made one minor alteration by adding elastic to the sleeves to get them to puff out a bit more.

The puffy shirt wasn’t the only puffy clothing item that earned a spot in Seinfeld lore. There was also, of course, George’s puffy coat. Like the puffy shirt, the puffy coat was a real garment that Kennedy purchased, this time at a discount ski outlet. But based on what the script required, the standard amount of down filling simply wouldn’t cut it. So Kennedy and her team opened the seams of the jacket and filled it with as much padding as they could fit, then resewed the seams once it was at full capacity. “We stuffed that baby tight,” she remembers.

Today, Kennedy has her hand in numerous ventures, most notably a spec script with fellow Seinfeld alum Peter Mehlman (who worked as a writer on the show for all of its nine seasons), as well as running the @SeinfeldBackstage Instagram account, where she regularly features cast and crew from the show. 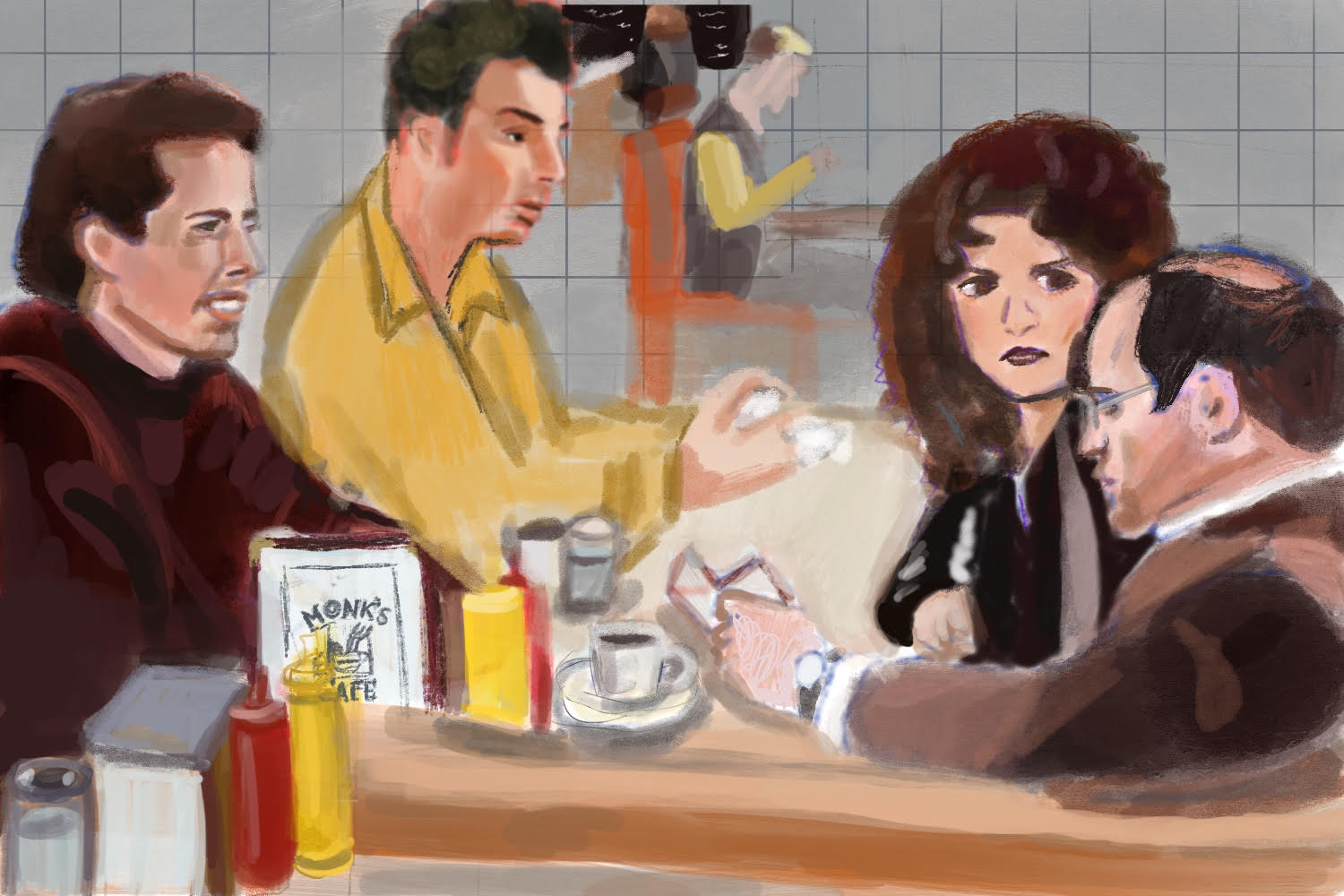 Review: Checking in on the “Seinfeld” Diner 21 Years Later 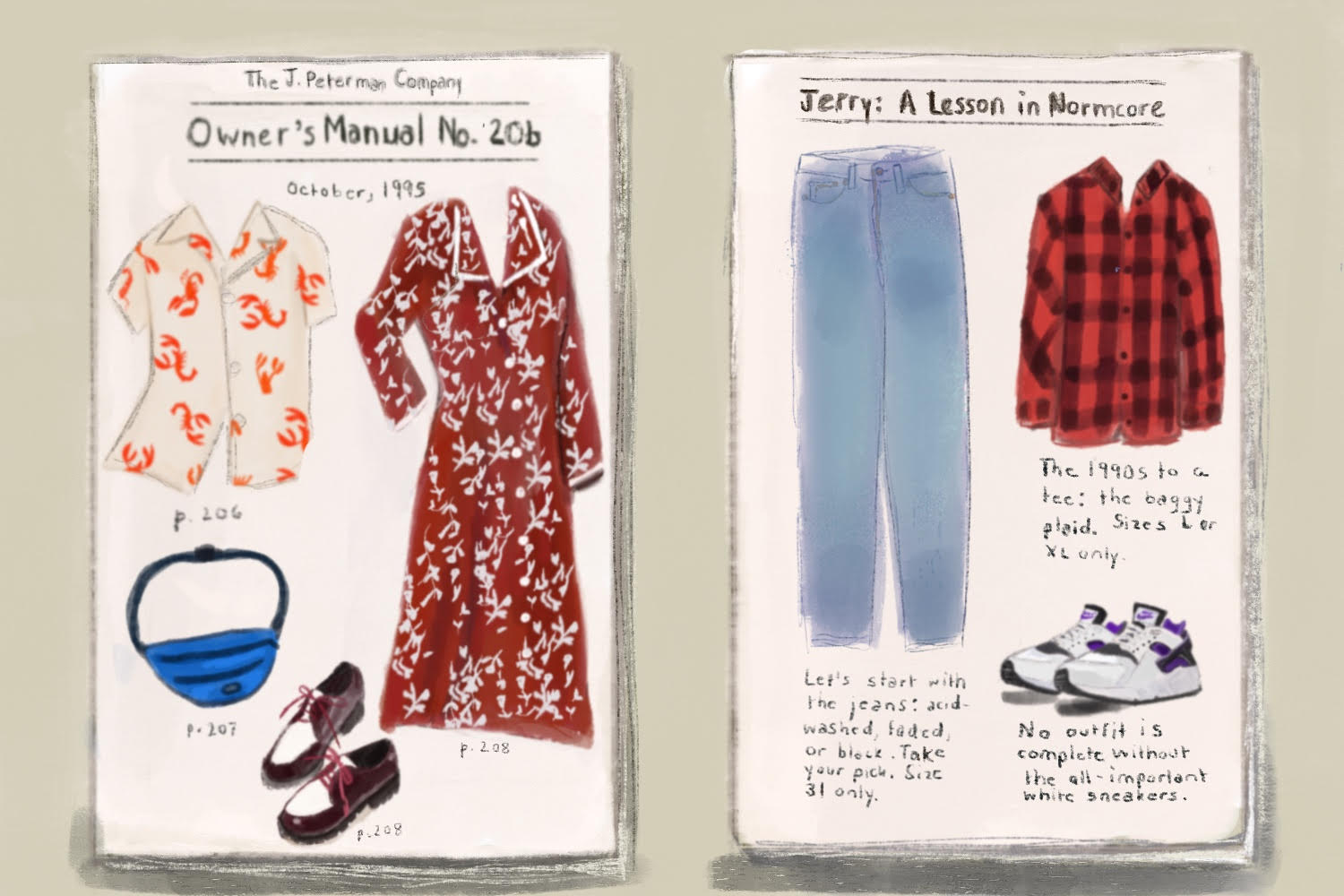 A Brief History of J. Peterman, the Real-Life Catalog That Survived Seinfeld 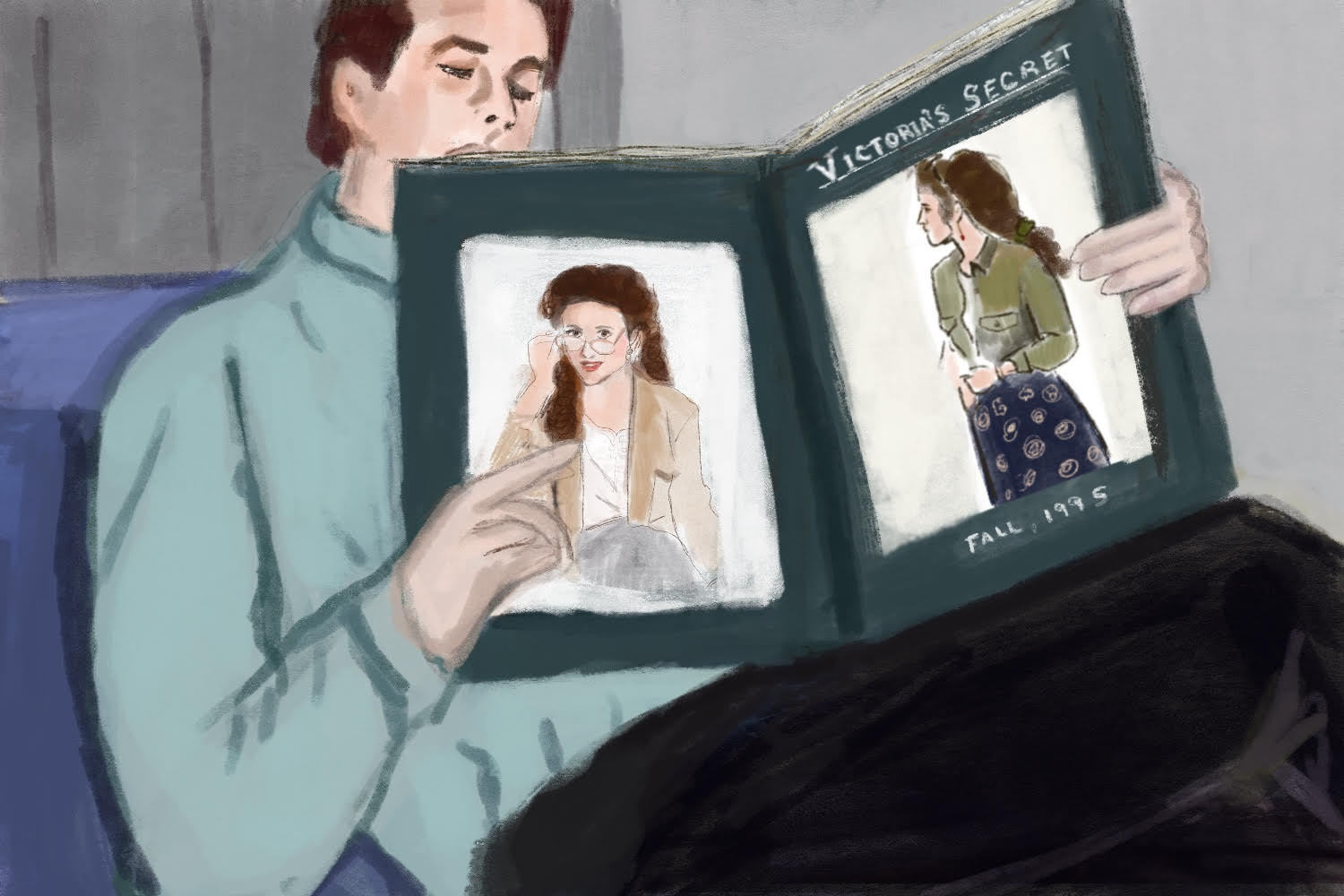