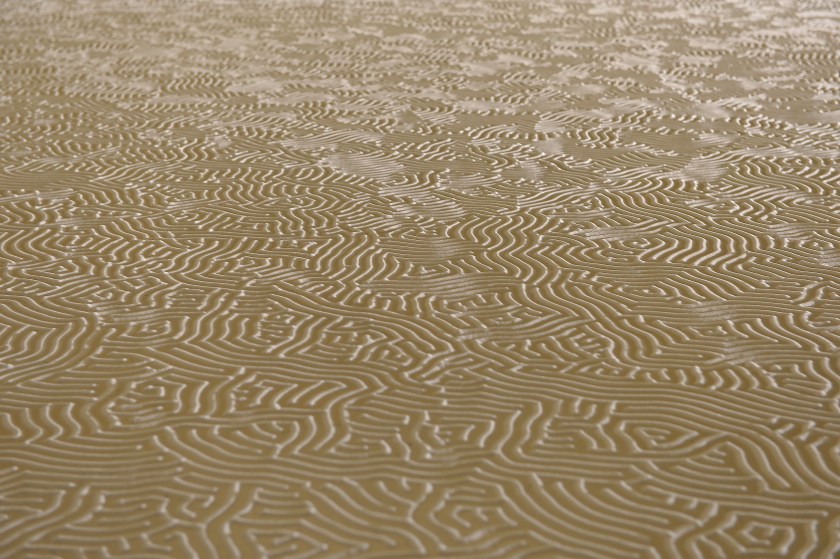 What began as a tribute to his deceased sister grew into a life of its own. Artist Motoi Yamamoto has made a name for himself with his meticulously arranged salt installations. When you change your perspective, Yamamoto’s works take on an entirely different aesthetic. Up close, they appear to be merely a maze of seasoning. Each thin salt line represents pieces of memories and fragments of time. Take a step back and suddenly an organic spiral of shapes appears, embodying the spiral motif frequently used throughout Asian culture to depict all things related to death and the afterlife. 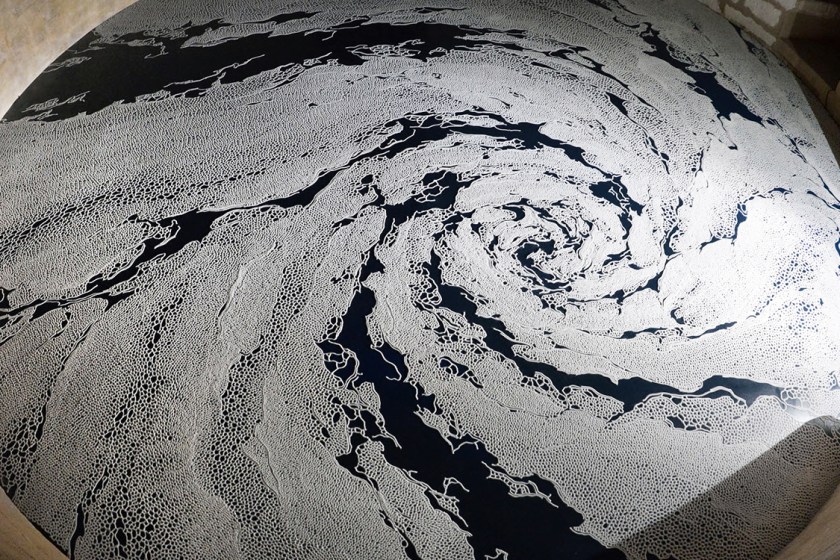 His most recent salt drawing, “Floating Garden,” was done in a 13th-century medieval castle in Southern France (above) and is on exhibit until November 30, 2016. It took him 45 hours over the course of five days to create. To learn more about Yamamoto and what drives him, watch the video at the bottom of this piece. 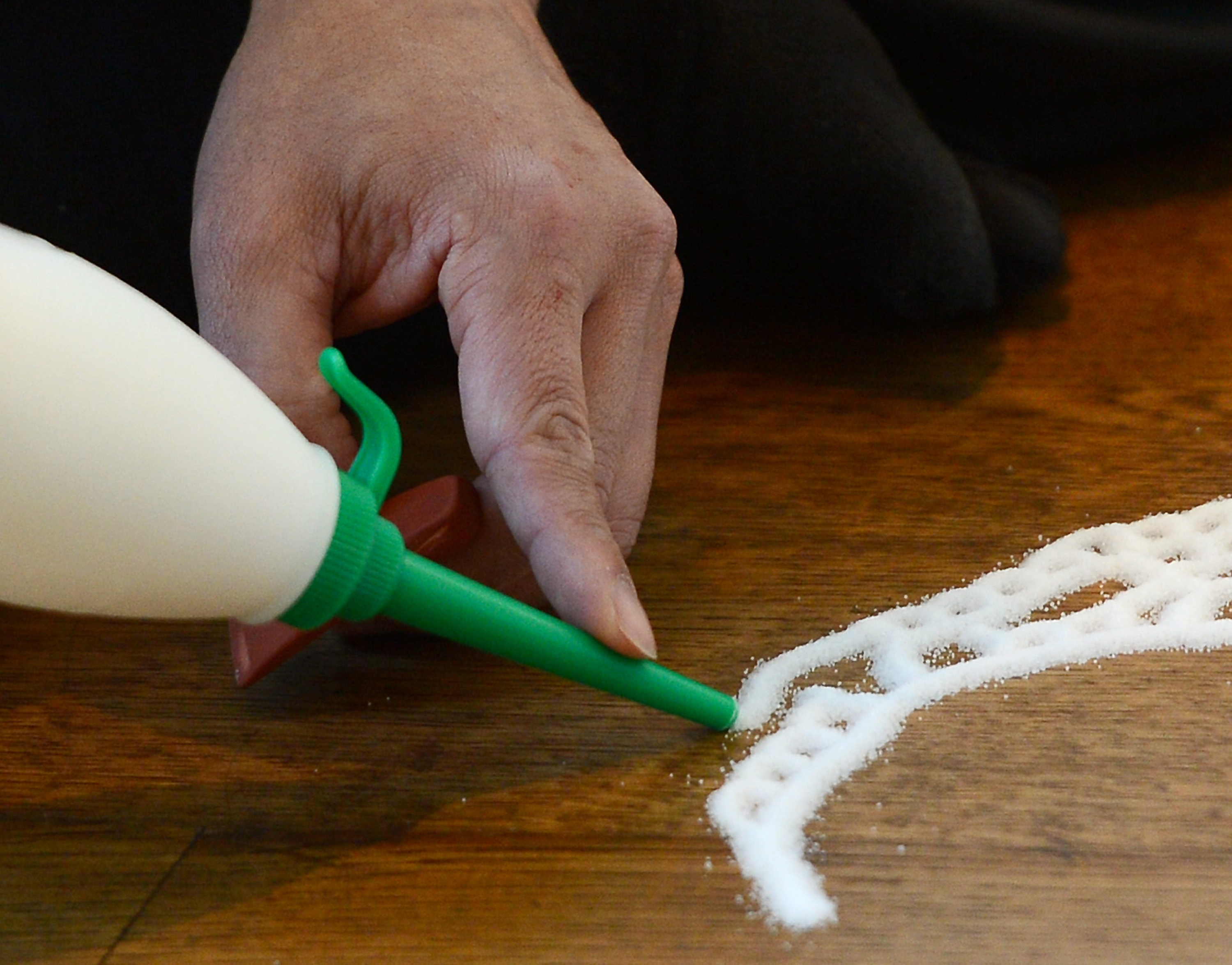 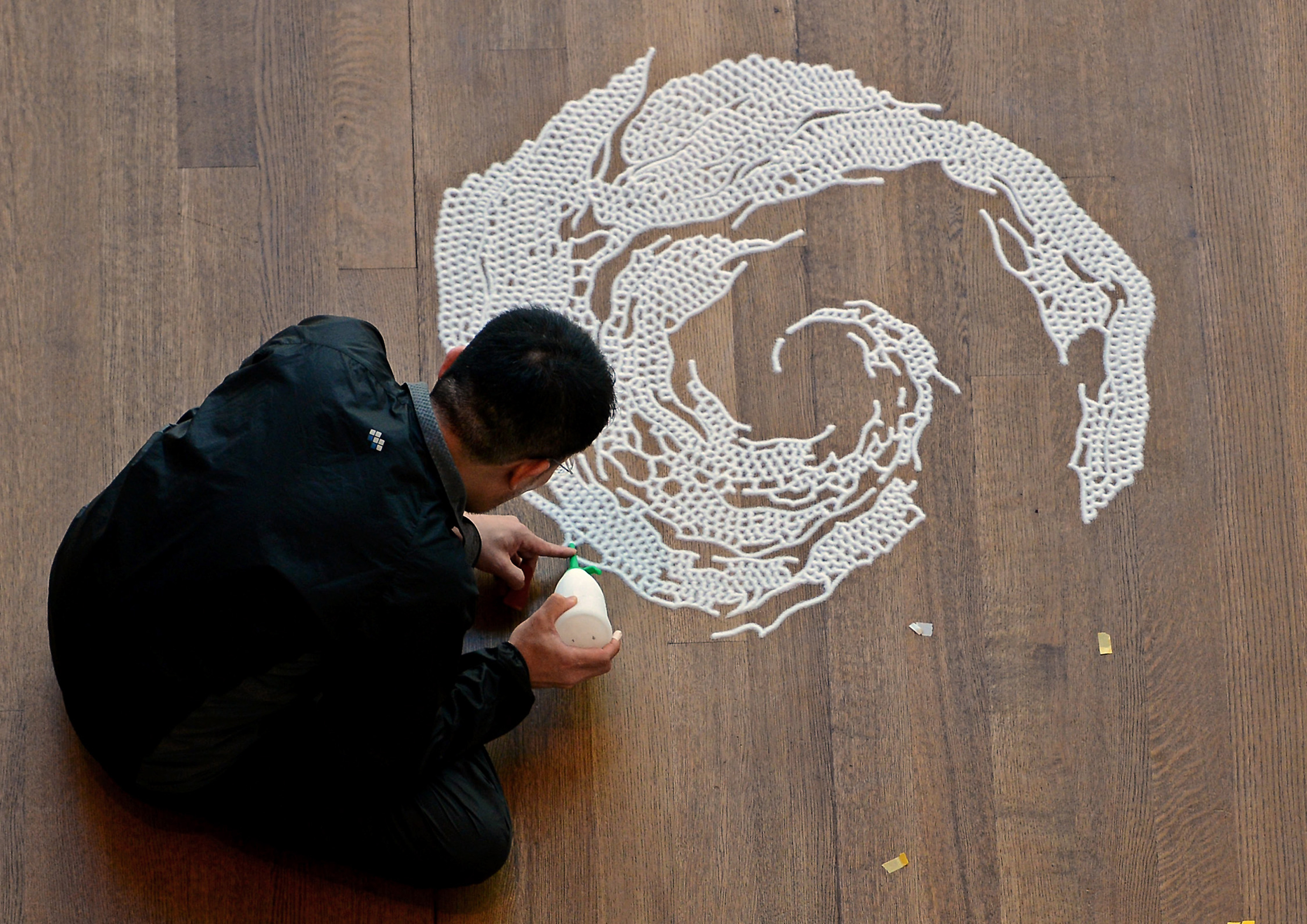