How to Drive on Black Ice, According to an Expert

Ease off the throttle lest ye be throttled

J.D. Pooley
By The Editors @insidehook

Driving on black ice is at some point — much like dinner with the in-laws — inevitable. And similarly to the latter scenario, it’s best to first assess the situation and then do what you can to make the most of it.

The first thing to note is that where ice is involved, there’s very little that can be done in the moment. Rather, the safety is going to come from the prep work. So in pursuit of some expert advice on how to maneuver slick, winter roads, we tapped Zac Moseley, Founder of Manhattan’s Classic Car Club. Moseley also happens to be a badass racer, who occasionally races on ice. For fun.

Here’s what the man had to say …

Remove summer or sport tires in lieu of some winter compounds — winter compounds are made to produce higher levels of grip. And forget all-weather tires — they’re mediocre by comparison and never the preferred option.

The best way not to crash on black ice? Identify said black ice. Do so by keeping a safe distance between you and the potentially unlucky guinea pig in front of you and constantly surveying the road ahead. Also, make sure your headlights are clean, functioning and aimed properly — often times as suspension starts to sag, the lights begin to gravitate upwards and away from the road.

OK, so you’ve encountered a patch of black ice. First, understand that being in an SUV with four-wheel drive and anti-lock brakes no longer means squat. Four wheels, two wheels, a unicycle — doesn’t matter. Ice is ice. The goal is to keep maintain a linear trajectory. If ice is spread across the entire road, enter it facing the direction you want to exit it. Don’t change direction, don’t brake and don’t change your speed — any of them will cause a spin. As you approach the ice, ease off the throttle, slowly bring the wheel to center and make as few adjustments as possible.

First and foremost — try to stay calm. Assess the situation. Are there trees, cars, cows? Don’t look at them. You tend to steer where you’re looking, a phenomenon commonly referred to as “Target Fixation.” Instead, look towards wherever it is that you ultimately want to end up and keep your vision locked there.

Then, steer into the slide. If you’re sliding into a wall that you’d obviously like to avoid it, your natural inclination is going to be to crank the wheel away from it, which subsequently asks even more of your front tires and induces more slide. Instead, you’re going to want to open the wheel and steer into the direction of the slide. This gives your front tires an opportunity to find any level of traction. Once your car is back over its wheels, gently coax the steering wheel (and thus the car) back in the direction you mean to travel. You might need to get closer to the wall before you’re ultimately able to get away from it.

Most importantly? Don’t slam on the brakes, even if they’re anti-lock. It’s a surefire way to lose any illusion of control.

And on that note — safe travels, gents. Steer clear. And if you can? Stay home. 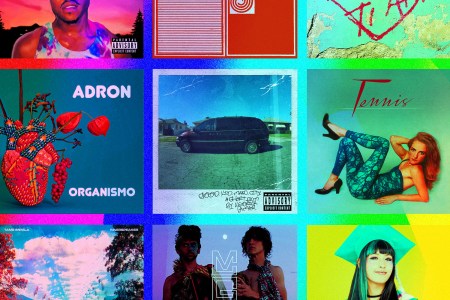 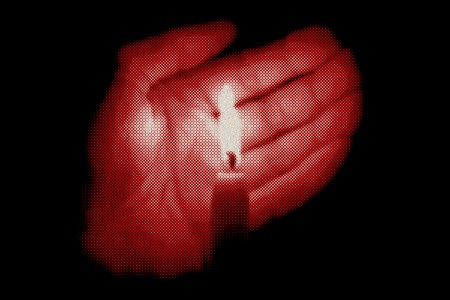 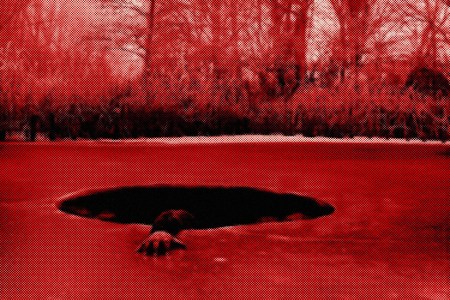 How to Survive a Fall Through Ice, According to an Expert