Here Are a Few of Anthony Bourdain’s Favorite Things

The celebrated chef and journalist wasn't always a curmudgeon 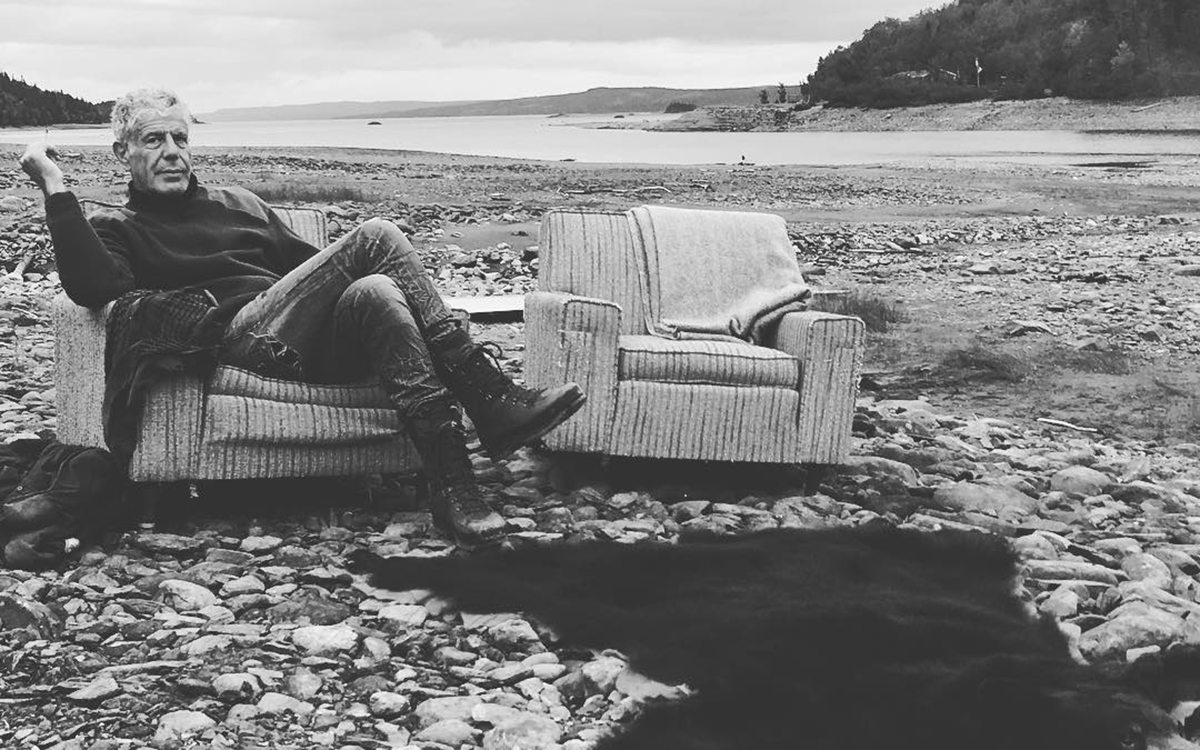 Anthony Bourdain, who was found dead this morning in a hotel room in France at the age of 61, was a famous curmudgeon.

But he was also a devoted and courageous humanist, having spent the final decade of his life telling the stories of marginalized peoples throughout the world via Parts Unknown, his travelogue for CNN, and Roads & Kingdoms, a web magazine for which he played the role of partner and editor-at-large.

Bourdain’s skill as a journalist was largely a function of his empathy: from decaying coal towns in West Virginia to war zones in Africa and the Middle East, Bourdain had a gift for making meaningful connections with people of all creeds and ideologies. He had an unshakable belief in the value of the world’s oldest form of communion — breaking bread — and found beauty and vitality in regions where traditional media outlets reported only violence, conflict and tragedy.

So on the occasion of his death, let us revisit some of the things Bourdain loved best.

1. Food: “I like food. It was the center of my life for thirty years and I’ll always look at the world through that prism.”

2. Adventures: “I wanted adventures. I wanted to go up the Nung river to the heart of darkness in Cambodia. I wanted to ride out into a desert on camelback, sand and dunes in every direction, eat whole roasted lamb with my fingers. I wanted to kick snow off my boots in a Mafiya nightclub in Russia. I wanted to play with automatic weapons in Phnom Penh, recapture the past in a small oyster village in France, step into a seedy neon-lit pulqueria in rural Mexico. I wanted to run roadblocks in the middle of the night, blowing past angry militia with a handful of hurled Marlboro packs, experience fear, excitement, wonder. I wanted kicks — the kind of melodramatic thrills and chills I’d yearned for since childhood, the kind of adventure I’d found as a little boy in the pages of my Tintin comic books. I wanted to see the world — and I wanted the world to be just like the movies.”
(From A Cook’s Tour: Global Adventures in Extreme Cuisines)

4. Hunter S. Thompson’s Fear and Loathing in Las Vegas: “The book that probably influenced me more than any other. A prose stylist and a personality who changed my life.”

5. Tokyo: “I went to Tokyo the first time and my head kind of exploded. I compared it to taking my first acid trip: Nothing was ever the same for me. I just wanted more of it. If I had to agree to live in one country, or even one city, for the rest of my life, never leaving it, I’d pick Tokyo in a second.”

6. Stinky cheese: “To me, life without veal stock, pork fat, sausage, organ meat, demi-glace, or even stinky cheese is a life not worth living.”
(From Kitchen Confidential: Adventures in the Culinary Underbelly)

7. Line cooks: “Few things are more beautiful to me than a bunch of thuggish, heavily tattooed line cooks moving around each other like ballerinas on a busy Saturday night. Seeing two guys who’d just as soon cut each other’s throats in their off hours moving in unison with grace and ease can be as uplifting as any chemical stimulant or organized religion.”
(From The Nasty Bits: Collected Varietal Cuts, Usable Trim, Scraps, and Bones)

9. Garlic: “Garlic is divine. Few food items can taste so many distinct ways, handled correctly. Misuse of garlic is a crime.”
(From Kitchen Confidential)

10. Apocalypse Now: “I also have long — it’s a repeating theme on my show — [loved] both Apocalypse Now and Conrad’s Heart Of Darkness.”

11. Day drinking: “There’s something wonderful about drinking in the afternoon. A not-too-cold pint, absolutely alone at the bar — even in this fake-ass Irish pub.”
(From Medium Raw: A Bloody Valentine to the World of Food and the People Who Cook)

12. Knives: “All of us [chefs] dearly love to play with knives.”
(From Kitchen Confidential)

13. Mac ‘n’ cheese: “I have an unholy and guilty attraction to fast-food macaroni and cheese. During the morning I get these horrendous cravings for Popeye’s mac and cheese, and, uh, I will often disguise myself to try to slip into Popeyes.”

14. Archer: “I’m such an uber fan of that show. I went to Comic Con and I’d stalk them. I have seen them since at the Emmys, they won an Emmy this year. I went up to them, my character was last seen falling out of a helicopter but you don’t see him hitting the ground! So maybe he lived because all I want right now is to be back on Archer. It was pretty much the high watermark of my career. After that, everything is meaningless.”

15. Jiro’s Sushi Restaurant in Tokyo: “Ideally, my last meal would be at Sukiyabashi Jiro, a tiny sushi bar below street level in Tokyo. It serves some of the finest quality sushi anywhere on the planet. I’d be alone at the sushi bar.”

17. His work: “I get to live my dream. Who wouldn’t want my job? It’s that simple. I’m living the little boy’s fantasy, having adventures.”

18. The Chateau Marmont in Hollywood: “I love that hotel above all others.  I feel like I’m staying with family every time I go. It’s the sort of place where, if you forget to put your pants on and walk down to the lobby in your pajamas, nobody’s going to care.”

19. His girlfriend, Asia Argento: “An inspiration, an education, a joy — every day.”

20. Humility: “Maybe that’s enlightenment enough: to know that there is no final resting place of the mind; no moment of smug clarity. Perhaps wisdom … is realizing how small I am, and unwise, and how far I have yet to go.”
(From No Reservations, Season 2, Episode 3: “Peru”)