How the Private Jet Became the Ultimate Status Symbol

They separate the rich from the very, very rich 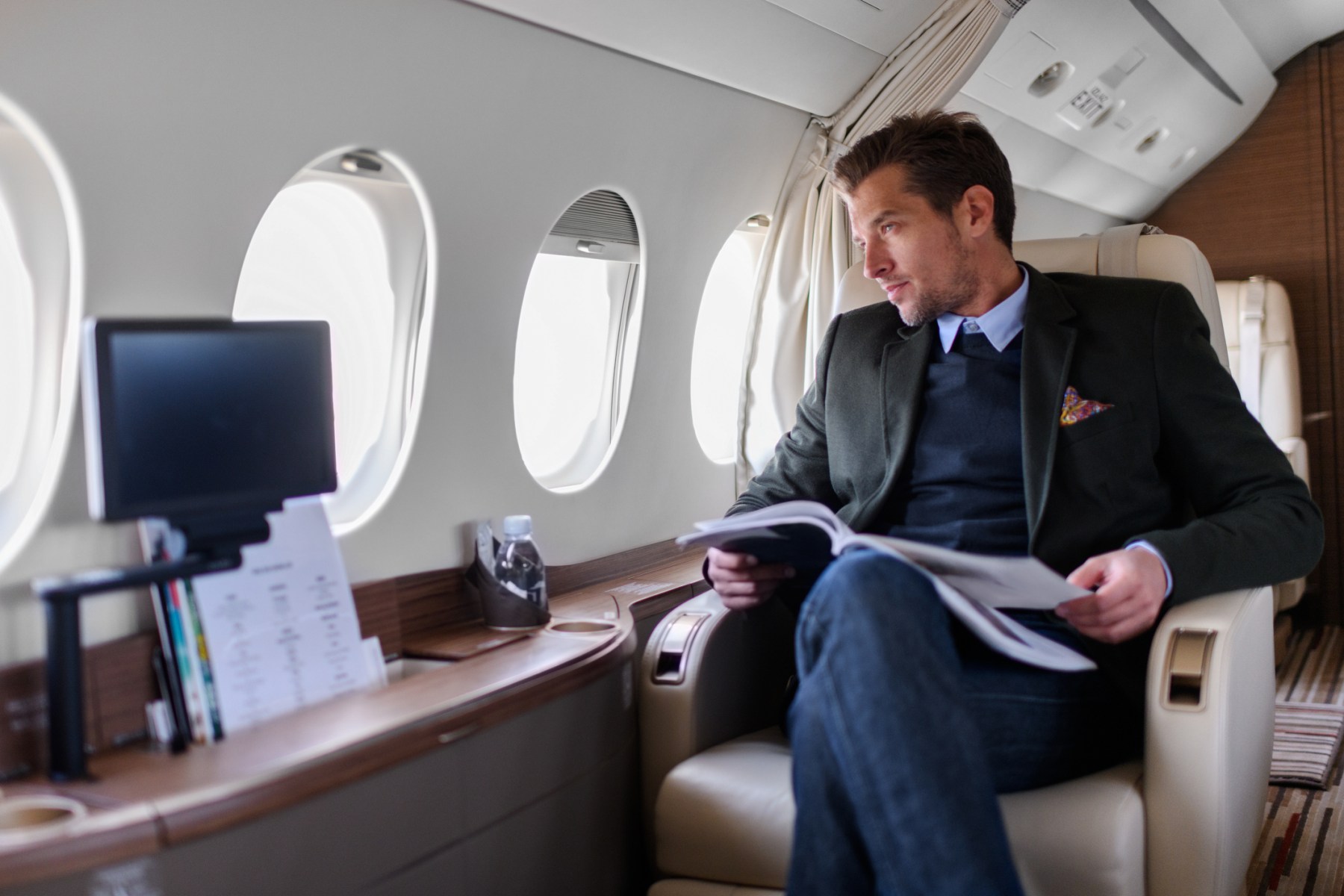 Man sitting inside private jet airplane and looking outside the window while reading a magazine.
Getty Images
By Bonnie Stiernberg / November 6, 2019 11:22 am

There’s perhaps nothing that separates the rich from the absurdly rich more than a private jet, and a new Vanity Fair piece traces how companies like Gulfstream helped turn those private planes — which often cost tens of millions of dollars, putting them only within the budgets of people with more money than most of us can even wrap our minds around — into the ultimate status symbol.

“For people who are actually not that powerful except that they have a lot of money, it gives them a calling card to have power,” one private-equity mogul told the publication. “It’s all about currency. They get to leave when they want. They get to arrive when they want, and they get to make their friends be on their schedule. And then if they are really dicks, they can leave them when they are late.”

And while it’s primarily about flaunting your wealth and power, there’s an element of convenience at play too. Who needs TSA Pre-Check when you can skip security entirely?

“I bought it to save time,” billionaire Mark Cuban told Vanity Fair about his private jet. “I’m a believer that time is the most valuable asset we can’t own. Anything I can do to spend more time with family is a win.”

Of course, when you own the plane, you make your own rules, and as the piece points out, that’s not always a good thing. There are plenty of horror stories about the ultra-wealthy behaving badly at 35,000 feet. One pilot filed an age discrimination lawsuit against former Abercrombie & Fitch CEO Mike Jeffries alleging that the young, male flight crew had to wear skimpy uniforms and adhere to a 47-page rulebook that specified, among other things, that they must wear an outfit consisting of Abercrombie polo shirts, boxer-briefs, flip-flops and gloves.

For the flight crews on these planes, oftentimes the opportunity to travel the world comes with the major downside of having to deal with the demands of their ultra-wealthy bosses.

As one pilot told Vanity Fair, “You could be in some great places, but you’re not with who you want to be with.”