Dogs are not the most disciplined of actors, it turns out 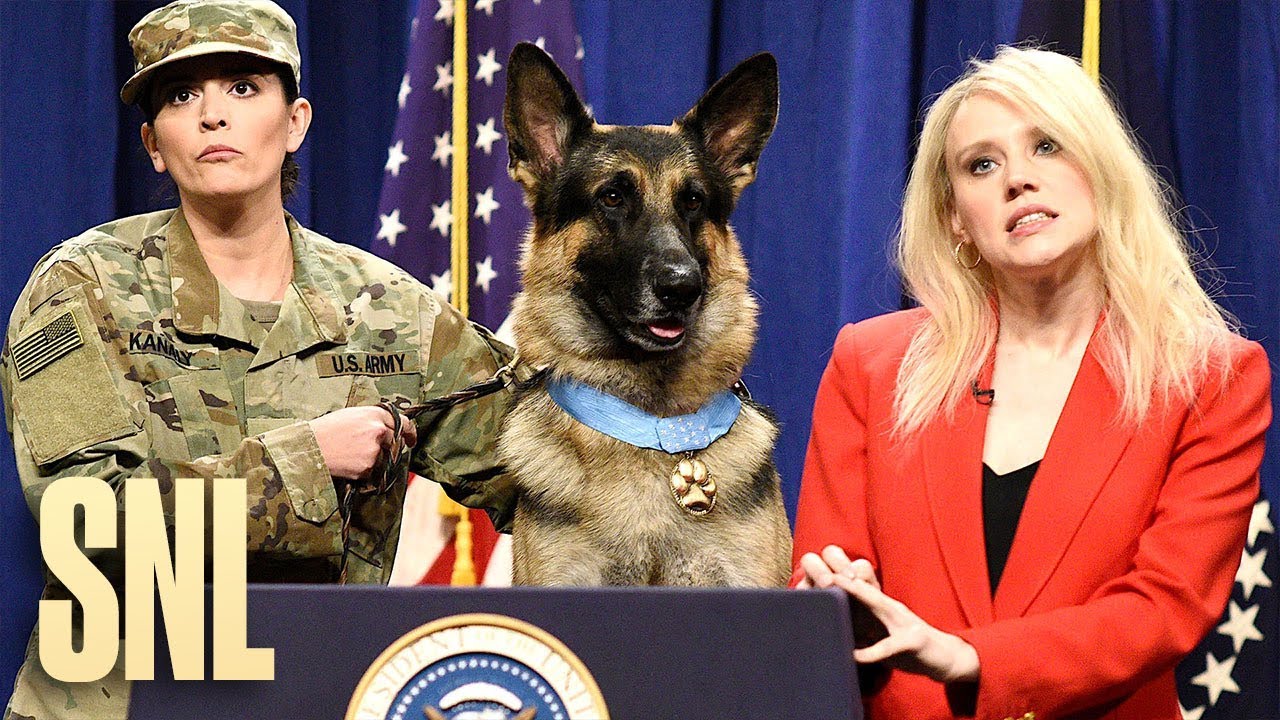 Add a dog to live comedy and chaos just might ensue.
NBCUniversal/YouTube
By Tobias Carroll / November 3, 2019 9:03 am

The comedian W.C. Fields once offered a piece of sage advice for other actors: “Never work with children or animals.” But when it comes to animals on screen, it can be difficult to resist the temptation: after all, who doesn’t love an adorable puppy or kitten? But a sketch on last night’s episode of Saturday Night Live helped illustrate just why four-legged co-stars can be tricky to work with.

The premise of the sketch? A White House press briefing, featuring Kate McKinnon evoking Kellyanne Conway with just a touch of The Grudge, and a jab at Sean Spicer’s career-rehabilitation appearance on Dancing With the Stars.

What was the occasion of the press briefing? To bring Conan, the Special Forces dog who’s been in the news lately, before the media. Cecily Strong played “Special Forces K9 Interpreter” Dana Gram. The dog playing Conan seems entirely disinterested in being on stage from the outset. The dog repeatedly attempts to lick Strong’s face, and approximately halfway through the sketch determines that the podium on the set must be explored immediately.

There’s also a particularly surreal moment in which the dog drinks a glass of water, which rises from the podium on what appear to be fake paws. Strong spends much of the sketch attempting to keep the dog under control; part of the joy of watching the sketch is wondering whether it will break free and begin darting around the stage, possibly with “Yakety Sax” playing.

As Vulture notes, this is the second Saturday Night Live sketch to feature a dog this season. Might we be on the verge of an all-dog sketch? That just might rival the time Monty Python’s Flying Circus presented A Tale of Two Cities adapted for parrots.