Did Special Treatment for Kawhi Leonard and Paul George Doom the Clippers?

A new piece in The Athletic details the lengths the Los Angeles Clippers went to during portions of last season in order to appease star players Kawhi Leonard and Paul George.

According to the publication, Leonard required his own private stretching space before games and would sometimes commandeer a locker room used by female staffers to get loose. While not everyone was happy with the arrangement, it was viewed as necessary to keep the 29-year-old happy.

Though George did not require his own pre-game stretching area, he, along with Leornard, was given his own personal security guard and trainer and was also given influence over the team’s practice and travel schedule.

Additionally, teammates believed Leonard and George had control over when they played and sometimes accepted or declined playing time or simply sat out games entirely. Nearly half the time, George and Leonard decided not to play together as the duo only took the court together in 37 of LA’s 72 regular-season games.

Though the same treatment was not possible once the NBA entered its bubble in Florida over the summer in the midst of the pandemic, the chemistry issues that were created by the special treatment Leonard and George received did not go away and contributed to the team dropping three games in a row to lose in the Western Conference semifinals to the underdog Denver Nuggets.

“How do you ever build a strong team with that shit going on?” a team source told The Athletic. “I thought from the beginning, ‘We’re doomed. Kawhi wants too much special treatment.’”

In a bid to potentially fix the chemistry problems in the locker room, Los Angeles fired head coach Doc Rivers and replaced him with Tyronn Lue, an assistant on Rivers’ coaching staff. 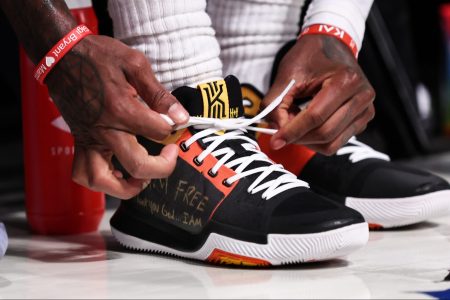