The reigning FedEx Cup champ and the PGA Tour’s biggest star as long as Tiger Woods isn’t playing, Rory McIlroy has gone back and forth between calling for peace with Greg Norman‘s LIV Golf circuit and adding to the war of words between the rival circuits.

Speaking at a press conference ahead of the DP World Tour Championship in Dubai this week, McIlroy opted for war over peace and directly called for the removal of Norman as the head of LIV Golf in no uncertain terms.

“I think Greg needs to go. I think he just needs to exit stage left,” McIlroy said. “He’s made his mark, but I think now is the right time to sort of say, ‘Look, you’ve got this thing off the ground, but no one is going to talk unless there’s an adult in the room that can actually try to mend fences.’ But right now, it’s a stalemate because there can’t be any other way.”

McIlroy’s comments come on the heels of reports that Saudi Golf Federation head Yasir Al-Ramayyan was considering removing Norman from his role as the CEO of LIV Golf and replacing him with Taco Bell executive and former TaylorMade CEO Mark King. Those reports were refuted by LIV Golf managing director Majed Al-Sorour. “Greg Norman is our CEO and Commissioner. Any suggestion that changes are being made to Greg’s title or role is patently false,” Al-Sorour said, per Golf Digest.

Norman is certainly still carrying on as if his job is safe and LIV is here to stay. Speaking to Australian media after it was confirmed that LIV Golf will head to Adelaide next April for one of the upstart tour’s 14 events, the 67-year-old said Woods and McIlroy should be thanking him for putting pressure on the PGA Tour to increase the prize money being paid out through the controversial “Player Impact Program.”

“Every PGA Tour player should be thanking LIV, including Tiger Woods and Rory McIlroy, because the PIP program wouldn’t have been increased without LIV,” Norman said. “Prize money wouldn’t have been increased without LIV, all these other things that have been introduced by the PGA Tour because of LIV. Competition is the best thing in life, in business and in sport. LIV is not going to go anywhere. LIV is just going to get better and better and better and LIV Golf has only just begun.”

Unless something major changes, it appears the feud between McIlroy and the PGA and Norman and LIV isn’t coming to an end anytime soon. 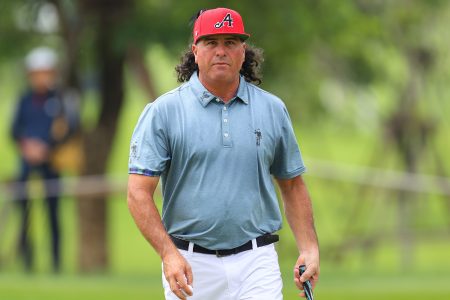