To support his team’s Kicking the Stigma mental health awareness campaign, Indianapolis Colts owner Jim Irsay is helping to put a piece of rock history that may eventually wind up in his expansive guitar collection on the auction block later this month in New York.

Used by Kurt Cobain in Nirvana’s iconic 1991 music video for “Smells Like Teen Spirit,” a blue 1969 Mustang Fender guitar will be auctioned off as part of Julien’s Auctions Music Icons series May 20-22 at the Hard Rock Cafe in Times Square in recognition of Mental Health Awareness Month.

A portion of the proceeds from the sale will go to Kicking The Stigma, an arrangement that was worked out after the Cobain family approached Julien’s about auctioning off items to support a mental health organization. Since its inception in 2020, Kicking the Stigma has contributed more than $16 million toward expanding treatment, research and awareness of mental health disorders in Indiana and across the nation.

That figure is going to rise by at least $2 million as that is the amount Irsay himself has already bid on the guitar, far more than the $800,000 it was originally thought the guitar would sell for.

“This guitar is big and it relates so much to stigma,” Irsay told the IndyStar. “When you have a mental illness, people die. These are fatal diseases — bipolar, schizophrenia, post-partem depression, alcoholic addictions. With fatal diseases, people die and they don’t choose to die. Those of us who are alive, we’re not stronger or better. We didn’t get our act together more. We didn’t have more character. That’s where it’s so false.”

Cobain died by suicide three years after recording the video with the ’69 Fender.

If all goes to plan Irsay, who owns dozens of musical instruments including a drum set from The Beatles and the original manuscript of Jack Kerouac’s On The Road, will be adding to his collection for a cause that’s close to his heart.

“Right now, there’s darkness upon people in America and throughout the world,” he said. “There are people on this sunny day that are going through horrors. They’re sitting alone, the world is dark, they see no way out and they’re in about the worst space you can possibly think of. They may be wealthy, they may be beautiful and handsome, they may be homeless, they may be whatever — it doesn’t matter. Mental illness does not differentiate.” 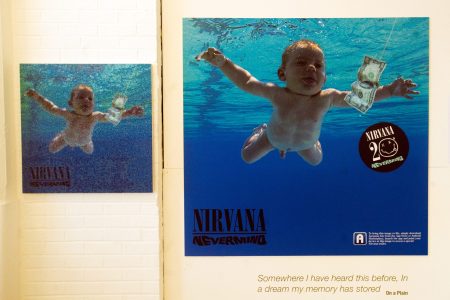 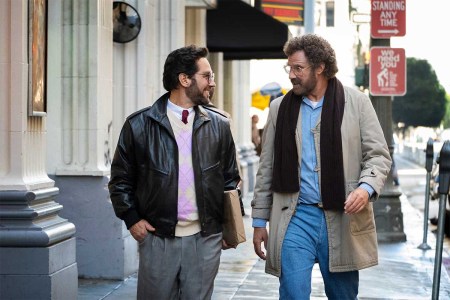 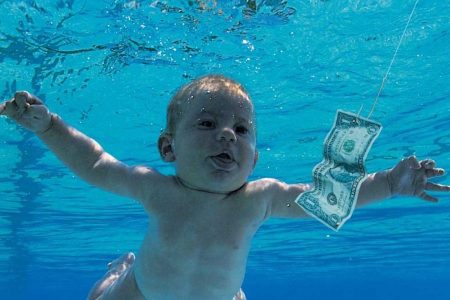 The Baby From the "Nevermind" Cover (Who Is Now a Man) Sues Nirvana, Claiming It's Child Pornography