Would You See “Birds of Prey” If They Changed the Movie’s Name?

Warner Bros. is citing SEO for a title change to the underperforming comic-book flick.

While earning solid reviews and a Rotten Tomatoes “Fresh” certification, the unusually-titled comic book flick Birds of Prey (and the Fantabulous Emancipation of One Harley Quinn) had a rather soft opening weekend, earning a disappointing $33 million.

Apparently, Warner Bros. is blaming the name. In a move to enhance audience recognition of the lead character (the anti-heroine played by Margot Robbie), the movie will now be called Harley Quinn: Birds of Prey on ticketing sites for major theaters, according to a report by The Verge.

The reason for the name change, which doesn’t affect the title you’ll see while you’re actually watching the film, is twofold: It highlights the central character (Harley Quinn, with Robbie continuing her role from the financially successfully but critically lambasted Suicide Squad) and makes the movie search engine optimization (SEO) friendly. In other words, the film is now easier to find on websites.

Related: The 20 Films to See Between Now and May

This name change could be a growing trend, particularly for films that don’t make a lot of money on launch. As The Verge notes, the last (terrible) X-Men film Dark Phoenix didn’t have “X-Men” in the title; it was a massive flop. And Prey’s studio Warner Bros. has done this in the past, changing the name of 2014’s Edge of Tomorrow from All You Need Is Kill (the original graphic novel source material), only then to switch that title to Live Die Repeat when it arrived on home media. That movie was actually quite good, but its explains-nothing title might have hurt the box office for what was supposed to be Tom Cruise tentpole flick. 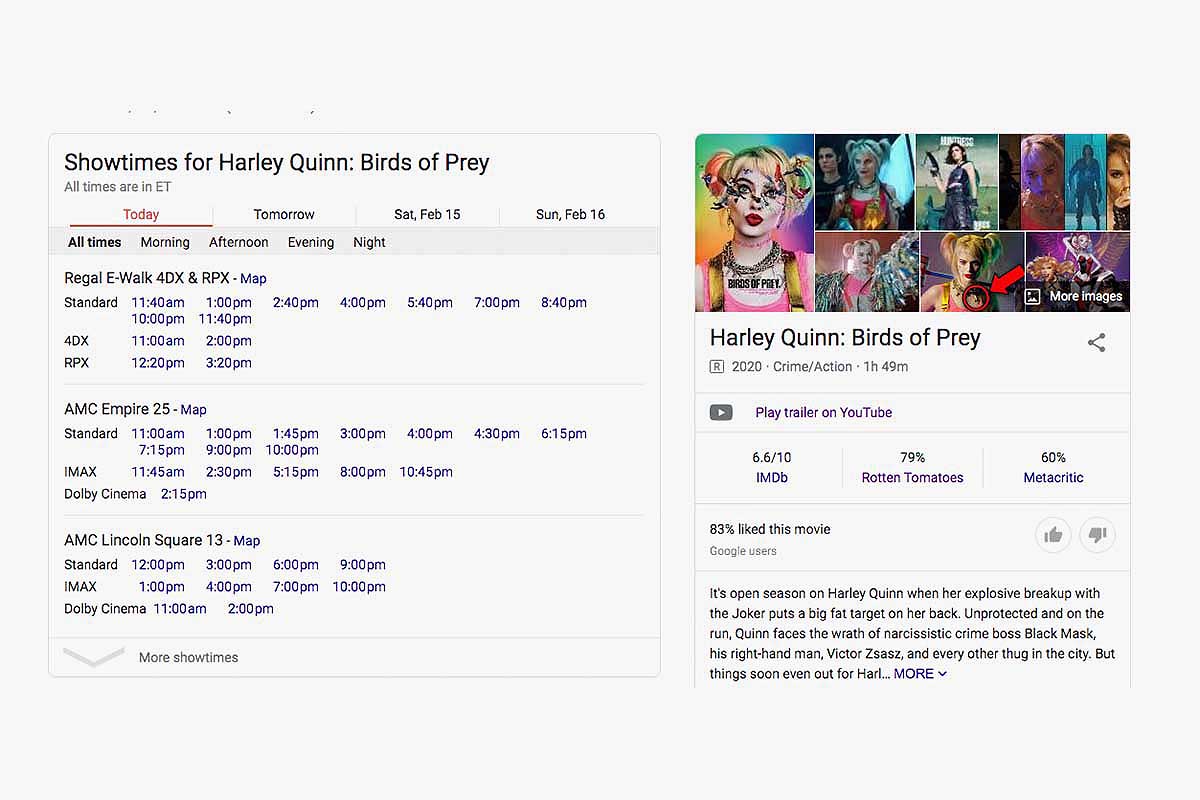 Will Quinn’s new title work? Given the upcoming holiday weekend and with little like-minded genre competition until the February 28 release of The Invisible Man, the small name change and emphasis will probably only help.

Remembering the "Hipster" Bars That Built Williamsburg as We Know It
Robin Williams’s Son Wants to Improve Your Mental Health With a “Mood Chew”
Trying the Wim Hof Method at a Luxe Sonoma County Wellness Retreat
Men Are Faking Orgasms, Too
Now More Than Ever, President Dwayne “The Rock” Johnson?
A Chat With Helen Macdonald About Her New Book, “Vesper Flights”

The Spanish Sandwich That Should Take Over the World
Five Negroni Variations That Are Perfectly Suited for Fall
As the New Face of Hummer, LeBron James Is Quietly Trolling His Critics
How the Best Memes of 2020 Are Embodying a Chaotic, Terrible Year
The 30 Best Simpsons “Treehouse of Horror” Segments, Ranked