Consider it a five-minute primer for a lifetime decision

There’s very little in your wardrobe that’s going to stand the test of time.

A good watch, however, is going to be part of your life forever.

To help simplify this life-changing decision, we asked Hamilton Powell, CEO at Crown & Caliber, to create a brief but informative guide to the world’s most iconic watch brands.

A bit of background: C&C is an online marketplace that specializes in pre-owned luxury watches. At any given time, there are more than 2,000 certified, pre-owned watches listed on their site.

Every day, they test, authenticate, service and refinish some of the nicest watches on earth. So when it comes creating a crash course on high-end tickers, you won’t find a better consigliere than Powell.

Here’s what he told us.

Brand: Rolex
Most Iconic Models: Submariner, Daytona
Who are they for? Rolex’s logo is a crown for a reason: it’s the king. These watches have an incredible history and are built to survive wear and tear — as well as trendiness.
A brief history lesson … In 1905, Hans Wilsdorf and his brother-in-law, Alfred Davis, founded Rolex. The company was originally based in London. The two men started their business by importing Swiss movements into England and putting them inside quality watch cases. They dubbed the company Rolex because it was easy to pronounce and write (symmetrically) in European languages.

Brand: Breitling
Most Iconic Models: Chronomat, SuperOcean
Who are they for? Breitling is undeniably sporty. The brand is highly inspired by military pilots, so they’re built for adventure. It’s also one of the last independent watch brands left — making it even more special.
A brief history lesson … Breitling was founded in 1884 by Leon Breitling. His original goal was to create precision watches for sports, science and industrial purposes. The company found initial success in 1915, when it made the first independent chronograph push piece.

Brand: Cartier
Most Iconic Models: Tank, Ballon Bleu
Who are they for? Most men who wear Cartier cotton to the elegant design. They’re more likely to make an appearance at a great cocktail party than on safari. They are extremely well made, and beautiful to look at.
A brief history lesson … Cartier was founded in 1874 in Paris by Louis-Francois Cartier. Shortly after the founding of Cartier, his son took over the company, and soon after, his grandsons Louis, Pierre and Jacques took the business global. In 1903, the company developed its first wristwatches on request from a Brazilian pilot. This pilot sparked the name of one of Cartier’s wristwatches, the Santos.

Brand: TAG Heuer
Most Iconic Models: Carrera, Monaco
Who are they for? Before it was TAG Heuer, it was just Heuer. In the ‘60s and ‘70s, Heuer produced some of the most badass watches ever made. Modern TAGs are often an homage to these early-day watches. Wanna try something really out there? Go with a Monaco, which was made famous by Steve McQueen.
A brief history lesson … The brand Heuer was founded in 1860 by Eduoard Heuer. The company patented its first chronograph in 1882; in 1887, it patented an oscillating pinion mechanism that is still used by major watchmakers worldwide. In 1911, Heuer patented the first dashboard chronograph for use in cars and airplanes, the Time of Tip. By placing itself in the middle of an emerging industry, Heuer had a consistent cash flow available for research and development. Because of this, Heuer was able to release the Micrograph in 1916, the most accurate stopwatch of its time.

Brand: OMEGA
Most Iconic Models: Speedmaster, Seamaster
Who are they for? Omega makes exceptional sportswatches. They’re designed for ocean depths, though they look great anywhere. There’s a cult following amongst Omega owners — they tend to be pretty down-to-earth dudes.
A brief history lesson … For starters, it was the first watch to the moon, as well as the first official watch for the U.S. Army in 1918. OMEGA has maintained its reputation as one of the best and most notable watches in the world by doing what it has done for over 150 years. OMEGA wearers include John F. Kennedy, Stephen Colbert, George Clooney and many other American icons.

Brand: Panerai
Most Iconic Models: Luminor, Radiomir
Who are they for? There isn’t a brand out there that has the aesthetic consistency of Panerai. Nowhere else will you find a sporty brand with a minimalist look. As a result, you can spot a Panerai a mile away. They’re also built to take a beating.
A brief history lesson … Panerai was founded in 1860 in Florence, Italy by Giovanni Panerai. The company started out by establishing connections with prestigious and long-established Swiss watch manufacturers. While the company did not design all of its movement in-house, it still became known as a top Italian horologist. Between 1890 and 1900, the company was taken over by Panerai’s grandson Guido, who provided the company with a new vision. Guido decided that the company would specialize in precision mechanisms, and it and soon became the official supplier to the Royal Italian Navy. 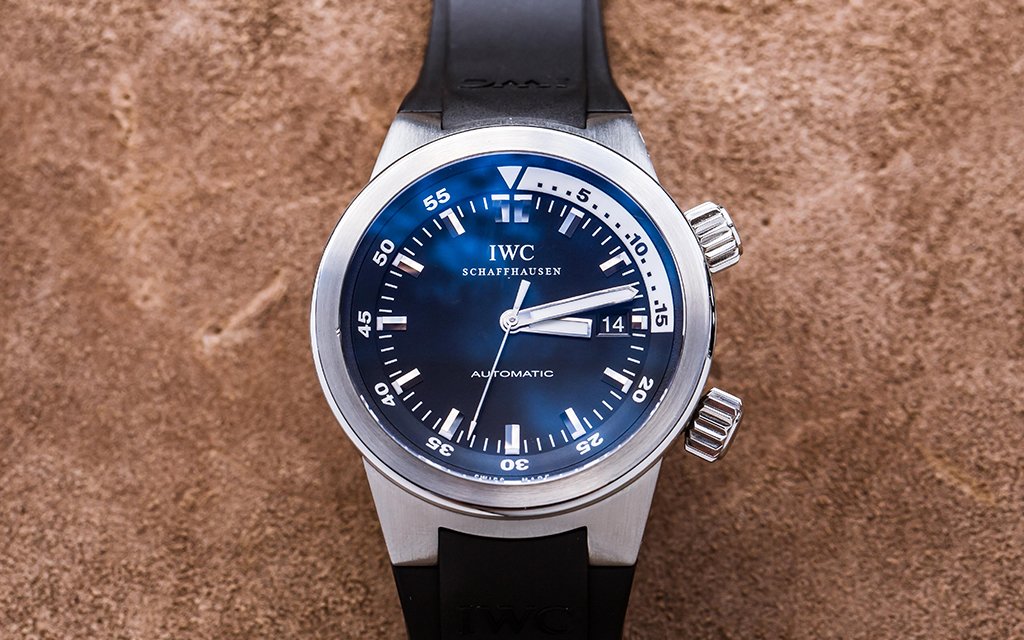 Brand: IWC
Most Iconic Models: Aquatimer, Portofino
Who are they for? IWC is a really underappreciated brand. It’s an extremely well-built and -designed watch with several distinctive styles. IWC makes a great dress, dive and pilot watch — and everything in between.
A brief history lesson … Short for International Watch Company, IWC was founded in 1868 in eastern Switzerland. As the only large-scale Swiss watch manufacturer in eastern Switzerland, they’re notorious for their location. The company was founded by an American named Florentine Ariosto Jones, who saw opportunity in Switzerland because wages were low and watch demand was high. Jones knew he could integrate Swiss style and technique with American engineering to make a stylish and highly efficient watch — nearly 150 years later, it seems he’s proved it.

Brand: Patek Philippe
Most Iconic Models: Aquanaut, Calatrava
What are they for? Patek has a very high price point for a reason. The company is independently owned and still handcrafts watches using many of the methods they did 100 years ago. Known for a high-end yet simple design, Pateks are perhaps the best-engineered watches out there.
A brief history lesson … Patek Philippe was launched in 1839 by two Polish immigrants. Antonit Patek, the businessman, and Francois Czapek, the watchmaker. Patek Philippe made its first watch in 1868, which included a perpetual calendar, split-seconds hand, chronograph and minute repeater. For an up-and-coming company, this was an impressive feat. Patek Philippe watches are usually sold for a high price because of their unique look and updated mechanical features. Bought by the Stern family in 1932, Patek has come a long way from its humble beginnings.