Some cast members got tears and speeches. Others left without a word. Is there a happy medium?

Which cast members get an extended goodbye and which don't always feels like a mystery.
NBC
By Jesse Hassenger

After a season where the number of semi-regular on-camera performers swelled to an astonishing 24 people, Saturday Night Live went through an overdue house-cleaning with its recent season finale. Shortly before the season’s final episode last weekend aired, news broke that Kate McKinnon, Aidy Bryant, Pete Davidson and Kyle Mooney, all veterans of eight seasons or more, would not be sticking around for Season 48 next fall. This left a good but overcrowded season with an appropriately overcrowded final episode, laboring for ways to send four well-liked and successful cast members on their way.

This four-way goodbye arrived close to the 20th anniversary of SNL’s first modern send-off. In May 2002, Will Ferrell left the show following a seven-season run (which at that time was far closer to the upper end of anyone’s SNL tenure; the record-holder in 2002 was Tim Meadows, who ended his 10-season run a few years before Ferrell left). Ferrell was all over his final episode, reviving beloved recurring characters left and right, appearing in nearly every sketch. But Ferrell appearing in most or all of the sketches had happened before; the major break from tradition in this episode was its final segment, where Ferrell’s castmates paid tribute to his work on the show. There was a capper with Tracy Morgan ranting about what a bad dude Ferrell really is, but before that, it was utterly and unusually sincere.

This was also the first extended acknowledgment of a departing cast member’s legacy. Much of the beloved original cast left in a couple of waves in 1979 and 1980, and many of the ’80s seasons were tumultuous in just about every way. Even in the more stable early-to-mid-‘90s era, some of the most popular performers on the show disappeared without much ceremony; Dana Carvey and Mike Myers both had separate mid-season departures, while Phil Hartman had a few lines at the end of a season-wrapping musical number, announcing that this was his last sketch. It was a ruthlessly unsentimental practice, compounded by some cast members not knowing for sure when they would be leaving — or fired. From this uncertainty, an even grimmer version of the tacit goodbye could manifest: Look at a sketch where Chris Farley, Adam Sandler, Tim Meadows, Norm Macdonald and Jay Mohr play themselves, systematically jumping to their gory deaths in a polar bear cave. It wasn’t a definitive “final” sketch — indeed, Meadows and Macdonald would survive into the next incarnation of the cast — but it’s hard not to read it as one in retrospect.

Even when the departures are more mutual and amicable, some of that uncertainty still remains. Last season, as the cast had grown to seemingly untenable levels, there was suspense as the Season 46 finale approached: Would anyone announce their departure, or even imply it? Several of that night’s performances could have been read that way: During Weekend Update alone, Cecily Strong sang “My Way” in a giant box of wine as Jeanine Pirro while Pete Davidson delivered a mini-stand-up routine that ended with his sincere thanks. After the show, it was announced that utility player Beck Bennett would not be returning; his sketch where he impersonated Vin Diesel extolling the virtues of “the mooovies” turned  out to be his swan song. Strong and Davidson, meanwhile, ultimately decided to return — though rumors asserted that Strong didn’t make that call until about a week before Season 47 began last fall.

This year, the decisions to leave were clearly made ahead of time — though that doesn’t necessarily clarify the question of how, exactly, to send cast members off while producing a show that’s defined by its ability to proceed with business as usual whenever possible. It’s especially difficult when trying to juggle multiple changes: In a recent interview with John Mulaney, Andy Samberg joked about how his departure was overshadowed by Kristen Wiig’s goodbye that same episode, where she was introduced by Mick Jagger and serenaded by Arcade Fire as each cast member, and finally producer Lorne Michaels, all took a turn dancing with her. The treatment of Ferrell and Wiig was so striking in part because it allowed for a peek into Michaels’ personal preference and loyalties, as well as his increasing desire to keep his favorites around.

Before 2002, it was easy enough to go along with the illusion that cast members’ longevity was determined by some combination of the audience’s delight in watching them on Saturday Night Live and willingness to watch them in other things. A successful run, therefore, would usually come out to around five or six seasons and naturally might end with cast members Irish-exiting to greener pastures. With Ferrell and Wiig, that successful tenure had stretched to seven seasons (and has since expanded further), and it became obvious that certain players weren’t only beloved by audiences, but by Lorne Michaels as well. (Or, more accurately, may have been extra-beloved by Lorne because of their facility with audiences.)

This year, the obvious candidate to receive that golden Ferrell/Wiig treatment was Kate McKinnon, a beloved fixture on the show for over a decade. As a long-time viewer, aware of how McKinnon sometimes receives applause breaks just for showing up in a sketch, I feared a long, soppy tribute to her unlikely (and, to my tastes, sometimes unpleasant) status as the show’s voice of moral clarity, spoken through her shticky political impressions. It was a pleasant surprise, then, to see her simply moved to the front of the show (displacing the usual current-events cold open) to revive a popular recurring sketch where her character is abducted and mistreated by aliens. It was a typical (if overlong) run-through until the end, when McKinnon’s character left with the aliens and offered a barely coded message on her way out, visibly holding back tears: “Earth, I love ya. Thanks for letting me stay a while.”

The other graduates mostly gave their mini-speeches on Update: Aidy Bryant appended her recent collaboration with Bowen Yang as dramatic “trend forecasters” with the “in” trend of “10 nice years,” while Davidson did another desk piece with another sincere thank-you (for real this time). He also did a final music-video parody shouting out his fellow departees — which was unceremoniously cut for time and appeared only on YouTube. Kyle Mooney, meanwhile, the king of getting cut for time, didn’t have so much as a single starring role in a sketch all night. (Maybe one will materialize on the internet in a few days.)

Mooney did, however, appear in a number of supporting roles, including a collaboration between Bryant and McKinnon, who so often teamed up to bring out the best in each other. In the final sketch of the evening, Bryant and McKinnon anchored an ad for “Grey Adult Pigtails,” with Mooney appearing as their shared (and pigtailed) sculptor boyfriend. Toward the end of the sketch, the three of them stood together in a goofy clinch, minutes away from being done with the show but still happily participating in a silly-hair sketch. No tears, no mini-speeches, just one more comedy a bit, squeezed in before the 1 a.m. cutoff. Maybe that’s a goodbye more emblematic of a run on SNL — successful or not, Lorne-faved or not. It’s hard to resist a more definitive send-off, like the adorable “Summer Nights” cover commemorating the end of Jimmy Fallon’s run (and, more specifically, his work with Weekend Update partner Tina Fey), and equally hard to be nostalgic for the days when cast members were so easily cast out. But maybe something about these departures should be a little sudden — a quick, sharp intrusion before the show inevitably moves on. 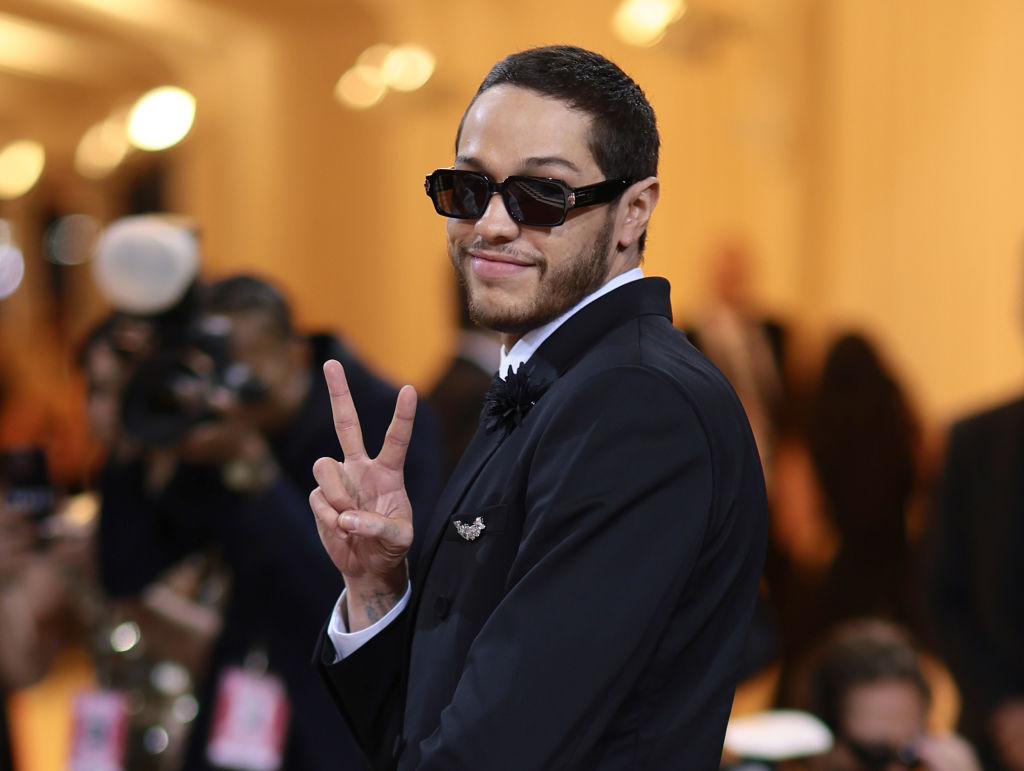 Four “SNL” Cast Members Set to Depart After This Season 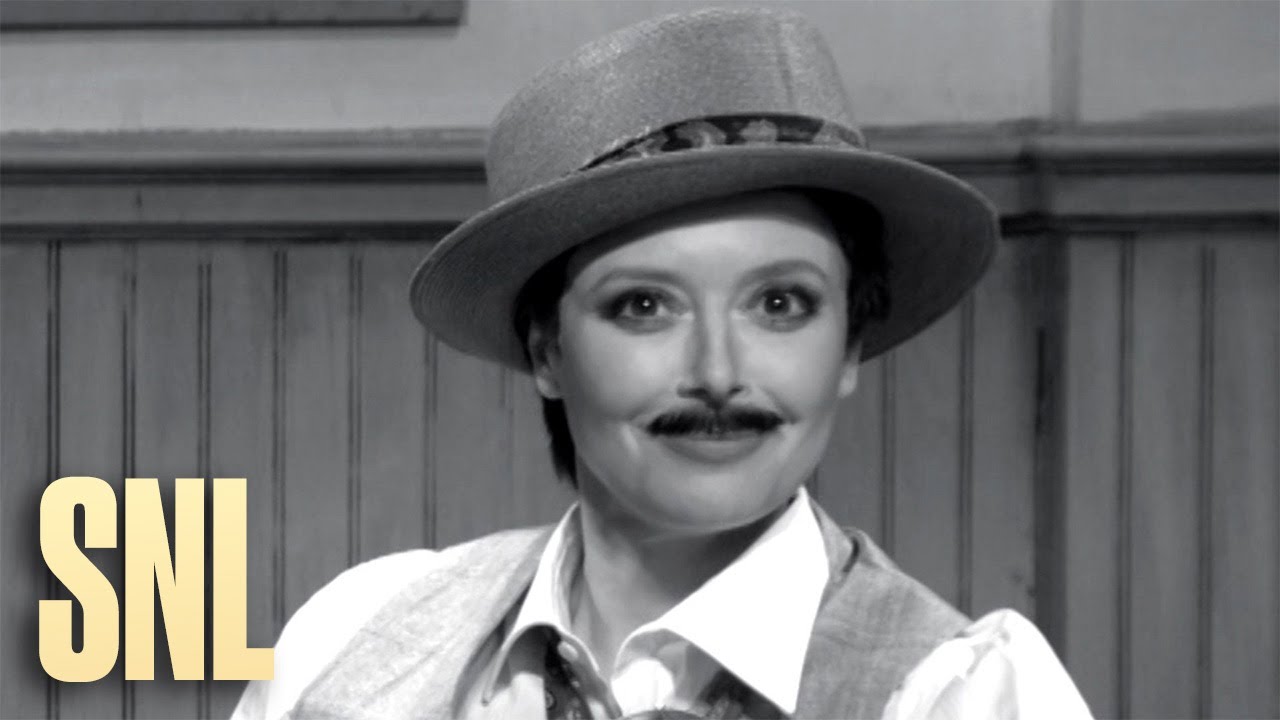 This Week’s “SNL” Took a Trip Into Baseball History 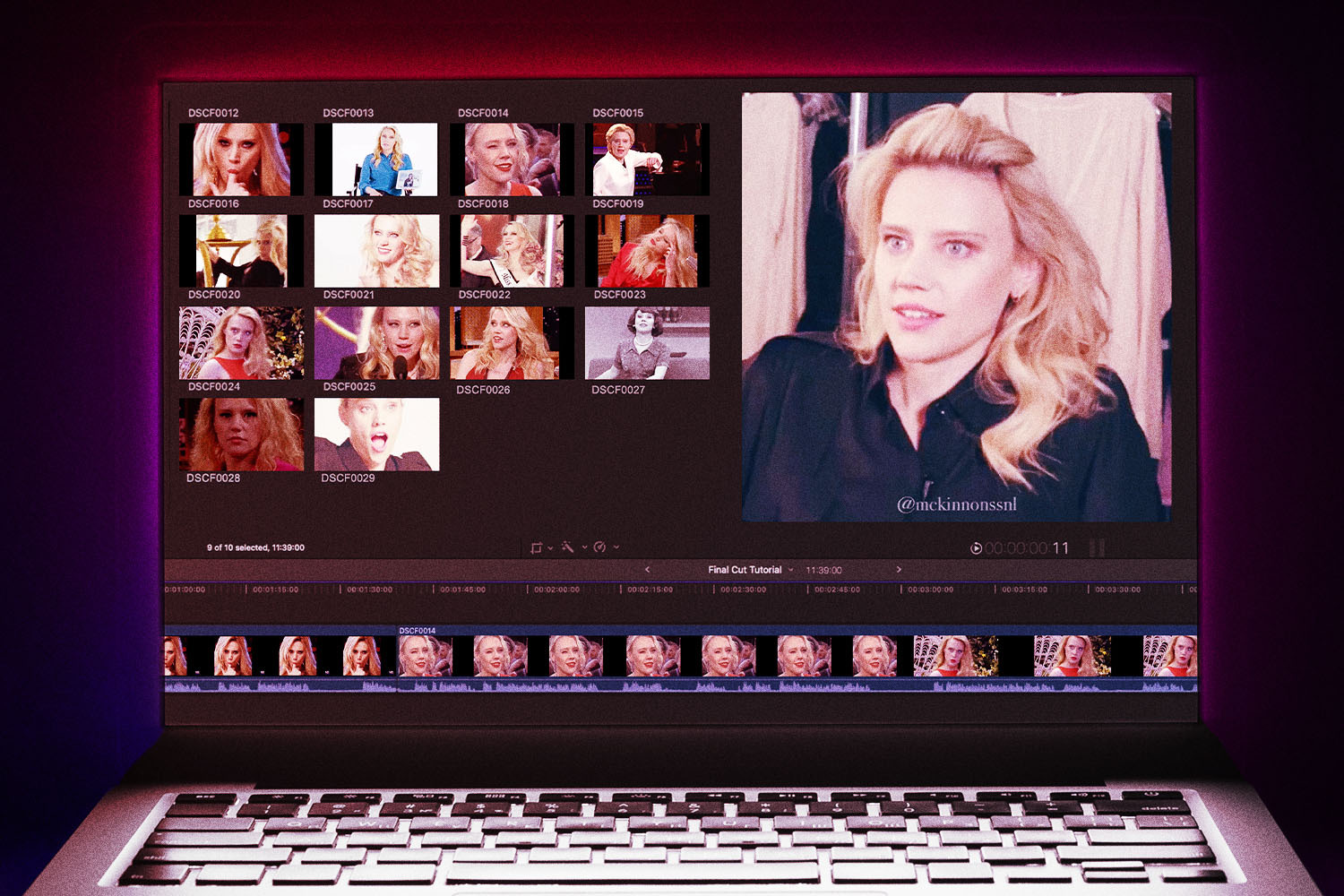