“Clarkson’s Farm” shows a new side to the ex-”Top gear” curmudgeon, and it’s just been picked up for a second season

Build it and they will come. This must certainly have run through Jeremy Clarkson’s mind as he prepared to open a farm shop, the Diddly Squat, in England’s scenic Cotswolds. Since the airing of his hugely popular Amazon Prime series, Clarkson’s Farm, earlier this summer, the single country lane leading to the shop can be as congested as a road in central London.

Just this week, the show was picked up for its second season. It’s a sign that Amazon has read the room. If country-lane congestion wasn’t enough to evidence the show’s massive popularity, then the petitions and strong reviews — both from the public and the press — certainly are. Clarkson’s Farm has become a phenomenon, showing a new, more empathetic side to an oft-combative petrol-head who has polarized the British and American publics with his bristly responses to “woke-ness” and left-wing politics. There’s a lot to be said about the glowing testimonials from The Guardian and The Independent, the latter of which called him a “Champion of the Underrepresented”; in England, such flattery is the equivalent of The Huffington Post bigging up Dave Portnoy. But they’ve got good reason. Clarkson’s Farm is the best thing Jeremy Clarkson has done since Top Gear, and with another season on its way, it’s time to bump the slice-of-life docuseries right up to the top of your Watch List.

The series is structured in eight hour-long episodes, each one focusing on a different area of agricultural life, from “Tractoring” to “Sheeping” to “Wilding” to, finally, “Harvesting.” The premise is not entirely thrilling: Clarkson buys a farm with his Top Gear money and then spends more Top Gear money trying to run it into profit. But the show examines what happens when you take someone already at the top of his career and make him start over in a new one.

Having come into this life as a rookie, Clarkson has to play down his stubborn, alpha-male personality and allow the experts to take the lead. Thankfully, the experts are a supporting cast of locals who seem to have all emerged from either Bill Bryson’s colorful, eccentric descriptions of English rural folk or the set of Hot Fuzz. There is the indecipherable Gerald. The dignified shepherdess Ellen. “Cheerful” accountant Charlie (all Barbour jackets and bad news). And Clarkson’s suffering side-kick Kaleb, who – unlike his new boss – does, in fact, know what he’s talking about.

The pair’s chemistry is one of the best things about the show. It’s clear from the start that the farm wouldn’t survive without Kaleb, which makes for plenty of comic moments as he clears up the gung-ho Clarkson’s mess. In a scene from the first episode, the 21-year-old berates his boss for placing the tractor tramlines wrong in a field. “They’ll be laughing at you!” he exclaims, referring to the citizens of nearby Chipping Norton. Having your sloppy tramlines ridiculed is a type of banter that, for once, leaves even Clarkson speechless.

But Clarkson’s ignorance is the show’s greatest strength. He admits, freely and frequently, that he is wildly outside of his comfort zone. But he never shirks from the realities of farming. Where similar programs are either ASMR portraits of pastoral bliss — My Yorkshire Farm — or reality shows set in Virginian corn fields, few explain what this life really entails (the History Channel’s The American Farm is a worthy exception). And that’s because farming is complex — something you realize while watching Clarkson get to grips with the machinery, weather and necessary culling of two sheep. The latter scene ends with the taciturn journalist weeping, touched by the absurd cruelties of mother nature, an obstacle he cannot simply throw money at.

“I’ve learned,” he states, that by the end of his year, “all of it is back-breaking and difficult … to be a farmer, you must be an agronomist, a meteorologist, a mechanic, a vet, an entrepreneur … a midwife, a tractor driver, a tree surgeon and an insomniac.” Farming — unlike racing a Lamborghini between Rome and Venice — is not a game. It’s serious work. But where other programs abstain from the long-winded intricacies of farming, Clarkson finds a way to keep it interesting. He is a natural at translating complicated information in a way that makes sense to the rest of us, with a dash of wit and comedy to boot. This is why he is remembered so fondly from his Top Gear days, and he sticks to this formula for Clarkson’s Farm (only instead of calipers, it’s crops).

After hearing of Clarkson’s struggles with government regulations and erratic weather, I developed a new sympathy for farm workers. Driving through the Cotswolds on vacation last week, I got stuck behind a tractor moving at a snail’s pace of 10 mph. Instead of becoming frustrated, as I usually do, I felt admiration. Judging by the time of the year, and what I’d seen on Clarkson’s Farm, this was harvest season. The driver in front of me would be busy, tired, stressed and racing against an unmoving deadline as drivers honked their horns and overtook him on dangerous country roads. The show has been praised by the media for shedding light on the struggles of agricultural workers. But it’s unclear if this was Clarkson’s intention from the start.

Whatever the case, Clarkson appears to be a semi-changed man by the end of the first season. He’s softer and more introspective, and seems connected to nature. The final scene shows him with his friends, comparing his life in London to his first year as a farmer (“I don’t want to go back … Look at the color of the fields over there. I’m happy here at work.”). Watching his transformation, I am reminded of a line from the Ancient Roman poet Virgil, who, after writing his epic The Aeneid — and becoming the most famous scribe of his time — abandoned high society for farming. “Look with favor upon a bold beginning,” writes Virgil, in a series of agricultural poems called the Georgics. Unlike the honey-blossom pastoral odes of Wordsworth, the themes of these poems are work, suffering and finding one’s purpose on the land.

Clarkson’s Farm is Jeremy Clarkson’s Georgics: his irrational journey into work and suffering after a lifetime of success; hoping that somewhere out on those fields, along the shingled-walls and freshwater streams, he might make sense of the next phase in his life. (At the very least, it makes great TV.) Following this personal journey over the eight hour-long episodes is what makes Clarkson’s Farm such a rich experience. And why a second season, which he enters with new wisdom and expertise, is so promising. The show isn’t really about Jeremy Clarkson on a farm; it’s about finding purpose in new beginnings.

He sums this up in a scene towards the end. Gazing over his newly harvested land, puffy-cheeked and groggy-eyed from an early morning’s start (perhaps thinking about his past life, shopping at Harrods, or an apartment in Chelsea), Clarkson reflects on how he’s never been more tired or dirty. But, he says — and this from the man who has lived so many of our dreams on Top Gear and The Grand Tour — “I’ve never been happier.” 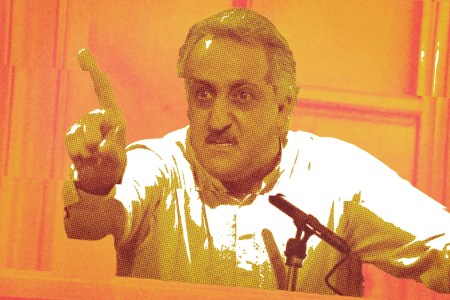 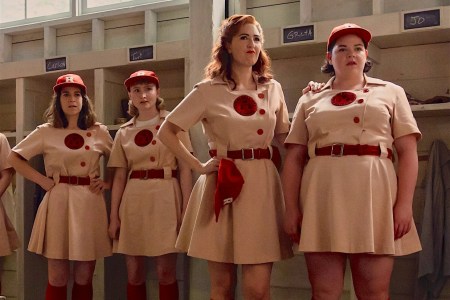 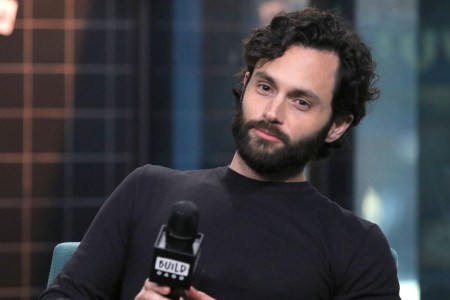