From Mark Borchardt from American Movie to Billy Mitchell from King of Kong to Timothy Treadwell from Grizzly Man, documentary films have shined a light on some real-life characters who are just as complex and compelling as anyone William Shakespeare ever dreamed up. (Though he doesn’t play himself and neither film is technically a documentary, Tommy Wiseau from The Room/The Disaster Artist also deserves a spot on that list.)

A fan of those sorts of “off” individuals, director Jason Woliner, who previously worked on the comedic reality show Nathan for You and spent two years directing Sacha Baron Cohen in Borat Subsequent Moviefilm, hit the real-life character jackpot in 2012 when a middle-aged man on Twitter hit him up and said he had a story to tell and a book and screenplay he wanted to bring to life.

Over the next decade, Woliner filmed Paul T. Goldman’s (alleged) story of how marriage, divorce and betrayal sent him on a mission to bring down what he believed to be an international sex trafficking ring. The resulting series, Paul T. Goldman, combines footage of Goldman telling his story to the camera, him playing himself in scenes from his screenplay and behind-the-scenes footage of Goldman offering his input on how to bring the screenplay to the screen. If it sounds confusing, it’s because it is, but it’s also funny, captivating and sometimes a bit heartbreaking.

To help Paul T. Goldman, which is now streaming on Peacock, make a bit more sense, we asked Woliner, who got his start in the film business as a child actor in Weekend at Bernie’s, to explain it, among other things.

InsideHook: Explaining this show is like explaining NFTs. Can you give me the elevator pitch?

Jason Woliner: It’s a documentary series about a real guy who met and married a woman who turns had a secret double life. Without giving too much away, it’s about the crazy journey he went on after discovering that. Paul wrote a book and a screenplay based on the book, so what we did is film his screenplay with him starring as himself but with a cast of really great actors to make it look as good as possible. There’s also behind-the-scenes footage and interviews and all sorts of documentary tricks to tell the whole story. It’s about a real guy, but it’s a different kind of format that allowed me to attempt to take a camera inside his mind and film the movie of his life that he sees his life to be. I made a weird project and told the story about making it at the same time. Does that make sense?

IH: Ish… When you started the project, did you know you wanted to try this format?

JW: In the very beginning after I read the book, I thought it could be a funny story to just adapt and film as a movie. When I met Paul and got to know him, it became very clear Paul was the story, perhaps even more so than the story he was telling. I tried to think of the best way to convey that and to take a camera inside his mind and really do justice to what I found so interesting about him and his story and the way he was telling it. This seemed like the best way to do it. At the same time, I wanted to let him steer as much as possible because it was his personality and mind I was so interested in. I didn’t really tell him that until he suggested playing himself. I already wanted him to, so I said great. When he suggested talking to the camera between scenes, I said to do it. These were all things I wanted to do, but I was really trying to not manipulate too overtly. Just had to see where he would lead us and hope that it landed in the right spot. It basically lined up almost always.

IH: What is it that makes Paul and similar documentary characters great subjects?

JW: It’s a good question. I think there’s something unique and charismatic about these people that makes them extremely compelling, but it’s hard to put your finger on exactly what that is. I think they all seem to have a very strong sense of self. These characters are confident in who they are. Though in my eyes a lot of Paul’s story is about his quest to fulfill the identity he wants to have as a husband, father and ultimately a hero, it seems to me he’s kind of known who he was since the beginning. When someone knows who they are ready to confidently tell you their story, there’s something about that that makes them very compelling to listen to.

IH: How did directing this project compare to other things you’ve worked on in the past?

JW: A big difference is that for something like Borat Subsequent Moviefilm, there’s a deception involved. People are not aware they’re in a comedy movie and think they’re in a documentary project and that Borat and his daughter are real. The similarity is I’m creating a uniquely curated reality and filming it. Unlike with Borat Subsequent Moviefilm, I was able to be completely honest with everybody with this. Everyone on set knew who Paul was and that he wrote the story of his life and had never acted before. Another similarity to the Borat movie and the stuff I’ve done with Nathan Fielder is that they call those docu-comedies. Paul calls this a docu-dramedy. So much is figured out in the editing of it. You can tell any story you want with hundreds and hundreds of hours of footage. My goal was to rewatch everything with an open mind and try to see what story I was being told and then edit it to make it make sense. 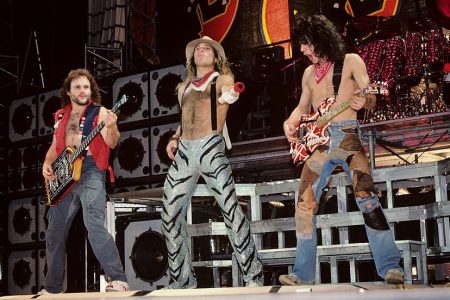 IH: Is there a takeaway you hope viewers of the show will come away with?

JW: I think Paul is going to be a divisive figure. I’ve shown this to people who find him lovable and to others who have really strong negative reactions to him. You can love him or hate him, but my hope people can walk away feeling okay with having a more nuanced view of this person and maybe people in general. We live in a very polarized time where people make up their minds about a person because it’s easier to live in a very binary way. I’m hoping this show gives people some stuff to chew on about how they view people.

IH: Totally unrelated, but what do you remember about acting in Weekend at Bernie’s?
JW: I was about seven or eight and my parents sent me down to North Carolina to stay with my grandpa, also named Paul, and shoot the movie for a few weeks. It was called Hot and Cold at the time and I’m pretty sure we didn’t know it was about dragging a dead body around. It was fun and everyone in the movie was so nice to me, but I didn’t know what was going on. It was really a lot of hijinks with a dead body, but the director just kept saying I was burying him in the sand, He was like, “Just jump right on top of him and start burying him.” Then he said, “Jump right on his genitals.” I didn’t know what that word meant at the time, but I didn’t want to tell anyone. I was confused and they were confused because I didn’t know where to jump. It was a good experience, but it’s so weird that I’m in that.