Inside the Secretly Progressive World of Game Shows

Last month I had a meeting with the showrunner, director and two executive producers of what many say is the greatest game show of all time, and — at the very least — the longest running game show in television history. (If you know, you know.) Despite my very high-profile company that afternoon, I felt at immediately home, welcomed by the demeanor and diversity of some of the most successful, creative individuals to ever make network television.

In my 10 years of working in game shows, this has been my norm. Do I have the requisite degrading, insane horror stories from working in entertainment for over 15 years? Of course I do. Are the worst of them from game shows? Surprisingly, not at all. Not even close.

Game shows are a strange offshoot of traditional broadcast TV, one that falls under many peoples’ radars. It certainly did for me; I didn’t watch game shows and actively made fun of those who hosted “game nights” (I’d rather smoke weed in my friends’ Jetta, thank you very much). But I loved puzzles, writing and strategy, and as a broke comedian fairly new to LA, I eventually submitted a packet to write on a reboot of Win, Lose or Draw for Nickelodeon and crossed my fingers.

I had no idea how beloved game shows actually were until I stepped beyond their shiny, Technicolor gates. It humbled me. Present-day game show lovers are an incredible type of person. They love talking about the genre; they’re excited and engaged rule-followers with a strong sense of fairness and propriety (Tauruses with a Libra rising, if you will). The people that make game shows — from the standards and practices attorney to the talent producer to the celebrity host — generally come from the same stock. They are highly intelligent, ethical superfans themselves, determined to continue the tradition of fun, fairness and the pursuit of fabulous prizes.

They have also always realized the necessity for evolution.

Behind the scenes, while they tinker with the wording of a question or adjust the point system on a bonus round, game show producers have been powerful purveyors of diversity and progressivism in the entertainment industry. In the spirit of addressing the highly complicated, systemically entrenched puzzle of societal inequity, game shows have been far ahead of other forms of television. They’re not perfect, of course, but the genre has historically made a huge effort for fairness on all fronts, helping visibility and progress more than my young, Trivial Pursuit-hating self had ever realized.

Game shows have been around as long as television itself. Longer, even: Since the first radio trivia show back in 1923, The Brooklyn Eagle Quiz on Current Events, a game show’s success relies on quickly tapping into the ever-evolving needs and the belief systems of its audience. Even now, game show production hinges on possibility, excitement and a kind of American dream: to celebrate cunning, knowledge and raw strategy, to facilitate the glory of a merit-based victory. (Of course, that’s not always how game shows are enjoyed or won, but that’s the idea.)

Midcentury game shows were fairly straightforward and low-budget, and while they were produced and hosted by almost entirely by white men, the outliers were exceptional. They included actor/writer/host/game-show powerhouse Arlene Francis, an Armenian-American woman who hosted some of the first game shows, including What’s My Name and Blind Date, and contributed to a dozen more. Even in the ’50s, game shows had permission to be far more risqué than most programming. For example, in a 1959 episode of What’s My Line? panelist Dorothy Killigan guesses what the show’s contestant sells and flirtily asks, “If I was holding it in my hand, would I have some reason to do so other than admiring it?” to uproarious laughter. (The contestant sold false teeth.)

The 1970s truly solidified game shows as a formidable television genre and art form. According to The National Archives of Game Show History, NBC, CBS and ABC — the three television networks to chose from at the time — had 19 game shows on the air. With their rise in popularity, game shows got a makeover, embracing hippie and mod aesthetics in protest of established entertainment norms (dreamy, somewhat Kubrick-ian sets of Pyramid, Match Game and Whew! are great examples of this). Recognizing that a civil rights movement was in full play, game shows began to embrace casting inclusivity. In 1975, Adam Wade broke the color barrier by becoming TV’s first Black game show host on the CBS’ Musical Chairs. In 1983, Betty White — a treasure then and forever — hosted Just Men! and took home an Emmy for Outstanding Game Show Host, the first woman ever to win in the category.

The late ’80s saw the rise of cable television, which sought out niche viewers for more myopic game show concepts. This meant a more diverse group of writers and producers needed to be hired to address those needs and hone the specific knowledge that might be expected of contestants. 1981’s The Krypton Factor used adaptations of early Atari games as an part of their own gameplay (an advantage that might immensely help a Space Invaders fanatic, but destroy nearly everyone else).

And of course, the 1990s saw game shows catering to younger viewers — Nickelodeon’s iconic Double Dare and Legends of the Hidden Temple and PBS’ Where in the World is Carmen San Diego? come to my Millennial mind — which meant even more attention to having these shows reflect a wide range of American kids and their values. Prizes on Legends of the Hidden Temple ranged from a Return of Jafar VHS to a Supersoaker set to a trip to the Greater Clearwater Chamber of Commerce. Casting, writing, challenge-producing and art direction all showcased content that catered to the modern kid — intelligent, philanthropic (I recall a lot of “Save the Rainforest” rhetoric) and independent. Like me, the bulk of current game show producers are Millennials, benefiting from and perpetuating this era of game show.

The ’90s moved into the new millennium with the birth of the Game Show Network and the rise of British import game shows, like Who Wants To Be A Millionaire, The Chase or Distraction. Nowadays, we take for granted the success of adaptations from our friends across the pond (The Office, anyone?) but in the mid-’90s and early 2000s, it could be a gamble. As mentioned, game shows have always thrived on clever writing and content, but adapting content to a whole new market made producers even more culturally savvy, hyper-sensitized to what an audience member would respond to and what might gently push them out of their comfort zone, having fun while simultaneously re-evaluating their own value system. In 2004 when Jeopardy! contestant Ken Jennings answered the “term for a long-handled gardening tool can also mean an immoral pleasure seeker,” as “hoe” and not “rake,” it set off a heated and hilarious rhetorical debate both on- and off-screen.

Like the Betty Whites and Adam Wades of yore, a host undoubtedly contributes to a game show’s conscience and tone. Working for many seasons on Hollywood Game Night and on Brain Games with Keegan Michael Key, I’m well versed in the impact of a celebrity appearance. But nowadays, hosts can be anyone — from celebrity chefs to Oscar nominees to game show winners themselves — and all go through an extreme vetting process, including background checks, social media deep dives and a casting process that can last years. They are the face of a game show, and they’re responsible for a lot of its personality. Hosts need to be on for blocks of tape days, often filming anywhere from three to six episodes in one shoot day. This means the hosts really are (on the whole) dedicated, hard workers who want to do right by contestants and fans.

To almost every host I’ve ever worked with, “doing right” generally means two things, in conjunction with each other: for the show to be entertaining and to ideologically connect with the viewer. Though they can be corny, it’s no wonder that sign-off lines like “help control the pet population, have your pets spayed or neutered” or “do it, Rockapella,” are so infectiously fun to recall.

Of course, game shows have made some painful, tone-deaf and embarrassing missteps over the years. The instance of an old comedy acquaintance winning a treadmill on The Price is Right comes to mind. (Cool prize, but the comedian lost both her legs in an accident in 2004.) Game shows can be corny, off-putting, abrasive or, most egregiously, boring. But even in the cringiest of cases, the people who make game shows are always on the contestants’ side — eagerly watching from the wings, walkies clutched, hoping you’ll risk it all for chance at the grand prize. 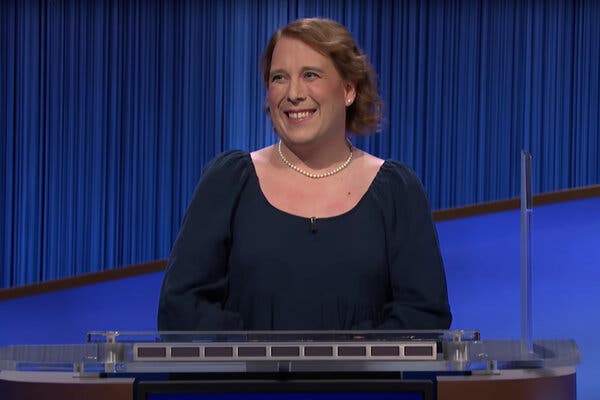 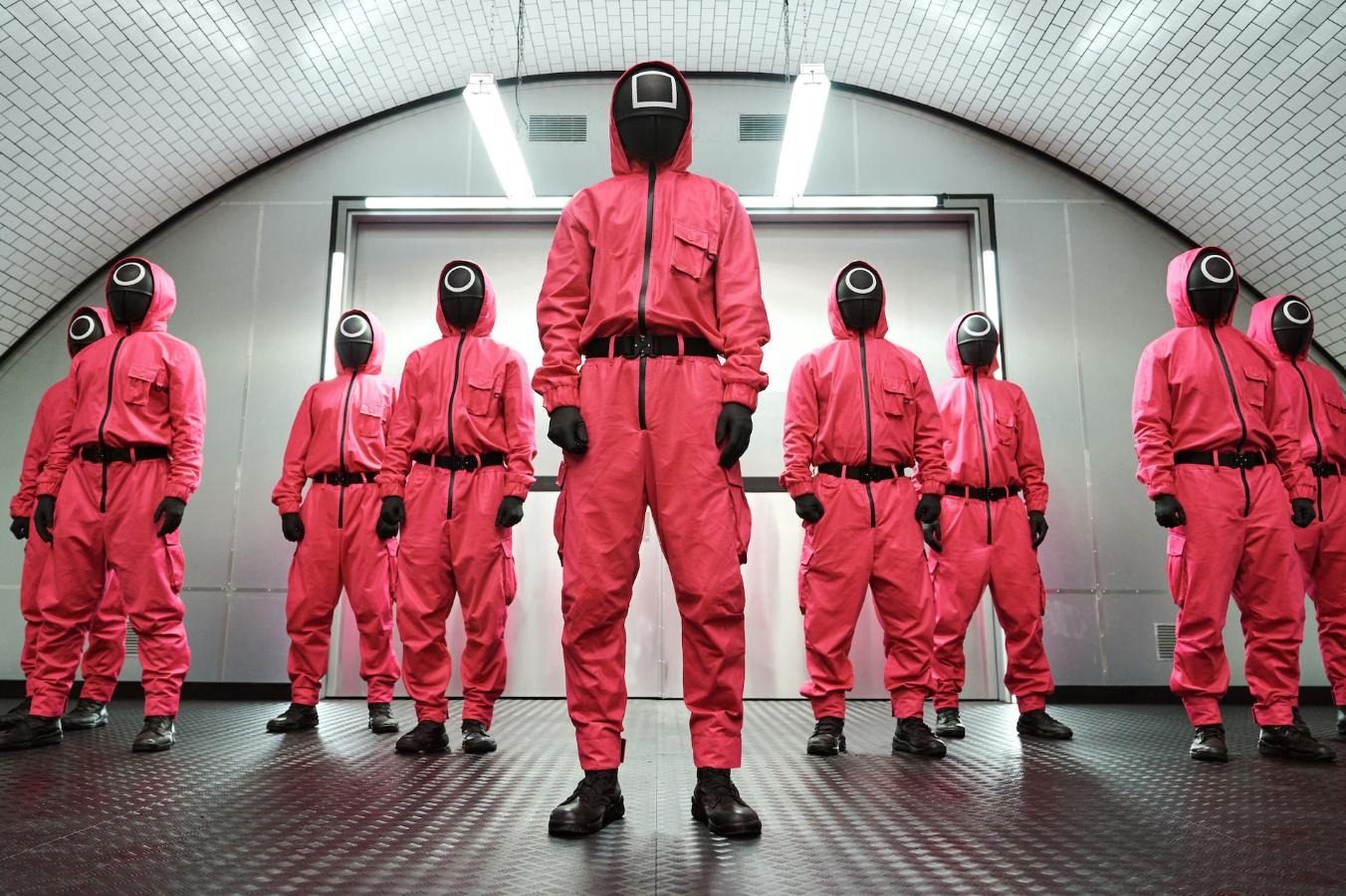