Yes, You Can Pull Off a Kentucky Derby Hat 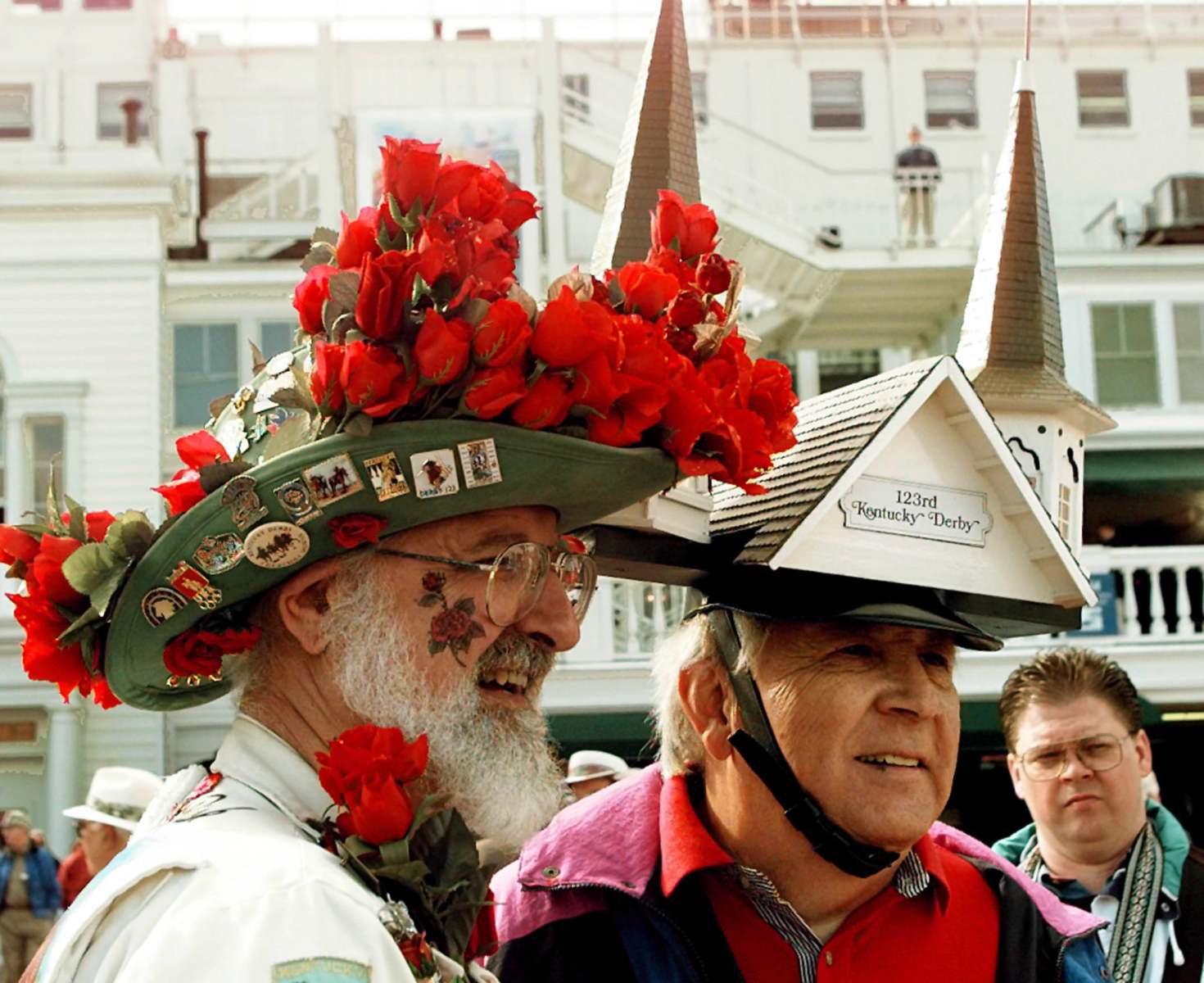 As with any number of formal occasions a dude will find himself outfitted for over the course of his lifetime — graduations, weddings, funerals, etc. — there’s a standard dress code to follow for each. The Kentucky Derby is no different.

The longest running sporting event in the United States, one that dates back to 1875, is more than just betting on the ponies and sipping Mint Juleps: it’s also the day that unofficially marks the beginning of warmer weather styles, with the standard dress includes lots of seersucker and madras bowties, all in a bright variety of colors and embellishments. “The modern Derby man,” the race’s own “What to Wear” section reads,” wears “sun-drenched, tropical colors in bold stripes or busy plaid and bright pastels [that] steal the limelight.”

And while it’s the ladies who tend to wear the fascinators, sometimes a guy just wants to top his outfit off with the right headwear.

But if you’re not already a hat-wearing kind of man, the prospect of donning yourself in an extravagant and embellished lid can be an anxiety-inducing prospect. You don’t want to come off looking like a Batman villain or Mr. Peanut. How do you decide which color makes sense or if any given ornamentation is too little or way too much? Does it matter what your suit — yes, you should wear a suit — looks like?

“The more straightforward the better, and it should complement the outfit rather than distract from it,” advises InsideHook’s resident fashion guru, Creative and Style Director, Danny Agnew. “Derby attire is flamboyant by nature, and the quickest way to ruin a festive ensemble is by throwing another ‘hey look at me’ piece on top of it. You wind up looking like a person who just slapped a bunch of shit together that seemed ‘Derby-ish’ and has no actual taste or consideration for the heritage of Derby attire.”

Agnew believes you can’t go wrong on the classics. But if you’re going that route, do the research.

“The best Derby getups to me are the ones that look like they could have actually been worn by a person back in the day — not a costume based on [that] idea,” he continues. “If you want to see how to really do it, the best way is to look at old photographs and let those be your guide. These guys weren’t just combining as many ostentatious items as possible, it was about creating a cohesive whole with a statement piece somewhere in the mix.”

If your Derby hat is your statement piece and the rest of your ensemble is more muted, don’t be afraid to have a little fun with an element like color.

“It’s fun to emphasize or exaggerate the springtime, this colorful season,” Van Huynh, hatmaker at the legendary New York City atelier, JJ Hat Center, tells InsideHook. “You get the best gradients of light and shadows during the [Kentucky Derby] in the daytime, so something particularly shiny and eye-catching will play with the light. Go for a color, be a little bold.”

Most men like a minimalist approach, Huynh points out, and opt for a less-is-more look. If this sounds like you, choose your own preferred color or one within that same range — maybe a khaki or tan base — and add a bold accent color to jazz it up. Huynh adds that you can be more formal with a navy or black hat, if that’s more your speed, and play up the formalwear feel with a vibrant splash, too. That way, you’ll be more comfortable and at-ease but still appropriately dressed for the occasion.

Another problem you might run into is the sheer number of hats out there. If you walk into a shop and see dozens of choices from berets and Panama hats to baseball caps and porkpies, don’t sweat it, the number of styles appropriate for the Derby is much lower.

“I’d go with a derby or a fedora in style,” Huynh says. “Generally the most commonly worn hat is a fedora; it’s easy to wear. I like a wide brim fedora. A top hat would be very fun, too, because it’s appropriate for a formal event but is less serious. A derby makes it a pun and is so literal. Some people might feel inclined to choose one because it’s more formal, too.”

Most men feel peculiar about embellishment and adding something feels very over-the-top for some, Huynh says when asked about making a regular hat a bit more special for an event like the Kentucky Derby. But if not now, when?

“A bigger top hat, like, eight-inches-tall, or a hat with brightly colored feathers is so fun,” Huynh points out. “You can do more muted flowers; that brings it almost to the point where they look western and can feel more unexpectedly masculine. Even just a little chain to accentuate it can take it from a normal hat to more.”

Whatever you decide to do, the point here is to enjoy yourself because you only get to do it up like this once a year.

“Something big [might be] obnoxious but could be fun because it’s only used for one day,” Huynh says. “It’s all about the experience of [wearing a] hat at the Derby.”