The world’s on fire. Surf movies are an excellent, imperfect escape. Light up and press play.

Surf movies will help you escape even for a little bit.
Al Schaben/Los Angeles Times via Getty Images
By Josh Marcus

There are two kinds of endless summer: the dreamy kind, where you circle the globe chasing warm weather and good waves, and then there’s 2020, the peat bog of misery we find ourselves currently stuck in. A global pandemic, plus a recession, plus West Coast wildfires do not a wonderful summer make, and a little escapism is warranted.

For those lucky enough to live by the coast, surfing usually does the trick. But if you’re in Northern California like I am, you can’t even do that anymore. There’s so much smoke in the air even the waves are filled with ash. The best option, if you’re looking to recharge for a while, is to watch some surf flicks, maybe with a joint as company. Everyone onscreen is having an excellent time, and so will you, at least before the existential dread returns.

So with that, the very necessary anecdote to these times: the perfect surf movie binge.

My Talented Lads Go on a Big Adventure

Number one: Vela is a YouTube docuseries released in April from two-time World Champion surfer, bad neck beard-haver and ripper with the name so nice they named him twice — John John Florence. Florence blew out his ACL in 2018 and again in 2019, and he used the downtime to go on a dreamlike adventure with his buddies through the Pacific on his sailboat. Not bad, man.

Vela feels like watching home movie footage from a summer camp for extremely athletic film students. Here are the campers jousting with broken surfboards near a shipwreck. Here they’ve caught a big tuna for dinner. Now my happy lads are dancing in the rain. Now they’re surfing inside a sea cave.

Their main destination, 1,108 miles from Hawai’i, is the Palmyra Atoll, a 4.6-square-mile speck of reef that was once bulldozed to make way for U.S. military defenses. Its ecosystem has bounced back, and now researchers study it as a model of conservation in a climate-changed world. It’s like the “nature is healing” meme, but real. A very pleasant series all around.

Next up is the 2018 HBO documentary Momentum Generation, about how Kelly Slater and friends went from being lost teens crashing together in Oahu to ruling the pro-surfing world during the ‘90s and beyond. It’s basically a rock doc, but about a band of surfers. They emerge from broken homes, become brothers in arms, escape into the spotlight, escape from the spotlight, then find their way back to shredding for the joy of it. It’s sometimes painful to watch — they’re all surfing away from different demons — but the payoff is a deep, surprisingly nuanced look at mental health, sports and contentment. Friendship forever. Etc. 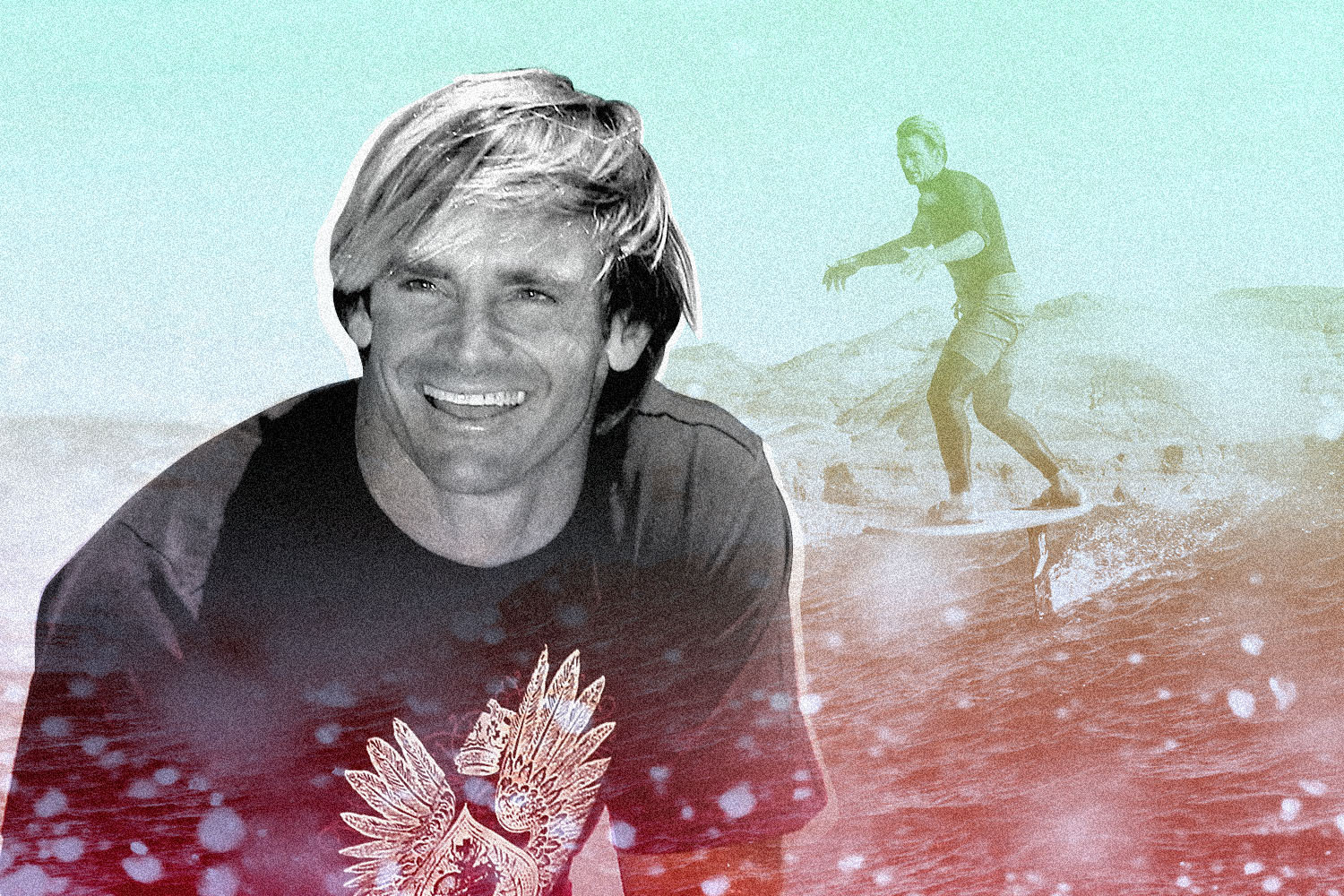 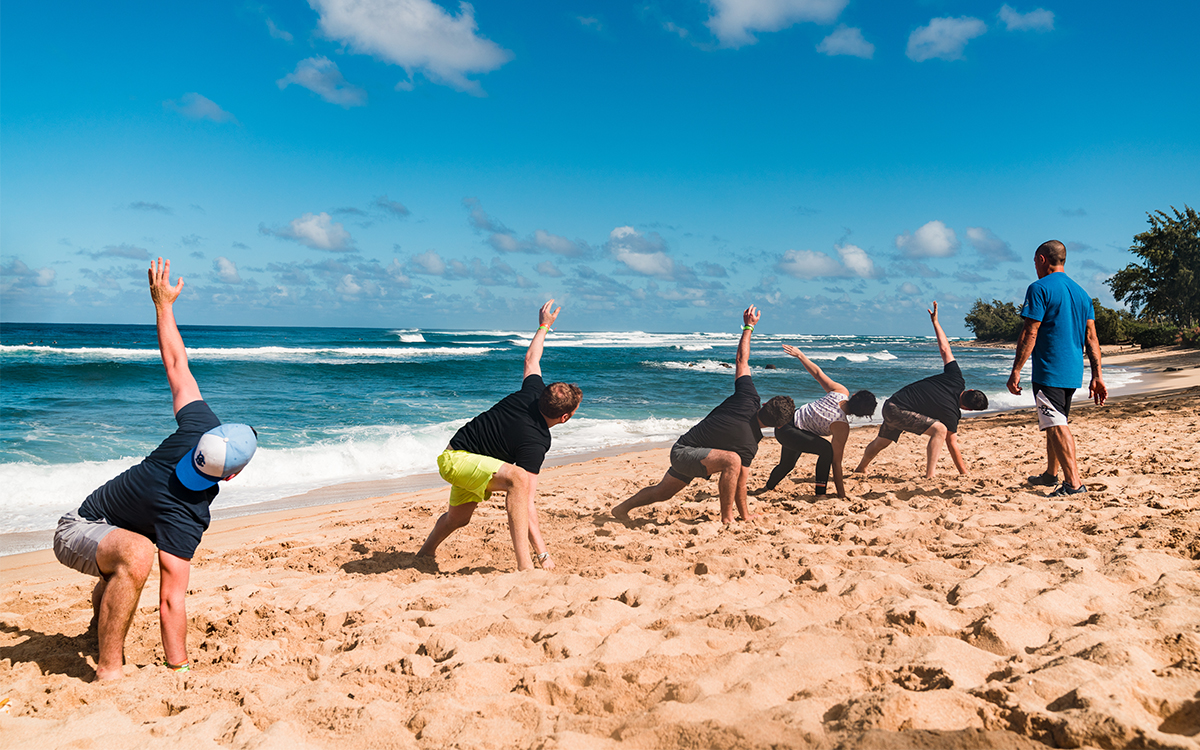 Renting 2002’s Blue Crush costs a cool $3.99, but will spirit you away to a delightful train wreck of cinema. It could’ve been a real prestige dramedy about a group of diehard female surfers taking on class and sexism in Oahu’s insular surf world. Instead, what you get is about 33 percent of that, but mostly just a string of bizarre moments that make you feel like you might be high if you aren’t, and deepen the highness if you are.

A few of note: Kate Bosworth, as the lead, decides to start practicing at Pipeline, a legendary and dangerous surf break, a week before The Big Contest that’s held at Pipeline. The stunt doubles all look vastly different from the actors, especially in cannabis-aided slow motion. Michelle Rodriguez has an argument while circling Bosworth on a jet ski. Everyone’s wearing the worst low-rise denim imaginable. There’s a quarter-baked love story between Bosworth and a corn-fed pro football player who is in town for the Pro Bowl, that includes such subtle and deeply intimate filmmaking as a shot of white, ejaculatory ocean spray exploding off the beach when they first go to bed. Football Man, rather than her crew of sister surfers, ends up being the one to convince Bosworth she shouldn’t give up despite the adversity she faces along the way. They also share a laugh in a hotel hot tub talking about how native Hawaiians are “crazy” about their land “and their women,” always a good look for white people on land that was colonized by white people!

My favorite moment, though, is when a ripped native surfer gets revenge on pretty much the entire viewpoint of this movie. He walks by Football Man while he’s hanging out at a surf spot, and says, “Nice shoes, bro.” The camera pans down for a POV and, BAM: our hero is wearing … Nike Shox with bootcut jeans. This is supposed to be our savior? Is the movie in on its own B.S. at this point? You decide!

The Racist Grandad of Surf Movies

Last but not least is 1966’s Endless Summer, the granddaddy of surf movies, which you can stream for free on Tubi. It follows two surfers, Mike Hynson and Robert August, as they follow summer across the hemispheres searching for the perfect wave. Like any grandfather, one must honor his contributions — that iconic poster, the beautiful camera work and dreamy score, the first introduction to surfing for so many — while also acknowledging that there are times that grandpa can get pretttttty racist.

The movie is incredibly dated. There are a lot of stupid jokes about the “natives” and cannibalism and the apparently exotic species of “girl surfers.” At one point, narrator Bruce Brown calls a Ghanaian surfer’s wipeout a “reverse Patrice Lumumba” (you know, the Congolese post-colonial independence leader, who was killed by firing squad, five years before, ha ha!).

But if you can get past that — God made mute buttons for a reason — there’s also a veritable Tumblr moodboard of big fits to be enjoyed. The clothing, an amazing mix of mid-century California surf style, prep and Americana, is impeccable throughout. It’s a fever dream of excellent nautical striped tees, dive watches, turtle shell sunnies, overdyed henleys and perfectly faded Levis. All the boards are done up in pinstripes and pleasing pastels. For one fleeting moment of sartorial infinity, an Australian surfer kid struts on the scene in proto-Blundstones and a deadstock bomber jacket. They wear suits to the airport while holding their surfboards!

All in all, enjoy the escape, but not for too long. The world is bad and it’s mostly our fault. But surfing, that’s good. Really good. Even if it’s just on TV.