“Loopers: The Caddie’s Long Walk" director Jason Baffa tees off with RCL about the documentary.

SOUTHAMPTON NY - 1950: A golfer and his caddy prepare to tee off at the National Golf Links of America Southampton New York in 1950. This photo was shot for the story 'America's Snootiest Golf Course' published in the April 22 1950 issue of the Saturday Evening Post. (Ivan Dmitri/Photo by Michael Ochs Archive/Getty Images)
By Evan Bleier @itishowitis

As the old saying goes, behind every great golfer, there’s a great caddy.

Filmed on location everywhere from Augusta National Golf Club in Georgia to the Old Course at St. Andrews in Scotland, the film examines the place of the caddie in golf history as well as the relationship and bonds golfer and caddie develop through their time together on the links.

The inspiration for the project came from executive producer Jim Packer, a Hollywood studio executive with a passion for golf. Familiar with Baffa’s previous work on a number of surf films (One California Day, Bella Vita, Singlefin: yellow), Packer approached Baffa about the idea.

“He said, ‘Look my caddie is my best friend. Sometimes I spend more time on the weekends with my caddie than I do with my wife. I’m embarrassed to admit it but it’s true,’” Baffa told RealClearLife. “He said there was a story there that could be told and that’s really what got me excited about it.”

Baffa, who played a number of sports as a kid including golf while growing up, began researching the golfer-caddie dynamic and couldn’t find any relationship in athletics that really compares to it.

“I couldn’t put my finger on any position in sports like the role of a caddie,” Baffa told RCL. “They are doing everything from offering technical advice to strategic advice to being a straight-up cheerleader at times and managing emotions. They have a really interesting role that had never been explored in a feature documentary and that really hooked me.”

The concept also hooked the film’s narrator, Bill Murray, though confirming the Caddyshack star – who worked as a caddie growing up – was going to take part in the project was far from a hole in one.

“Anytime you can get Bill Murray it is kind of amazing – but it was no easy task,” Baffa said. “Up until about an hour before, I had no idea if he was going to show up.”

Baffa explained: “We got a hold of a guy, that’s about all I can say, who was able to pitch it to Bill. We tracked him down at the BMW Pro-Am tournament and got to chat with him briefly. And then it was about two years of trying to track him down to get him to come in and read for a few hours. Luckily, I got a call at the last minute to fly down to Charleston overnight. It was most likely that he was going to show up, but I didn’t know for sure when I got on the plane if he would. But I was sure as hell happy he did. It was so fun having him involved. He’s in the Caddie Hall of Fame with his brothers, so he’s a big supporter. He’s one in a million for sure.” 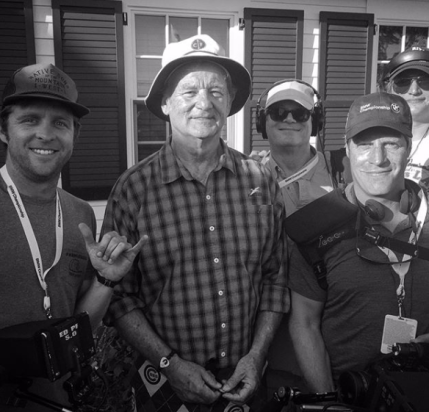 Bill Murray with the crew from “Loopers.” (via @loopersthemovie on Instagram)

While doing the narration for Loopers, Murray also reflected on how his past as a Caddie influenced his future career playing roles like Carl Spackler.

“He said he had three great schools or mentors growing up and they were Second City, Saturday Night Live, and being a caddie as a kid,” Baffa said. “He said it taught him that at times you let someone else have the stage while you shut up and do your job and just be there for them. I think it really did have a profound influence on him, not just a performer but as a person.”

In addition to shutting up as Murray mentioned, it’s referenced in the film there’s a saying that a good caddie does two other things: showing up and keeping up. But, while making Loopers, Baffa realized there’s far more to the role than that.

“First and foremost, they need to able to read people. That goes for pro tour caddies, amateurs that work at country clubs and resorts, and kids who are trying to get scholarships through the Evans Scholars program by caddying,” Baffa said. “They need to be able to read what a person needs and act on that. Some of them are good golfer and some of them aren’t that great but they understand the game and know how to read what a player needs to be successful. For pro caddies especially, they are now making million-dollar decisions. When their player asks for advice, if they give them the right advice, that player can win over $1 million and they get a percentage of those winnings. On that level, it’s a lot more than show up, keep up and shut up. I think the movie disproves that mantra.” 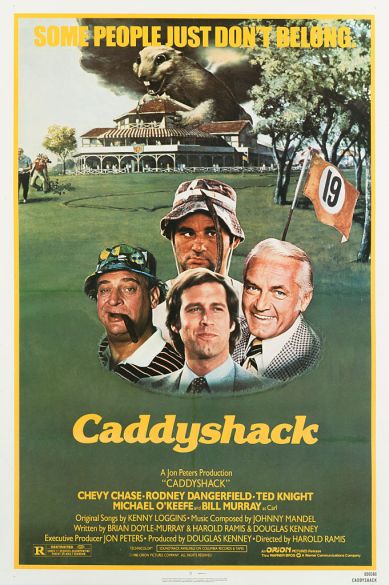 Interestingly though, because of that mantra, obtaining access into the world of caddies did have its obstacles.

“It was hard to get guys to do interviews. Part of the caddie role is you shut up, you don’t talk,” Baffa said. “It really rippled into our world. No one wanted to talk about what they do. It took a while to win them over. Especially for the pros, they didn’t want to risk doing anything that could throw their golfer off. We got lucky in that a number of golf legends whose stakes aren’t as high were willing to talk. So a lot of the film focuses on historical moments and how the caddie helped someone like Ben Crenshaw or Tom Watson or Nick Faldo.”

And there’s perhaps no better example of a caddie coming through for his boss than when Fuzzy Zoeller was able to win at Augusta in his first crack at the Masters in 1979.

“In the early days, golfers had to use a local caddie. It was the rule. Even if the pro had a caddie that’d been with him all year, when he played at the Masters he used their caddie,” Baffa said. “Zoeller said that for him, being clueless as a new player on that course, having that local knowledge was like giving a blind man a seeing eye dog. The caddie really led him around the course. It’s invaluable to get that local knowledge. It really is.”

The trailer for the film, which debuted at the Santa Barbara International Film Festival in early February and is currently being shopped around, is below. To find out where you can see Loopers next, sign up for updates.