10 Weird Things Your Partner Has Learned About You in Quarantine

They're watching you, and they're learning things you don't even know 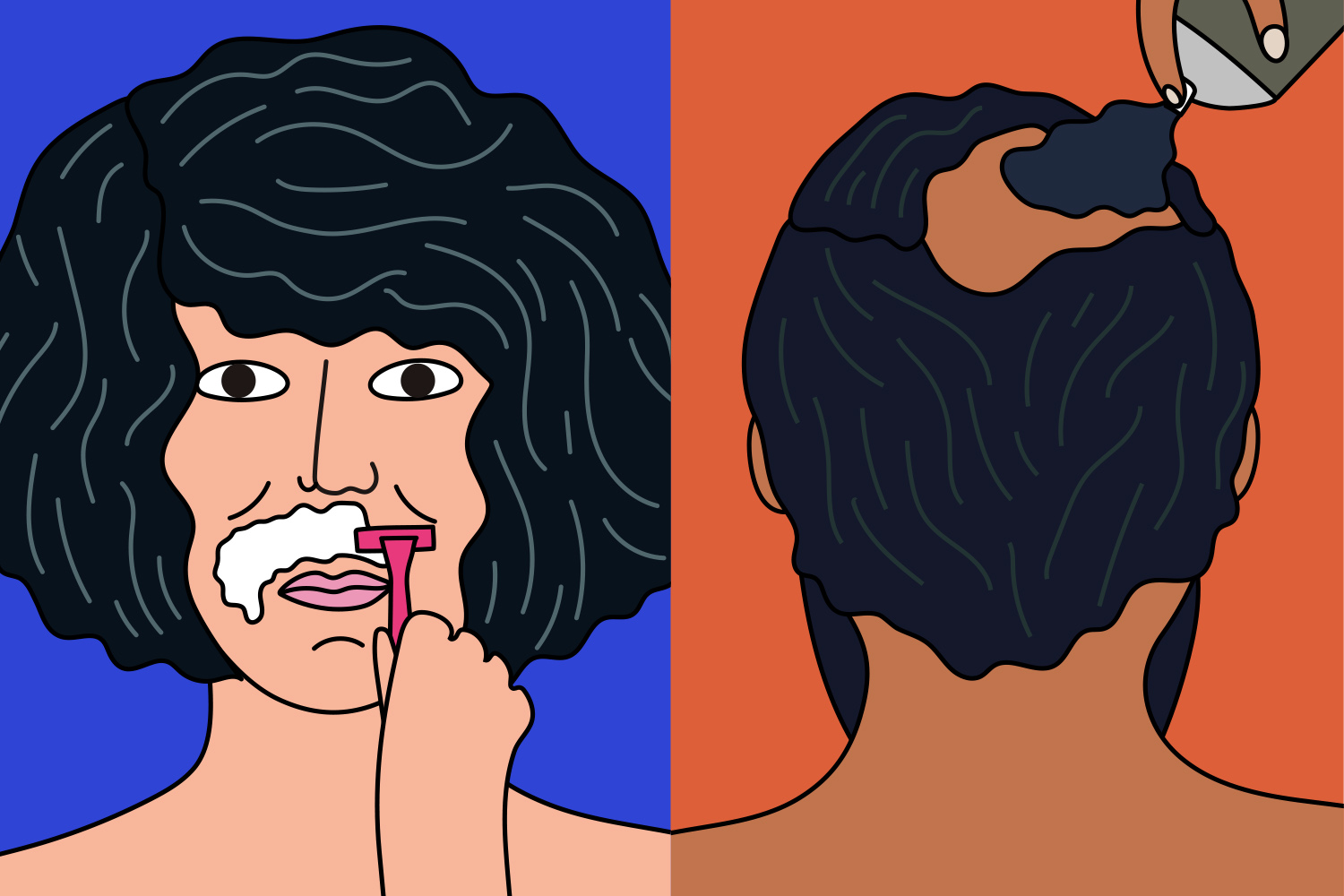 Nice to finally meet you, boyfriend of seven years.
Rinee Shah for InsideHook
By Kayla Kibbe / April 10, 2020 8:47 am

They say that in a good relationship you never stop learning about each other. Fortunately for couples everywhere right now, being quarantined together indefinitely has a tendency to provide plenty of new material for even the closest of long-term, cohabitating partners.

No matter how long a couple has been together, being cooped up 24/7 in these unprecedented quarantine conditions is bound to reveal new insights into who your partner is when you’re normally not looking. Now spending literally every waking and sleeping moment together, partners are privy to new sides of each other, as everything from random ticks and habits to office alter-egos comes to light.

And while various reports predicting a post-pandemic spike in divorce rates seem to suggest not everyone likes what they see, plenty of couples are learning more innocuous things about their partners-in-quarantine.

Last month, Twitter exploded with tales of quarantined couples meeting their partners in work mode for the first time after InStyle editor Laura Norkin tweeted about her husband’s use of office jargon while taking work calls from home.

“A funny thing about quarantining is hearing your partner in full work mode for the first time. Like, I’m married to a ‘let’s circle back’ guy — who knew?” she wrote, prompting thousands of replies from people who’ve realized they’re living with everything from “just to clarify” and “out of pocket” to master small-talkers and that guy who calls everyone “Chief.”

But coupled quarantine revelations don’t stop at work from home insights. After the Zoom meetings are done and the work calls are through, there are still several hours of weird behaviors left to observe.

For your amusement and edification, we asked ten women about some of the surprise habits, ticks and quirks their partners have revealed. From unconventional eaters to mid-day masturbators, these are the people women across the country just found out they’re living with.

“He wiggles his toes when he’s on important conference calls. Like all 10 of his toes unnaturally somehow move when he’s focusing really hard.” – Liza, 29

“I had to establish ‘office hours’ because my fiancé was interrupting my work flow by asking too many random, unrelated questions throughout the day. Now he has specific times when he’s allowed to go into my ‘office.’ I just wonder if he’s like this at work. Am I going to be marrying that annoying co-worker who just doesn’t shut up?” – Lydia, 33

“He’s literally the guardian of the thermostat and light switches. Our roommates always want it to be “80 and sunny,” AKA every light on and the heat cranked, and the other day he literally grumbled, ‘Well I’m not paying for that.’” – Christine, 24

The Strange Man in the Apartment

“I freaked out the other day when I heard his ‘work voice’ while he was talking to his boss on the phone in the other room. I was like, ‘Do you guys hear a man’s voice that sounds like it’s in our apartment?’ My roommates looked bewildered and were like, ‘Um, yeah, your boyfriend of seven years?’” – Cara, 23

“He only eats his food with the little spoons and forks. Like child-sized utensils. He never uses the full-size ones.” – Vanessa, 31

“Unfortunately just predictable things: He’s the kind of guy who doesn’t fill the Brita, the ice trays or the Keurig water.” – Kate, 32

“He eats eggs and hotdogs every morning for breakfast. Not sausage. Hot dogs. He sees nothing strange about this. He says he’s done this his whole life.” – Julia, 26

“He showers a minimum of three times a day. Morning, noon and night, plus an extra after workouts. That’s weird, right? Or am I the gross one?” – Jennifer, 34

“He constantly giggles while listening to podcasts while working. I asked if he does this at work and he was like, ‘No, I just feel less inhibition here.’ I really fluctuate from being like, ‘That’s kind of cute,’ to finding it fucking infuriating.” – Mira, 29

Plus a bonus shoutout to the polyamorous guy who just found out where he ranks: