Is the World of Signature Guitars Finally Ready to Fix Its Gender Gap?

There are more female guitarists than ever. It's time that guitar companies recognized that.

Why do so few female musicians have their own signature guitar models?
Andrew Chin, Brian Rasic, Dimitrios Kambouris
By Hilary Saunders @hilary_saunders

In late January, Epiphone announced a new instrument collaboration with rock and roll stalwart Joan Jett. The stringed instrument and amplifier company, which was purchased by Gibson in 1957, partnered with the trailblazing singer/songwriter last year to devise one of the only new custom guitar models to bear the name of a female artist.

Modeled off her old, trusted Gibson Melody Maker, the Joan Jett Olympic Special is a lightweight electric guitar, with an asymmetrical body and glossy white finish. Like Jett’s music with The Blackhearts and her first band The Runaways, both noted for charging riffs and clear-cut song structure, her signature artist model guitar is loaded up with straightforward, user-friendly features — a PowerHammer PRO bridge pickup, a single knob for tone, and a toggle switch or “kill switch” that can mute the sound in staccato bursts. Its solid-body construction gives the Olympic Special lasting sustain, and with a price tag of $549, it’s also a very accessible model for newer players.

As Jett said in the accompanying promotional video for the guitar’s launch, which was set to correspond with the 40th anniversary of “Bad Reputation” (the video for which was released in 1982) and “I Love Rock ‘n’ Roll” (which was still charting that year), “One thing that’s been consistent my whole career is my guitar sound. What attracted me to guitar was just being able to make that kind of noise and have control over it. So when we were talking about releasing my new Epiphone Signature guitar, it had to have my sound.”

Signature artist model instruments, which pair an established brand name luthier with a famous player’s specific technical preferences (which can range from pickups to wood type to paint color and everything in between) have existed for more than a century. In 1952, though, Gibson released its iconic Les Paul model — a gold, heavy, solid-wood, rounded-body, electric guitar named after the famed instrumentalist. Since then, Gretsch launched its Chet Atkins model in 1955, Guild made two Duane Eddy models in the early 1960s, and Ibanez released a rhinestone-gilded axe for Paul Stanley of KISS in 1978. Fender first launched its own artist models in 1998, having since collaborated with Eric Clapton, Yngwie Malmsteen, Jimmy Page, Stevie Ray Vaughan, Kurt Cobain and more.

Most of these signature models have been made for white men, though. Some Black guitarists — many of whom are blues musicians like Buddy Guy, Muddy Waters and even Jimi Hendrix — have gotten their own instruments too. But most noticeably missing and misrepresented are women.

Of course, Jett’s new guitar is not the only signature model made for a female musician. In the 1990s, Fender released its first signature Stratocaster for a woman, the blues-rock legend Bonnie Raitt; in the 2010s, B.C. Rich released the Lita Ford Signature Warlock Electric Guitar. Other women with their own models include Sheryl Crow’s Gibson acoustic, Avril Lavigne’s Squier Telecaster and Newporter acoustic, Chryssie Hynde’s Telecaster, and Taylor Swift’s Big Baby Taylor acoustic. Most of these models, however, were sadly short-lived.

In 2017, St. Vincent became the first woman to design her own line of signature guitars from scratch, working with Ernie Ball Music Man to launch the series.

As Annie Clark, the Grammy award-winning musician behind the St. Vincent moniker, told Vice News in March of that year, she spent a lot of time in the design phase “making sure it was as comfortable to play sitting as it was standing up.” (On her Instagram, she also joked that “there is room for a breast or two.”) Not only does Clark play these signature St. Vincent models exclusively now, but other musicians like Beck, Dave Grohl of the Foo Fighters and Omar Rodríguez-López of The Mars Volta have all shredded on them too.

Grohl already has his own signature Gibson hollow-bodied electric, though. And while Beck doesn’t, British guitarist Jeff Beck has his own signature Strat. It seems like a parade of missed opportunities that so many women, despite being known for their own iconic guitar tones, don’t have the customized and name-branded gear to show for it. That Sister Rosetta Tharpe, for example — the “Godmother of Rock ‘n’ Roll,” whose revolutionary use of distorted electric guitar blues influenced not just one style of music, but all the ways in which the instrument is used — never had her own signature instrument is a travesty. [Ed. note: On Feb. 24, Gibson announced a limited, 61st anniversary edition of Sister Rosetta Tharpe’s iconic 1961 Les Paul SG.] And more recently, what about musicians like Carrie Brownstein of Sleater Kinney? Susan Tedeschi? Surely a Phoebe Bridgers signature model would move some units. Yet they’ve all been inexplicably passed over in favor of a range of white, male indie rockers.

But in the past few years, industry-wide inclusionary efforts to involve more women have helped spur slow, yet meaningful change. In 2018, Fender released the results of its not-actually-so-revelatory survey, which showed that that 50% of their new buyers in the United States and United Kingdom were women.

As Matthew Watts, senior vice president of marketing at Fender, tells InsideHook via email, “When players see themselves in the artists we spotlight … it inspires them and opens up a world of possibility for their future in music. It’s also up to us to take a leadership position in ensuring that female artists and players are properly represented in the world of guitar.”

He explains that in order to determine who gets their own artist signature model, members of Fender’s product and marketing teams consider three main factors: authenticity, creativity/innovation and influence. Essentially, Fender wants to partner with musicians who already swear by their gear, impact the state of popular music and inspire all types of players and musical communities.

Fender’s process of working with musicians is very collaborative. As Watts says, the goal is all about “bringing an artist’s idea, vision and story to life.”

“It’s crucial to connect with the artist and hear what their inspiration is not only from a technical spec standpoint, but the impact and story they want their signature to leave with their fans,” he continues, citing Tom Morello’s Soul Power Stratocaster, Kurt Cobain’s Jag-Stang and Chrissie Hynde’s Telecaster as three instances where specific details of the equipment itself had to be maintained.

“Other times,” says Watts, “the artist has dreamt up something special and it’s up to our product team to figure how to bring that vision to life, which they always do! No detail is left unturned — from the silhouette and the sonic fingerprint, to the neck profile, hardware, and unique embellishments.”

He points out that H.E.R.’s signature model is an instrument that’s not only one of Fender’s most aesthetically pleasing and technically impressive, but also most symbolically important. Released in 2020, H.E.R.’s iridescent “Chrome Glow” Stratocaster (which Watts notes was inspired by Gabriella Sarmiento Wilson’s favorite nail polish color) features noiseless pickups and original artwork from the Grammy award-winning R&B singer/songwriter along the neck.

As Wilson told Alternative Press at the time of release, “By designing a Stratocaster with a color, shape and sound that is 100% my own, my hope is that other young women and players from all backgrounds feel inspired to pick up this guitar, tap into their thoughts and create amazing music.”

In fact, this Strat is not only the first signature artist model for a Black woman that Fender produced, but it’s the first one ever made.

“H.E.R. is a once in a generation talent who has a unique ability to write songs that connect on a broad scale while also inspiring the next generation of players,” Watts exudes. “If you’ve seen her perform, you know that her style is unparalleled.”

Although Fender recently announced commemorative models celebrating the 40th anniversaries of its Jaguar model guitar and Squier line of instruments, Watts clarifies that the company has not yet revealed any of its artist series instruments for the year.

In fact, he teases, “We have something special in the works for late 2022 that hasn’t been announced just yet … We also have an exciting pipeline of signature models with female artists that are currently in development.”

Though the roll-out of signature artist guitar models for women has been slow, many guitar companies have been integrating more women into their marketing campaigns, which is certainly a start. In 2018, Fender began working with Nashville guitarist Melanie Faye and L.A. rock band Cherry Glazerr’s frontperson Clementine Creevy. And just within the past few months, Gibson tapped Amythyst Kiah and Nikki Lane — both guitarists and songwriters at the nexus of country and rock ‘n’ roll — to serve as spokespeople for its new Generation Acoustic Collection campaign. While none of these instruments were tailor-made for these women guitarists, the endorsements certainly help cement women’s place in music and validate the experiences of women who play. 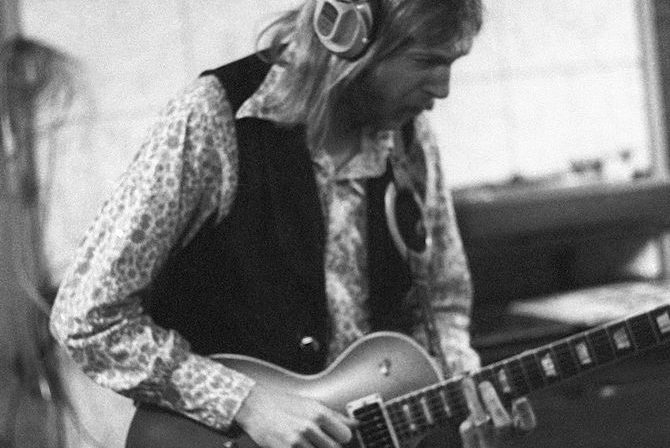 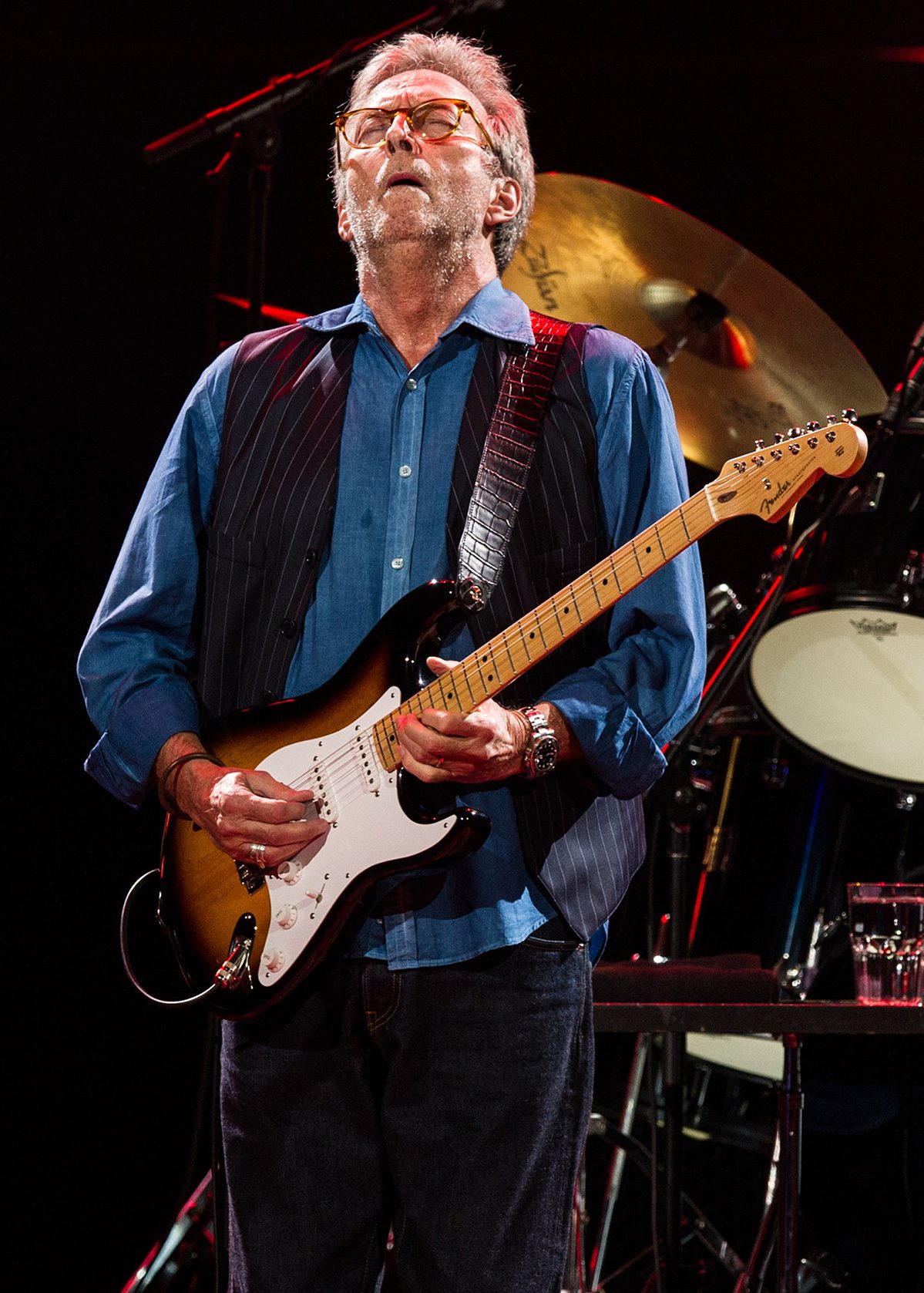 Iconic Vintage Fender, Gibson Axes You Can Score From Heritage Auctions
Fender Brings Custom Axes to the Masses for the First Time