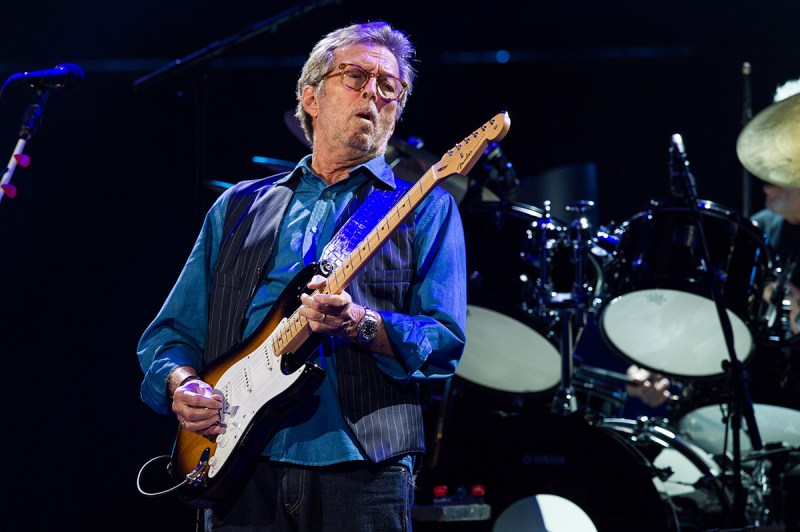 What do Jimi Hendrix, Eric Clapton, Slash, Angus Young, and David Gilmour all have in common? They have a signature axe—left-handed Fender Stratocaster, Sunburst right-handed Fender Stratocaster, Gibson Les Paul knockoff, Gibson SG, Fender Deluxe Special Edition Stratocaster, respectively—that they wielded onstage for their entire career (or at least the bulk of it). Now you too can attempt to find your own future signature guitar at Heritage’s upcoming “Vintage Guitars and Musical Instruments” signature auction, taking place on Oct. 22 in Dallas, Texas.

The depth and breadth of the auction is simply astonishing: it’s a musical version of Candy Land. Since you’re likely the type of guitarist that wants to separate the wheat from the chaff, RealClearLife has curated a list of our five favorite axes in the upcoming auction.

All guitar aficionados immediately think of one thing when the word “Bigsby” gets thrown around: the classic style of vibrato whammy bar affixed to a guitar’s bridge that makes your axe emit the tone that rocker Neil Young made famous. Only collectors know that Bigsby actually made its own line of guitars, and this rare example is about as good an example as it gets. There’s no pre-auction estimate on this baby, but the opening bid at press time is $160,000.

You’ve probably seen the Foo Fighters’ Dave Grohl playing a distant cousin of this guitar, but it looks exactly like what it is: a see-through guitar. This one just happened to be owned by the late Carl Wilson, lead guitarist (and for many years, one of the lead singers) of The Beach Boys. This exact copy was used on the band’s 1973 album, Holland, which featured the group’s classic lineup. Pre-auction estimate: $35,000 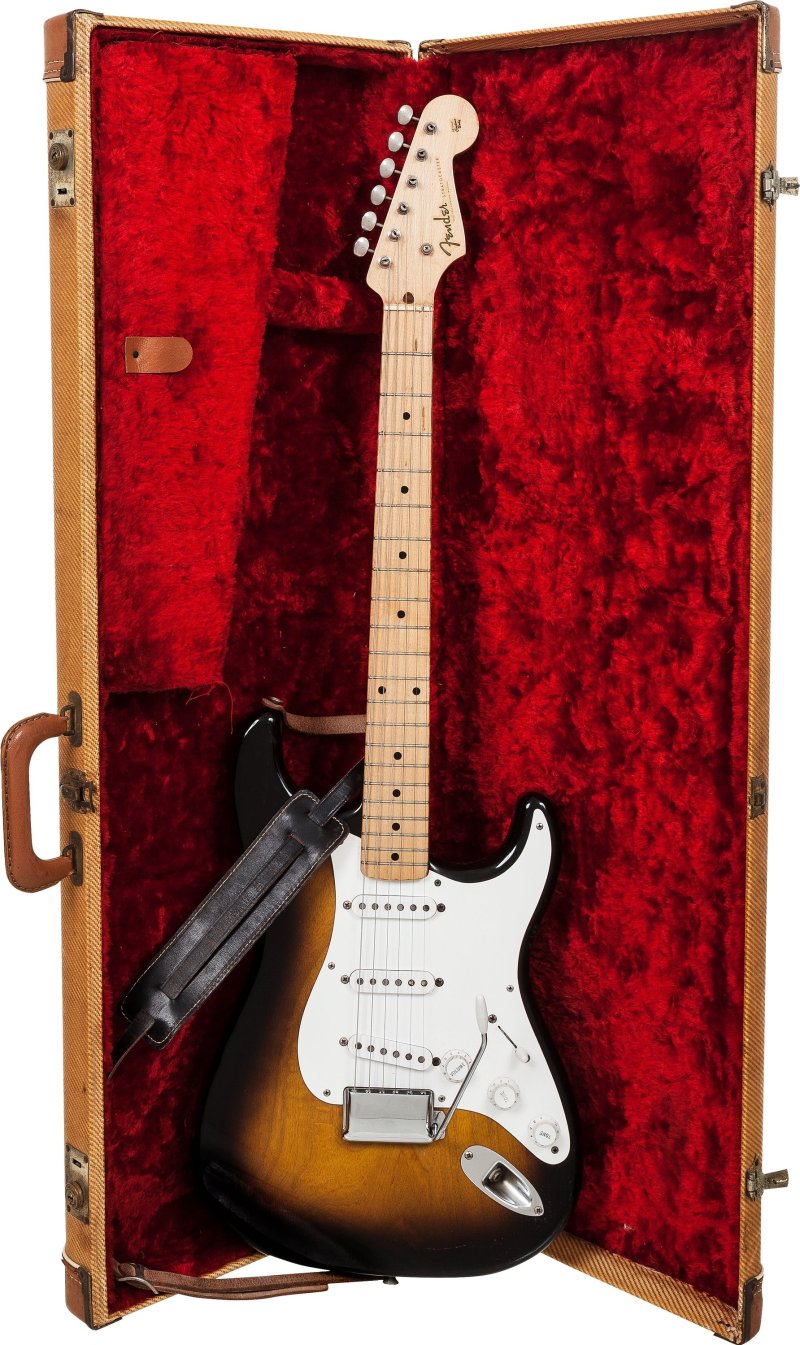 Guitar historians might disagree with our listing this type of guitar as Eric Clapton’s “signature axe,” but it is one of the most important ones he’s used over his storied career. (Other models include a black Fender Strat and a psychedelically colored Gibson SG.) Fender’s sunburst tone has been popular among guitar heroes the world over, including Stevie Ray Vaughan. Heritage notes that price guides list this one at $25,000. Our guess is that it’ll go for more, because you hardly ever see these come up for auction in this condition.

Guitar enthusiasts pick archtops for their fence-straddling tone-age: Played on some pickups, and the guitar will sound like a dirty electric, while on others it’ll whisper like a plugged-in acoustic (you often see jazz artists using archtops for this purpose). Anything from the ’50s that has the Gibson brand name on it—and is authentic—is la-la land territory for guitarists. And this one, which had dual, heavier-tone-inducing humbucker pickups added later, is about as sweet as you can get. Pre-auction estimate: $14,000

If this piece looks familiar, it’s the same model recently turned 90-year-old Chuck Berry made famous (and which Michael J. Fox’s Marty McFly used to mimic him in Back to the Future). It’s about as rock-and-roll as you can get. Heck, even blues-master B.B. King used one before he married Lucille. According to Heritage, it’s the best example they’ve ever seen, and at a projected $15,000, it could be your own “[Insert Significant Other’s Name]” in no time.

To browse the rest of the lots, click here.