More women in the music industry is the only way to counter all those abusive men.

Ban him! Strip him of his record deal! Cancel his concerts!

We are talking, of course, about alt-billy singer/songwriter/sinner Ryan Adams, who is facing allegations of abusive behavior towards women and sexting underage fans.

Take his records off the radio! Rip his albums out of the racks! Burn his posters! Eradicate any memory of his tousled, careless hairdo!

This kind of outrage makes us feel better about ourselves and provides a high-impact workout for our self-righteous pointing-finger.

But it does not actually change a thing.

It shames, without making any alteration to the culture that shaped Adams and allowed his bullsh*t to flow. It is PC materialism. It allows us to feel pride in our outrage, without asking us to actually do anything, make any effort, or make any sacrifices.

Listen, friend: If you want to make a list and engage in a campaign to convince every label, every booking agency, every streaming service, and every venue to blackball and censor every recording artist who has sung about women under 18 in a sexual manner or who has engaged in a sexualized way with an underage woman, go ahead, be my guest. Go right ahead.

When you examine the length and inclusivity of that list, my guess is that it would include well over fifty percent of the artists who have made pop music since the formal music industry began, after the Civil War. It would include artists you listened to today, someone you passionately advocated this week.

However if you made this list — if you made even a fraction of that list — it would help you see why bowdlerization, boycotting, protest, and shame is not going to do the trick.

On top of that, we have a Hammer of the Gods-scented rock legacy that celebrates the concubine-ism of the underage female. Rock culture has consistently lauded the swaying, wobbly, Pan-like rockstar and his underage consort. It’s rock’s great in-joke: She was just seventeen, y’know what I mean! This leering couplet was —is —so commonplace that it was literally the first words that ever appeared on a Beatles album.

These dual factors – pop and rock’s continual celebration of underage female sexuality, and our willingness to blithely accept that many pop and rock songs are written by emotionally immature men — made lyrics like that famous Beatles line beyond routine. Listen, is there really all that much difference between Ryan Adams sexting and Aerosmith howling (in “Walk This Way”) about a schoolgirl sweetie with a little skirt climbin’ way up the knee?

So, do we just ban it all? The Ryan Adams story has led to a lot of clamor about identifying, shaming, outing, annotating, and excising this long-standing error, the immature and offensive original sex-sin of rock. Once upon a time we went, “Wow, good for Jimmy Page! Good for Steven Tyler! Good for Don Henley. Nudge-nudge, wink-wink!” Now, we are supposed to change that to, “Tsk-tsk-tsk, shame-on-you!”

But Redaction and bowdlerizing, never works, and it will not work here.

First and foremost, Ryan Adams and R. Kelly are accused of doing acts that abusers do because they lack fear of reprisals. Abusers cannot visualize their victims ever hurting them, and lack the empathy to imagine the same treatment of their mothers, sisters, wives and daughters.

I contend that Ryan Adams, if he committed such acts, would have acted differently if he thought, “Next time I walk into a recording studio, a woman engineer is going to be in charge of tweaking my vocal EQ.” Or “the Next time I deal with my label, a woman President is going to decide if my album gets prioritized or not.” Or “the next time I want to go on tour, the woman who runs my booking agency will determine whether I get the venues I want and the support act I need.” Or “the next time I release a record, it might be reviewed by a woman just like one of those I treated like crap.”

Because this is the only way to prevent the hyper-sexualization of under-age women in the music business, and the absolutely endemic inequality across all levels of music business employment: Make an artist feel that the underage girl they sext (or sing lustily about) today may be their equal or superior tomorrow. 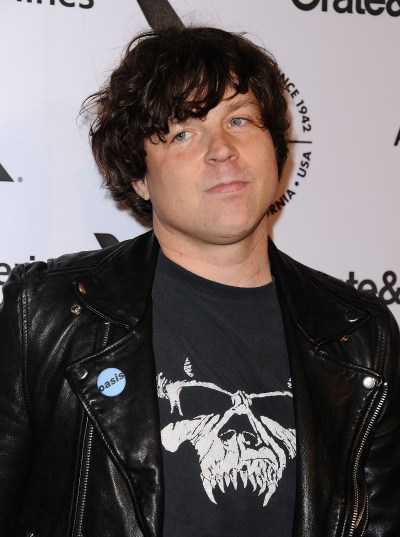 Towards that end, there must be aggressive affirmative action across every level and strata of the music business. There must be an industry-wide action, from the person running the soundboard at a quasi-legal venue in Bushwick to the President of the largest booking agency, to create sexual equality in employment and opportunity in the music business.

Only when an asshole musician thinks twice about whose daughter they could be sexting can this thing actually change. When someone like Ryan Adams stands onstage at a club, looks left, and sees a woman running the monitors, they might actually think twice about how they behave.

This is what we must do:

Every recording engineer or live sound engineer: Hire a female assistant or apprentice.

Every record label, large or small, and every music publisher: Make your employee roster fifty percent male/female, NOT including your traditional female-ghetto, the publicity department.

Publishers (and this is a big one): On every pop or Nashville hit sung by a woman, the team of writers must be at least fifty percent female. In fact, work towards making half of your active publishing roster women writers.

Every band with the slightest bit of a power: Find a woman producer. You know what makes a good record producer? The best producers are the best listeners, the most opinionated and knowledgeable fans, and the primo non-sycophantic music geeks. Women can have these qualities every bit as much as men! If you are a women-led band, you have zero excuse for not hiring a woman producer. Don’t discuss it. Insist on it.

If you are a musician: Review your lyrics about teen lust. Yes, you feel this stuff, just as you did in 10th grade; but the community of music should aspire to more. Have you truly not grown as a human, as a lyricist, as an artist, since you got your first chubby while looking at some girl in social studies class?

Journalists: Write about female-inclusive acts fifty percent of the time.

Real Clear Life, Rock and Roll Globe, Big Takeover, and every other music site who have been kind enough to run my screechy, pretentious nonsense: Find more women writers. Find someone who loves music and hates those who abuse the privilege of being able to make it.

And what about you? You do not necessarily run a record company, a recording studio, or a website. What can you do?

Going to your Spotify library and deleting every artist who has sung about wanting to feel up a 16-year-old (or who has actually done so) will not accomplish a thing.

Seek out artists that reveal a different narrative. Seek out artists who actively display and promote the contribution women can make to music, and who do not sing songs that revert to the lyrical model we have grown far too accustomed to (a variation of the dreamy and lusty things virgin boys wrote in the margins of their notebook in 10th grade).

Heck, start with recognizing the Mekons as the Bodhisattvas of Music that they are. Then seek out these more recent acts: Descartes a Kant; ГШ; Immersion; Nytt Land; Heilung; Caterina Barbieri; Anna Von Hausswolf. All of theses acts prominently feature women, and all of them impart a different narrative, far away from the immature high school scrawls that make up the vast bulk of rock, pop, R&B, and rap myth.

And shut the eff up with all the bans and the outrage. That just makes shame go underground; it does not stop the source of the action.

The only solution here is equality. And equality requires affirmative action.

Affirmative action is not easy. I won’t pretend it is. It may involve promoting a candidate for a job who on the surface may appear to be less qualified than another candidate, because of a lack of experience. This is about getting that experience.

Achieving this equality is the only way to change the story. The next Ryan Adams must know that the next recording engineer/monitor mixer/reviewer/agency head/company president he encounters may be a woman.

Sexual parity is the best way to fight idiocy and a culture that has long celebrated immaturity and exploitation.