What Does Werner Herzog Think About Trader Joe’s, Texas and Meteors?

We asked the director about all these things

In 1954, a woman was hit by a grapefruit-sized meteorite while napping on the couch. Known today as the Sylacauga meteorite, this asteroid flew in through the ozone layer, through the Alabama sky and hit Ann Elizabeth Fowler Hodges in her farmhouse. She was bruised on her torso but survived to become the subject of much publicity.

This story and more is featured in Werner Herzog’s latest documentary, Fireball: Visitors From Darker Worlds, a far-reaching portrait of the fascinating world of meteorites premiering Friday on Apple TV+ Considering that this cosmic dust falls on the planet every day, the film, co-directed by Herzog and scientist Clive Oppenheimer, helps us better understand the phenomenon of meteorites, from their history to how we track them today to their cultural significance.

The duo traveled to over 10 countries, from Saudi Arabia to India and Australia, visiting places where fireballs and massive meteors have fallen — like the Chicxulub crater, the largest asteroid ever known to hit the earth in Chicxulub Puerto, Mexico. They interviewed countless experts on meteors, from geochemist Nita Sahai to Cambridge University’s Simon Schaffer and even the Planetary Defense Coordination Office at NASA, which protects the earth from incoming asteroids with giant telescopes at the SJ Pan-STARRS Observatory in Haleakalā, Hawaii.

It isn’t all science, however, as it taps into the poetic beauty of meteors and their symbolic meaning, as with a tribe on Murray Island off the coast of Papua New Guinea, where locals have a traditional fireball dance.

Herzog, director of films like Fitzcarraldo, Grizzly Man and Aguirre: The Wrath of God, spoke to InsideHook from his home in Los Angeles about traveling to Antarctica, his new role in The Mandalorian and why he reads Greek mythology.

InsideHook: Obvious question: At what point did you decide to make a film about meteorites?

Werner Herzog: Clive Oppenheimer brought up the idea to me and I thought, yeah, we should do that. We did a film before, my 2016 film Into the Inferno. He’s a volcanologist at Cambridge University. But even before that, in 2006, we made a film together in Antarctica, when it was -35 degrees. I met him at the top of a volcano, high up, 4,000 meters high, a boiling volcano up there. I made a fleeting remark, “Oh, we should make films together.” A few years later, he said “We should do something.”

Antarctica looked incredible, what was the greatest takeaway of being there?

I think the film shows it with the polar plot where there are no longer mountains anymore. And the layers of three or four kilometers of ice. You’re standing on thick ice. You can walk for the next 5,000 km [over 3,000 miles] without ever meeting a human being. Also, while you’re there, you know for the next five months, the day will last because the sun doesn’t go down. Then, there’s darkness for five months, a continual night. The experience was like looking into an incredible amount of space, you can’t even fathom it. It sinks in that the day lasts for five months.

For the amount of traveling you did for this film, what stood out, while shooting?

I’ve been around the world a lot for previous films, and I don’t like to travel incessantly. That thing where you land in a different time zone, you are pushed into a different culture. It isn’t healthy, but it had to be done for the film. Meteorites came down at random, literally everywhere. You have to be economical about your sleep, how do you organize when to sleep, despite the time zone? Practical things. Otherwise, everything was fascinating.

When you were holding meteorites in your hand, did you feel any kind of special energy to them?

No, that’s just silly new age stuff. There is no energy. If they were radioactive, then yes, there would be energy in them. Tiny meteors that you see in the night sky are small, they’re like grains of sand.

Where is the poetry in meteorites, as you mention in the film?

When they are under microscopic view. They are beautiful when you enlarge them by 3,000 times, they’re the most beautiful sculptures you’ll ever see. But if you see a larger meteorite that enters through the atmosphere, and lands on our planet within seconds, as they come in at 40 km per second. If they lunge down on our planet, sometimes, farmers in the fields will find the meteorite and pick them up. But instantly — they’ll drop them again. Meteors are so cold, they have the coldness of the universe in them, -270 degrees. You pick them up and you drop it.

Are we in danger of meteorites striking the earth?

In principle yes, but next in the next five million years, a big one could come. But we have methods now and the film shows it, that we are observing everything else that is circling around us, like you’re in a sports stadium and there’s runners going around a racetrack. Within 450 years, we know one of the bigger asteroids are getting quite close to us. But normally, we can predict it decades ahead of time.

What surprised you about your discovery of meteorites?

What surprised me was that meteorites come from outside our solar system. They literally come from out of nowhere and hit us within minutes. as the Jesuit lay brother in the Vatican says, in the film to us, in such a case, what would you do? He says: “I would pray.” Its movies. It’s what you see in the movies and I’m quoting [1998 sci-fi film] Deep Impact. But of course, such a thing is not going to happen to us. Not in the foreseeable future.

Why don’t people know about how incoming meteors are tracked?

It’s public, and they have to sound a worldwide alarm if anything goes wrong. But we haven’t heard much about it. We are scanning the night sky every night in Hawaii for incoming meteors. It’s a healthy thing to do. For our night’s rest, it’s good to know that there are guardians out there who watch over us.

How did this film make you look at the world differently?

How can a Bavarian like yourself live in Hollywood and actually take it seriously?

I live in Los Angeles because I’m happily married. Of course, I have contacts in Hollywood, like when I do some acting for The Mandalorian, for example. But it isn’t enforced by me.

As a German, is there anything about America that you will never get used to?

Yes, but of course I’m a guest in the United States, I try to be a good guest. A guest has responsibilities. Due to that, I would never badmouth for example, Texas. I love Texas.

Do you like Trader Joe’s? I read a parody Yelp review impersonating you online.

I normally don’t go to Trader Joe’s, no. I’ve learned that you have to live in a creative way with your environment, no matter what it is. If I didn’t like the United States, I would never live there.

What book are you reading right now?

It’s a good question. I hardly ever see films, but I read a lot. I am reading a book about an ancient Greek historian named Diodorus Siculus. Nobody has really heard of him. Very fascinating guy. I’m trained in Latin and ancient Greek. It’s most fascinating to read him. As a writer, it’s pretty dull, like an encyclopedia. But there are parts of his writing about the father of Alexander the Great, which is an incredible soap opera. So, all of a sudden, in antiquity, you have a soap opera much wilder than any of the widest Brazilian soap operas. So that’s what I read, Diodorus Siculus.

What was the last film you saw in a movie theater before the pandemic happened?

It was the first three episodes of The Mandalorian. I was dragged to go because I’m an actor in it. What was remarkable about it was that there were 1,200 invited guests. Everyone came. Young kids who were known to the franchise known for running fan clubs, I’m talking about the most hardcore fans. As soon as the first credit appeared on the screen, this unbelievable excitement just rushed through the movie theatre. You could never organize that. You couldn’t pay people for that. I thought to myself: “This is big.”

It must also be insane to act in it? I was surprised you even did that role.

No, no, no. I love everything that has to do with cinema; writing, editing, directing, producing, creating music, acting. You name it. With what I do, I’m always good at it. I would never star in a romantic comedy. I’ve never been in a casting session; I’ve never competed as an actor, I’ve always been invited into it. Like in the film Jack Reacher, it was the leading actor in the film who wanted me to be in the film, Tom Cruise. The director Christopher McQuarrie wanted me in the film, too. He saw me and wanted me to play a crazy hostile father of a dysfunctional family. So, we made it happen. 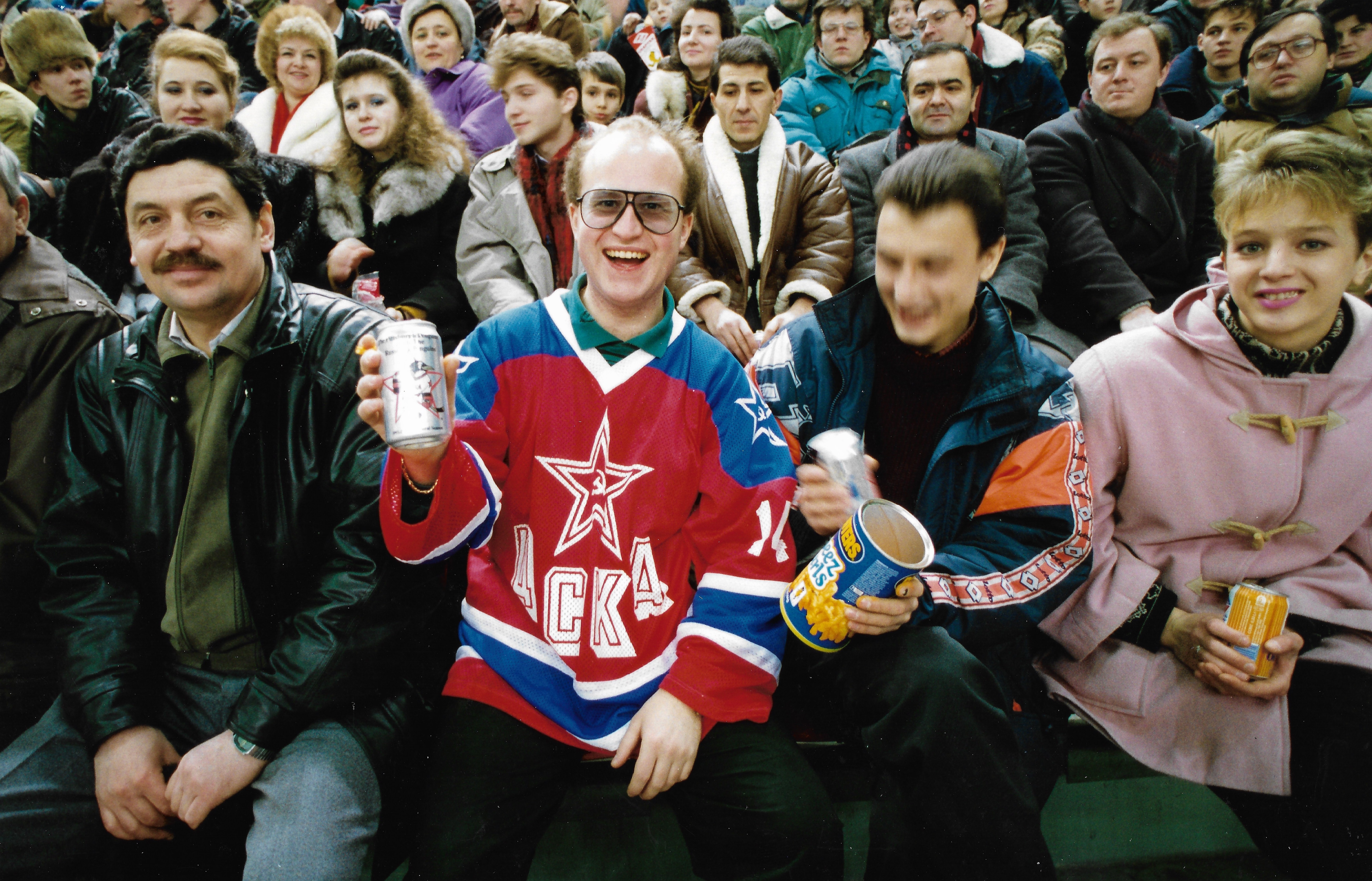 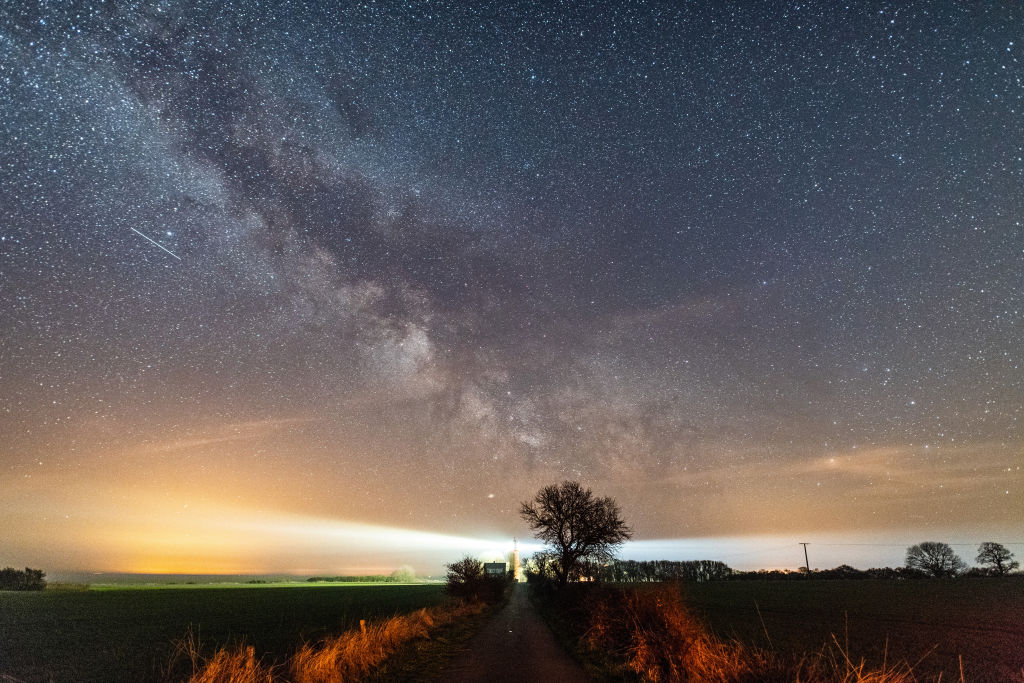 When to Look for the Lyrid Meteor Shower

A Meteorite Struck the Moon During Monday’s Lunar Eclipse