Anatomy of a Scene From ‘Manhattan Night’

Director Brian DeCubellis breaks down a tense moment in the film

Adrien Brody, photographed by his mother, Sylvia Plachy, on the set of 'Manhattan Night.' (Sylvia Plachy)
By Will Levith

Adrien Brody, photographed by his mother, Sylvia Plachy, on the set of ‘Manhattan Night.’ (Sylvia Plachy)

“This shot of Adrien Brody taken by his mother, famous photographer Sylvia Plachy, known for her work for many years at The Village Voice, captures an exciting moment of shooting Manhattan Night. It was days before Christmas, and we were shooting a chase scene near Grand Central Station. The City of New York [was] more than accommodating by allowing us to film early on a Sunday morning, so that we could have some control over the traffic [and hold] it at times for different shots. To minimize the traffic holdups, when we did this very shot, we timed it with the red light, using the walk sign’s digital countdown as preparation for when to yell ‘action’! Adrien did an amazing job of delivering a very real performance (as seen on his face here), while being focused on the scene in which he is pursuing a mysterious man—while also staying alert for safety [purposes] as he inserted himself, with all of us behind the camera, into the natural tide of New York City traffic patterns. We didn’t have much time to get all our shots that morning before the City pulled the plug, so moving quickly actually added a great energy to the finished scene.” —Brian DeCubellis, director of Manhattan Night 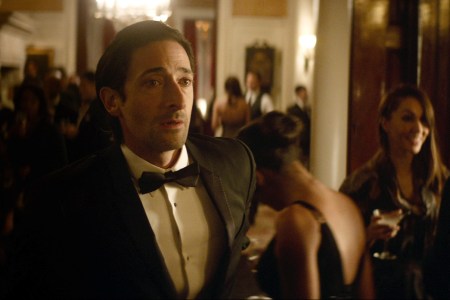 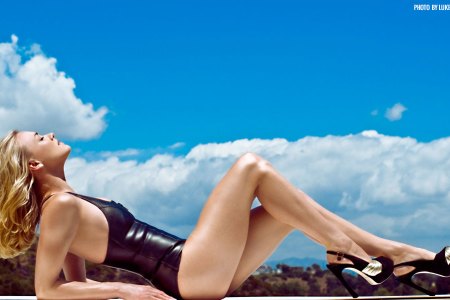