10 Madras Shirts to Get You Through the Summer

It's the fabric of the season, baby 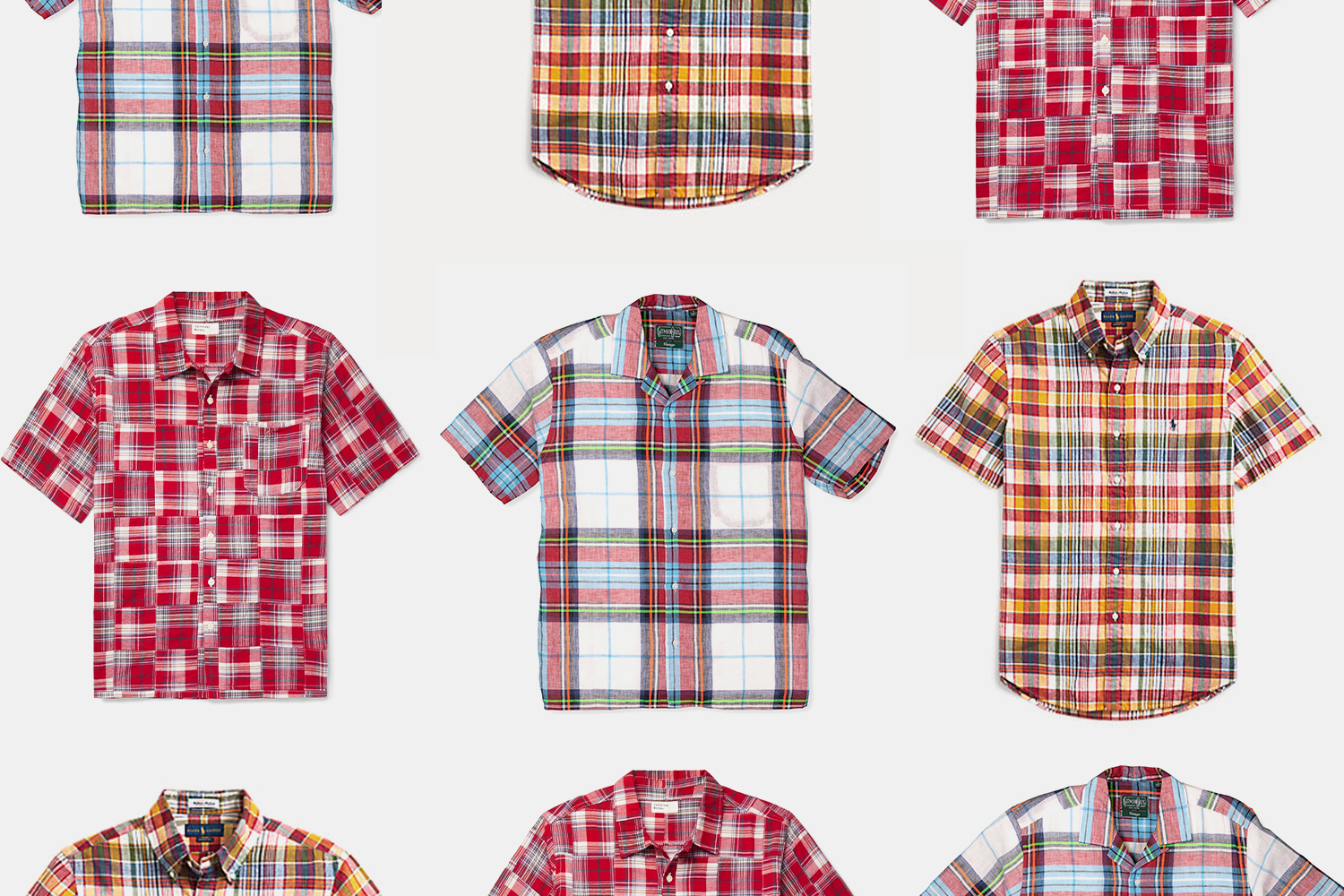 Let’s talk about madras, the plaid cloth continuously favored by preps, which further perpetuates misconceptions of the cloth as purely Americana and ignores its proper origins. The history of madras does not begin on the clipped green lawns of the Ivy Leagues but rather in Madras, India, some time around the early 1600s. It was largely regarded as belonging to the peasant class until the English East India Company arrived, and colonialism and its evils followed. Naturally, the weavers were exploited for their labor and talents, and it wasn’t long before the fabric made its way to the States and accrued a certain social capital.

All this isn’t to say that you should refrain from wearing madras (in fact its summer, you should be wearing madras), but to allow insight into its history and intricate craftsmanship as one belonging not to preppy culture, but merely co-opted by it. And there’s no denying that the fabric lends itself well to the warmer summer months — it’s lightweight, airy and festive. It even has the capability of turning the oft-looked-down-upon short sleeve button up into an enviable, cool item of clothing. Then comes the fun of lording your now vast knowledge of madras over others.

If all this talk of the fabric has piqued your interest in acquiring some for the summer, your options are ample and varied. Where you might think that if you’ve seen one madras plaid then you’ve seen them all, you’ll find yourself mistaken. Below are ten madras shirts for keeping you cool, both literally and figuratively, in the warm months ahead.

The patchwork detailing of this Universal Works shirt gives what would be an otherwise run-of-the-mill button-up a more youthful, casual feel thanks in large part to the DIY-aesthetic of the visible stitching and mismatched madras.

For those days when you feel like delving into your softer side, yet still want to get across your manly disposition, this Jachs NY short sleeve shirt is a nice muted pink. In other words, it’s not too pink, if that’s a concern of yours.

The beauty of madras being so lightweight is that you can often get away with wearing a long-sleeve shirt in the summer, with no fear of overheating. (Or you can just roll the sleeps up, of course.) This Tommy Bahama linen-blend button-up is a concoction of the perfect summer colors in the perfect summer pattern.

As far as madras goes, this Corridor shirt is about as authentic as it gets. The NYC brand worked with fabric mills in India to develop the waffle cotton mixed with yarn dye elements to create this gauzy fabric that is most reminiscent of true madras shirts. The result is the feel of a worn, soft henley only with a madras print on top, and rendered in the style of a vintage work shirt.

It’ll come as no surprise that a brand associated and practically synonymous with prep would have their own take on madras. But if you think Uncle Ralph is a little too preppy for you, we recommend taking a few pointers for how it’s styled on their site, an outfit that manages to marry the perfect blend of laidback and put-together.

We envision this madras plaid shirt in a rarely seen black pattern working as more of an overshirt of sorts. Carry it around with you on summer nights in the event of an unexpected chill, and simply layer it over whatever shirt you happen to be wearing. And as we start to make the transition to fall in just a couple of months, it will still prove to be a reliable piece of clothing.

The red, white and blues of this particular madras does lend it a more preppy vibe than some of the others mentioned, but that doesn’t mean you have to go full Ivy League prep. Pair it with a more relaxed fitting pair of pants (opt for something off-white rather than true white so as not to appear too matchy-matchy) and some sneakers. But whatever you do, don’t tuck it in.

This shirt deserves to be seen this summer. Wear it to whatever social-distanced activities you can — barbecues, picnics, walks to the grocery store. Just as long as it gets to see the light of the summer day.

There are few pairings sweeter than that of the camp collar silhouette rendered in madras. This linen shirt from Gitman Bros. Vintage marries those two elements to create the perfect summer shirt. It’s a match made in heaven.

Now this is a pink shirt, or should we say, popover. But what is summer for if not wearing vibrant, eye-catching, brightly colored shirts? All the other guys will wish they had the balls to pull it off.