Beyond the Renegade: The Useful Side of TikTok 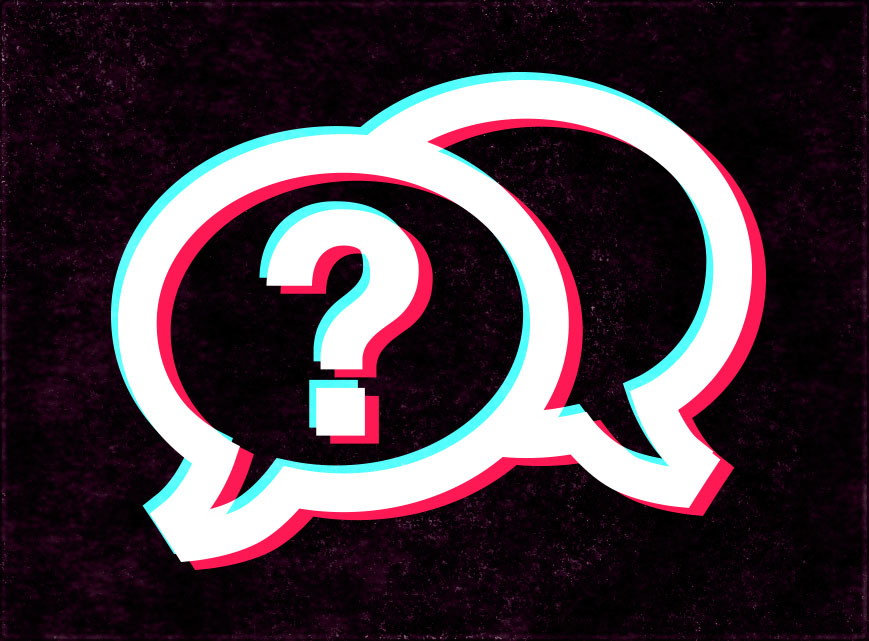 TikTok, as you’re most likely well aware, hosts a crazy amount of new content every single day. There are dances. There are challenges. There are jokes. There are even TikTok-famous teens who all live in a house and are already richer than most of us we’ll ever be. But the app has also become a platform where everything from sex education to genuinely helpful information about the democratic primaries is being shared.

Why is this happening? Well for one, the platform is currently the best way to reach young people, as they’re the age group using the app more than any other (60 percent of its users are ages 16 to 24). If you’re looking to get a message across to the largest (about 1.5 billion) and, arguably, most influential group of consumers, a short 15-second TikTok video is, at the moment, the fastest way to do that.

One such group looking to reach those people are doctors. Doctors are everywhere on TikTok. As the New York Times recently reported, medical physicians are attempting to educate the teens on sex-ed, vaping and vaccines. In their scrubs, the doctors typically employ notable TikTok video trends like floating blocks of text, popular songs and quick camera cuts. The videos are goofy (borderline corny) but personal and provide beneficial information, much unlike your typical high school sex-ed class. It’s almost like having a doctor in your back pocket, and for teens — especially young women — who don’t always have the luxury of sound sexual wellness advice, this could go a long way.

Which is sort of how TikTok doctor (and real doctor) Danielle Jones, a gynecologist in College Station, Texas, explained it to the Times. “My TikTok presence is like if you had a friend who just happens to be an OB/GYN,” she said. “It’s a good way to give information to people who need it and meet them where they are.”

Dr. Jones, who on TikTok goes by the handle @mamadoctorjones, has over 222,000 followers and around 11 million combined views. She and various other OBGYN TikTokers answer questions regarding periods, endocarditis and sex-related issues like what to do if a condom breaks, while other TikTok doctors have gone viral for debunking medical misconceptions, many related to vaccines.

Of course, as with any social-media platform, TikTok has also fallen victim to spreading some of those medical misconceptions. A few TikTok nurses recently found themselves on Twitter, where people began calling them out for terrible abstinence-based advice and being downright insensitive to patients’ concerns. The shitstorm they were forced to endure was massive, and it prompted an upsetting but insightful discussion about shitty nurses.

Related: Why Are Men Dipping Their Balls in Soy Sauce? An Investigation.

Inevitably, TikTok has also become a platform for sharing political ideas. Last month, Vox reported on some of the ways teens have been using the platform for this purpose, despite the fact that the app was designed to avoid that. In January, you could find TikToks on billionaires’ failure to address the Australian wildfires and jokes about the imminent threat of WWIII — when it comes to bad news, the platform functions as a place for people to express frustration and cope with the terrifying uncertainty of the world order.

Another recent TikTok trend involved Vice President Mike Pence and the impeachment trial. Referred to as “Mike Pence’s gay summer camp,” the meme imagines a world where Pence becomes president and members of the LGBTQ community are sent to conversion therapy camps. The TikToks mock Pence and conversion therapy, which has of course long regarded as ineffective and harmful. You can find most of these TikToks by searching the #mikepence tag, which has accumulated 6.8 million total video views.

What makes activism on TikTok different from other social-media platforms? One TikToker, whose video about New York City’s crackdown on subway fare evasion went viral, told Vox that certain areas of activist Twitter can be intense and difficult to engage with, because if you ask the wrong question, you get dragged to the moon and back. “But with a platform like TikTok, it’s way more accessible. I’m dancing. It’s a joke. It’s a lot easier to teach or to spread an idea when people are laughing.”

And while the teens are heavily influencing TikTok’s political sphere, traditional political outlets have also gained some notoriety on the app, namely The Washington Post. The Post’s TikTok account is run by video producer Dave Jorgenson and typically showcases the daily activities of Post journalists, history lessons and appearances from (former) democratic primary nominees.

The TikToks contain the perfect balance of entertainment and information, offering valuable insights without bogging down the user experience. And the Post’s account is surprisingly popular, with more than 350k followers and most videos surpassing 100k views.

He did it! #newspaper #thatssotiktok

♬ We Did It! – Dora The Explorer

But right there alongside all the medical and political content, TikTok has also become a vessel for some serious helpful and cost-effective #lifehacks.

Twitter user @the_heva posted about receiving a thousand-dollar bill from the ER and recalled seeing a TikTok that explained how asking the hospital to itemize a bill would likely lead to a reduced charge. The TikTok she was referencing was created by user @shaunaburns3 and now has 3.4 million views on Twitter alone, prompting a thread of other people to share their tricks for easing medical debt and commiserating about how fucked up our healthcare system is.

Other life hack-y TikToks include how to get $22 Lululemon leggings, pizza box tricks you’ll use depending on your pizza intake, and some grandma-approved hacks that we’ve totally seen before (you’re not that slick, granny).

All in all, TikTok has proven itself to be a top contender in the information-sharing game — now we just have to be on the lookout for Russian bots doing the Renegade Dance.