InsideHook: It has been almost a year since you took over the role of Captain Price, how has it felt to see the success of the series?

Barry Sloane: There is always a worry when you take an iconic role like Captain Price. Nostalgia is very real. We were prepared for there to be push back to this version, but I have felt honored that what I have heard a lot of support from the community. I have had fun connecting with a lot of gamers and streamers, because the story is continually evolving through them. I also like the addition of Warzone, the battle royale giving people the chance to play with other people all over the world, has brought something completely new to the game, a new energy. I am personally loving it.

How has it been to see people able to play as Captain Price in Warzone?

I have really enjoyed seeing the cinematic scenes for Price as they came about in the campaign, but there is something different about getting to move yourself around within the game. I have to say I am really pleased with the way he looks. Of course, he is the only operator I use when I play. Especially since I played the game when I was young, and have that connection, really feels surreal. I play multiplayer under an alias, but I can confirm there are a lot of people who have been killed, and killed the real Captain Price.

What do you think about that finishing move, where he ends someone while smoking a cigar?

I personally believe that he has the best finishing move, knowing I could be a little biased here. I love the idea that he is running around with a cigar in his mouth on a battlefield. That is just awesome to picture and absolutely perfect.

So take me back a little bit. You were a fan of the game when you were younger. Did you have any idea that you were auditioning for the character when you went into the room?

The casting process was very hush. Call of Duty landed in my email under the project name Behemoth, and the character had a different title. I knew I was going in for a British solider, but I had no idea it was going to be for Modern Warfare. As we got closer to the day, they sent me the address to drive to, and it was Infinity Ward. Of course you can do a little research online, and find out what games they make. But the concept that it could be Captain Price, didn’t even come into my mind.

How did the audition play out?

From the beginning of the audition I did a Scouse accent, because I don’t believe there are enough Scouse-speaking heroes. I went through the lines yelling, screaming and bashing the table in. I guess it went well enough, because towards the end of the meeting they gave me the famous Bravo Six line. They wanted to hear what it sounded like coming out of my mouth. That is the moment I realized it was Captain Price, and started to understand what I was in for.

Once you got the role, what did you do to research?

I was lucky that there was leeway given to me by the creative team, lead by Brian Bloom, to imagine how my Captain Price was going to feel. Once they gave me the gig, I started to really dig down into the past clips, and the audio bites of Billy Murray doing the earlier iteration. I didn’t look at the way the character moved in the previous games, because that was all animation, but I took the voice and went from there. I went back and played all the old versions and seasons of the game. It was tough work, but someone has to do it, and I’m glad it was me.

How did you land on that voice?

The voice is really heard throughout the game experience, and in Warzone, so it was important that I got it right. I have a Liverpool accent, and my normal speaking voice is a touch higher, so I knew I was going to have to find the Captain Price sound in my chest. I wanted him to have that original tone though. I knew he needed to sound like he had smoked through 18,000 cigars and had 18,000 glasses of whisky. On top of that the sound of someone who had breathed in war and everything that comes with it. He had to have that confidence that comes with experience and priceless knowledge.

This was the first time the person playing Captain Price had been motion captured, so your performance was really going to be complete. How did you land on the movement of him?

I was lucky that I came into the gig with two and a half years of experience working with guys from the special forces, from doing my role in Six on History. So it was not like I came in with no understanding of how these soldiers operate. Not to mention we had another group of awesome military advisors who were there for the capture experience. There is a calm and an ease that comes from a Tier 1 operator in situations of intense stress. The tactical movements are essential of course, but I really wanted to convey that ease throughout the performance.

How did it feel to get suited up as the character when it came time to shoot the scenes?

One of the big ones was the first appearance I did as Captain Price, with the cigar and saying the “Bravo Six, Going Dark” line. That was actually a scene that they asked me to do at the end of my audition. That one made it feel real. Later on, they made the decision that Captain Price was going to be the cover of the game for the upcoming season, which hadn’t happened before. I was getting all of the gear on, talking to Joel Emslie, who has been there for awhile and actually helped create the look of Price. There was a moment that he stopped talking, and then just admitted how crazy it was to be talking to Captain Price in real life. That felt pretty good. 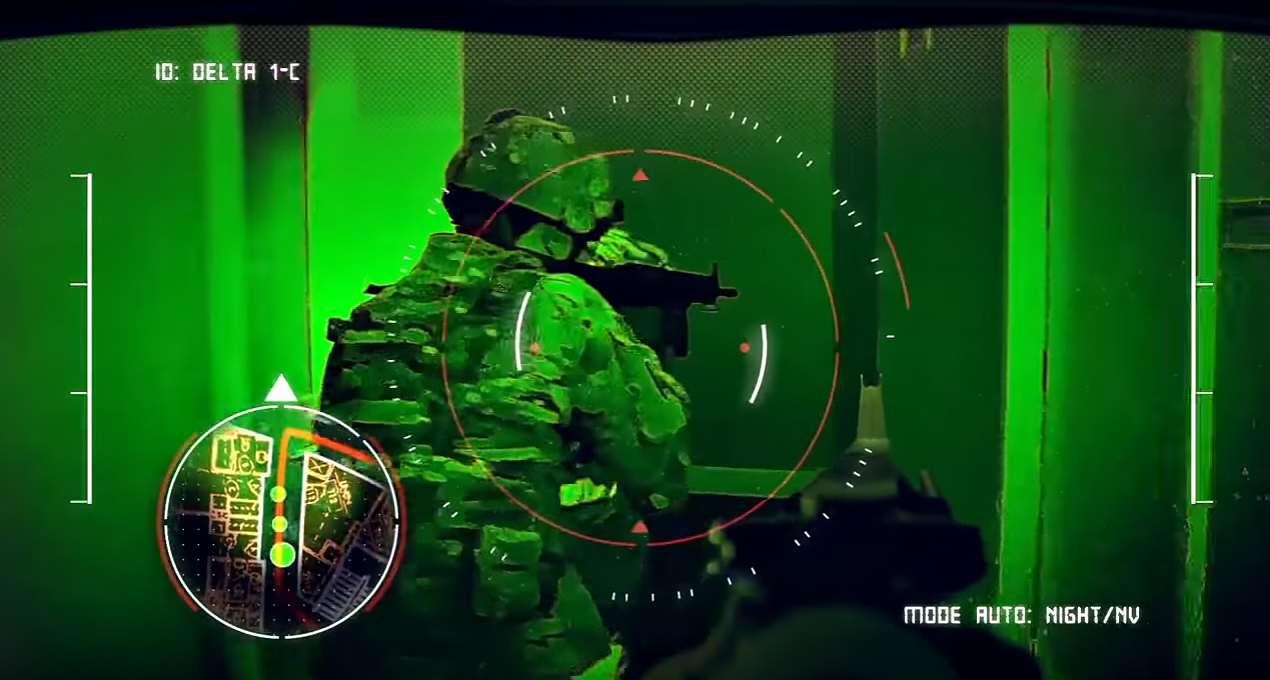 Did you have anything else that you were hoping to bring the character?

I will say one of the things you really see come through from these operators is their gallows humor, so I wanted Captain Price to have that as well. There are some great lines in the campaign written by Bryan and the crew, I even managed to sneak in a few things. I got twat into one of the callouts in multiplayer, which my brother confirmed to me made it in while he was playing.

Let’s talk about your work on Six where you played Joe “Bear” Graves, a SEAL Team leader.

Six was one of the most powerful times of my life, and completely changed the course of my world. I feel like I have been able to deal with situations that come in my life better because of the time I spent working with those special forces guys. When the gig first came to me I met with the producers and one of the military advisors Mitch Hall, who was there to put their stamp of approval as far as who they think could portray someone in that position. I got the green light, and was sent with the other actors to do a boot camp led by Commander Mark Divine. Funny story, about six months before I got the gig I had bought his book Eight Weeks To SEAL Fit. I didn’t really have time to dig into the programs like I wanted, and always wanted to have that opportunity. Be careful what you wish for, because cut to Mark yelling down at me asking me to do more push-ups. They unleashed hell on us for about a week. The training was relentless, it was curated and condensed, but it was designed to really slap us with a little of their reality. There was open-water swimming, surf torture and a lot of the same drills else you might experience in a Navy SEAL boot camp.

There was a bit of a full circle moment when you learned that Mitch Hall from the show was also consulting on Call Of Duty right?

I got a text from Mitch, and all he wrote was: “Captain Price?”

Now that you have played the character in the video game, would you ever consider doing a movie around the game?

I have really enjoyed being a part of the game, watching the way that it constantly evolves, which is unlike anything I have done as an actor before. But I would say if there was a way to do something of an origin story I think that would be epic as a movie. I can’t say yes just yet, because of contract negotiations, but I would be interested to hear more. As a fan, I would watch the shit out of that.