How Does a New Restaurant Survive 2020? Brooklyn’s Nûrish Might Have the Answer.

Opening up a new restaurant under normal circumstances is a challenge. Roughly 60 percent of them wind up shutting down within their first year. But opening a restaurant just four months before a pandemic swooped in and shut down all indoor dining, threatening even the most long-standing establishments? The timing couldn’t be worse.

“It’s been very challenging,” admits Elijah Bah, owner of the vegan-friendly (but not vegan, they serve sustainable meat options if you want) Nûrish café in Prospect Heights, Brooklyn. “This is the worst that can happen to a new business. We opened up in the middle of the winter, and then during the time when we’re supposed to be busy and flourishing is when the pandemic hit. So it’s like, whoa, but it does make it a lot easier for me just because everyone else is going through the same thing, so it’s not like I’m alone in this. The whole world is going through it. And so many other businesses in New York or all over the world are going through the same thing. So that does make it a little easier.”

Despite the difficulties of the COVID-19 shutdown, Nûrish remains open for takeout and delivery, and against all odds, Bah, 32, has been able to foster a community of devoted regulars in the short time he’s been open for business on Washington Avenue. That’s due to a number of factors, including that he remains a constant presence in the restaurant — working the espresso machine, chatting up customers — but ultimately what keeps people coming back is the food.

Bah, who grew up in the West African nation of Guinea before moving to the Bronx at the age of 14 and eventually settling in Brooklyn, has put together a nutritious, veggie-forward menu that omnivores will also love. Since he opened during the winter months, the warm grain bowls have been his best-sellers, but the restaurant also features salads, sandwiches, wraps, smoothies, breakfast platters — and surprisingly great coffee. Bah drew inspiration from the healthy restaurants he worked in as a teen, but says it was important for him to be well-rounded.

“Since high school, all of the places I was blessed enough to work in were predominantly vegetarian places, vegan-friendly, try to support locally. So that’s all I knew,” he says. “I’ve always wanted to do great coffee and great food options as well, and most places, whoever does one thing better lacks in the other item. Like you could walk into a vegan place that makes amazing vegan food or good food, but their coffee won’t taste as good as the food, or you walk into a great coffee shop, but less food or no food at all. So I said to myself, ‘Hey, I’m going to do everything.’ You know, the best it can be. And here on Washington [Ave.], there’s a lot of restaurants in this avenue, more than 20 restaurants I would say, but no one is thinking to do vegan items or predominantly vegan or just healthy items and top market. And people do appreciate that.”

Bah also pulled from his West African heritage when assembling his menu.

“I grew up eating predominantly vegetables,” he says. “Because meats are a delicacy in West Africa, not everybody could afford to eat chicken or meat. So you grew up eating greens and veggies and occasionally if there was a celebration, you may get some chicken or some meat options.”

Since he arrived in the States as a teen, Bah’s spent more than a decade in the restaurant business, but he says his dream was always to open up a place of his own.

“I’ve always just wanted a business of my own,” he says. “I think that’s the end goal for a lot of people that’s in the restaurant industry, that want to do it professionally. I do 110 percent of everything I do, or at least I try, so why not do it for myself when I get the opportunity?”

“There’s no other options,” he says. “Closing is never an option for me. So I have to make ways for this thing to work by any means, even if I have to be here by myself so I don’t have to pay anyone in order for me to keep these doors open. And I think having that attitude and that energy, whatever it is that you’re doing sometimes, it pays back. It’s been a challenge, but luckily restaurants like us, you get to at least do deliveries and pick-up, compared to the beginning. If I was a bar, I would be doomed. I would’ve definitely run out of business, but being able to do that at least it gives me a chance. When I get a customer or two customers, I’ll try to manage and find ways to get some kind of business so I can keep these doors open. It’s not easy. You take it one day at a time, you know?”

Part of what has helped keep Nûrish alive is the natural way it has been able to fit in to a neighborhood with a strong food culture while filling a certain void. “Predominantly my customers, they will cry for good climate, eating locally, organically, grass-fed, care for the underserved and the underdog,” Bah says. “So my customers are very nice, and I’m a nice person, so it’s like an organic trade. People don’t just enjoy the food here and what do we do, but they appreciate it. And even if you were to look at the reviews, the reviews would say, ‘hey, we appreciate you guys doing this. Something like this was missing in this neighborhood.’ So it’s a very easy transaction.” 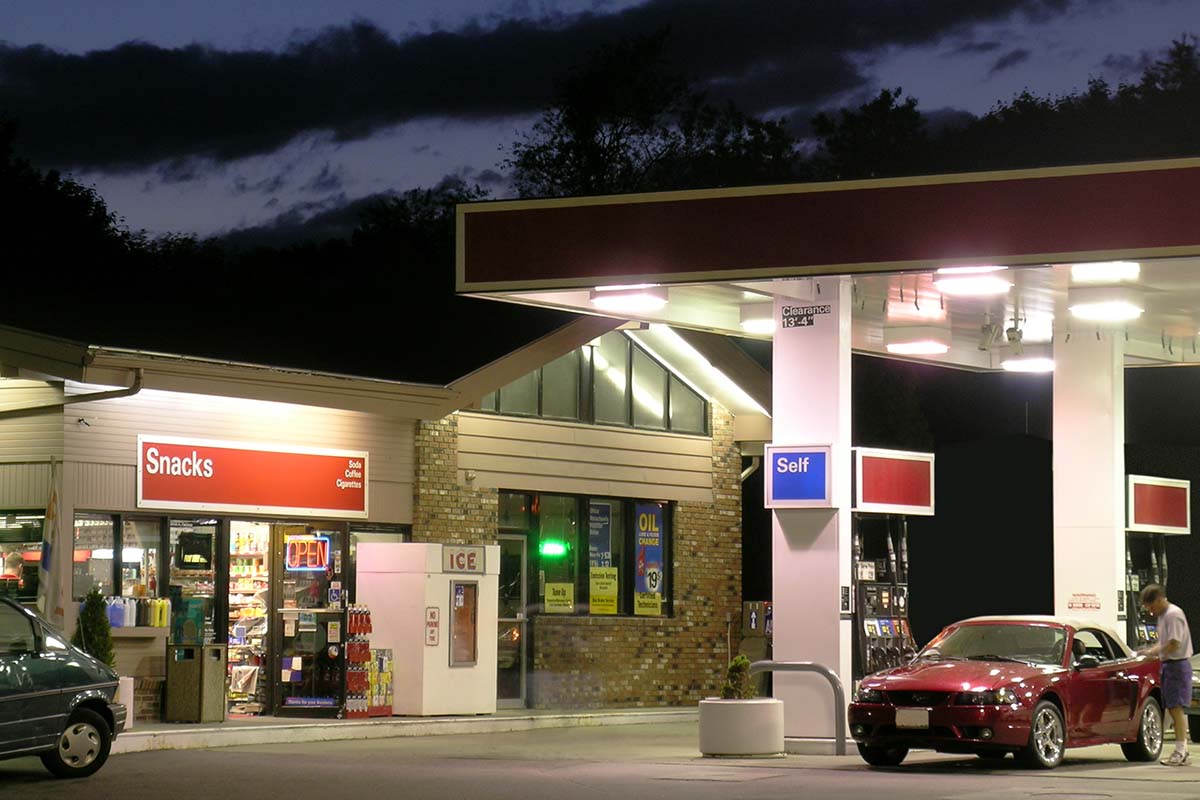 7 Healthy Foods You Can Actually Buy at a Gas Station 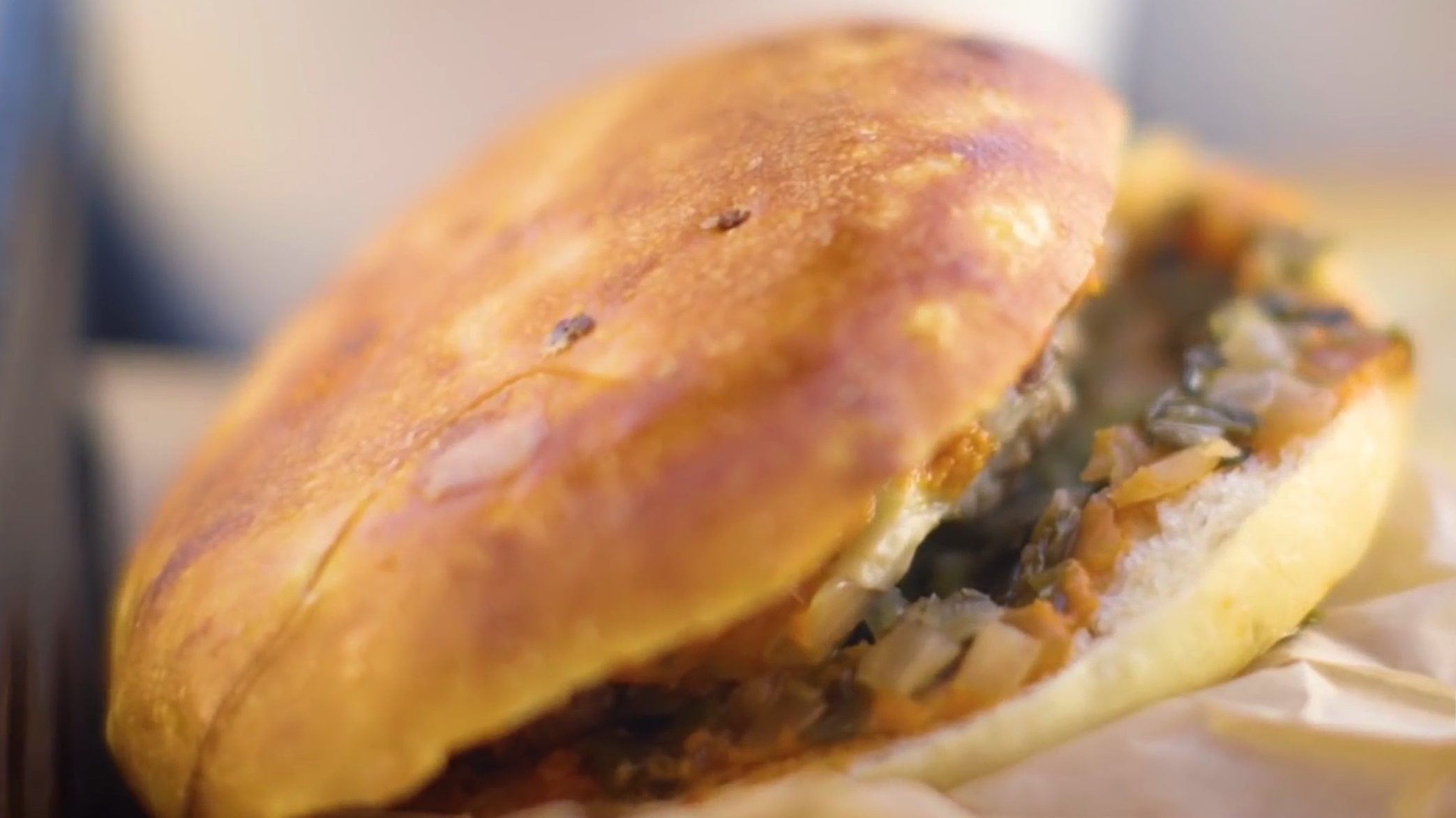 That sense of community is huge for Bah, and he’s been touched by the ways his loyal customers have reached out to help during these challenging times.

“We’ve had customers during the pandemic direct message us on Instagram and write about loans that are being given out to small businesses,” he says. “That’s something no one has to do, but just because people see what we do and they like it and are part of the community, they’re part of our community and they want to help. I was introduced to World Central Kitchen also by one of my customers. And that was great, because during the peak of the pandemic, they were able to have us do meals for healthcare workers at nearby hospitals. So that’s just from someone that walks in here, fell in love with the staff, fell in love with the food and said, ‘hey, there’s an opportunity here. Business is bad right now, you should take advantage of this.’ And that was great. It did help a lot.”

Money is tight for everyone these days, and Nûrish also seeks to eliminate the notion that eating healthy, nutritious food is a luxury; it’s a no-frills spot, and Bah says it’s important for him to keep prices affordable so that it’s accessible to everyone.

“It’s simplicity, to be honest,” he says. “Because I am young, a simple guy, not sophisticated at all. I figure things as I go. Sometimes you walk into a business and see the owners and it’s like, ‘Oh my God,’ the owner gets special treatment, but this is I’m a very simple person, a very simple menu. . Very fresh everything we do here — I season it with a little bit of salt and pepper, olive oil, put it in the oven and cook it. It’s a very simple menu for people eating healthy or showing people that, hey, eating healthy, even though it seems too complicated and expensive for others or ‘where do I get this?’ or there’s not a lot of options, it’s very simple. A lot of restaurant owners could offer what we offer or put more veggies on their plate than other stuff, and it will probably be cheaper or even less work than what it is that they already doing. That’s what I would like to put out there — a simple menu, and it’s good for you, good for the environment, good for Mother Nature.”

Nûrish is located at 637 Washington Ave in Brooklyn. For hours and more information, click here.