Locol's 'cheeseburg,' a healthy cheeseburger alternative with a patty comprised of 30% cooked grains and tofu, inside a Koji-leavened bun (Screengrab)
By Matthew Reitman 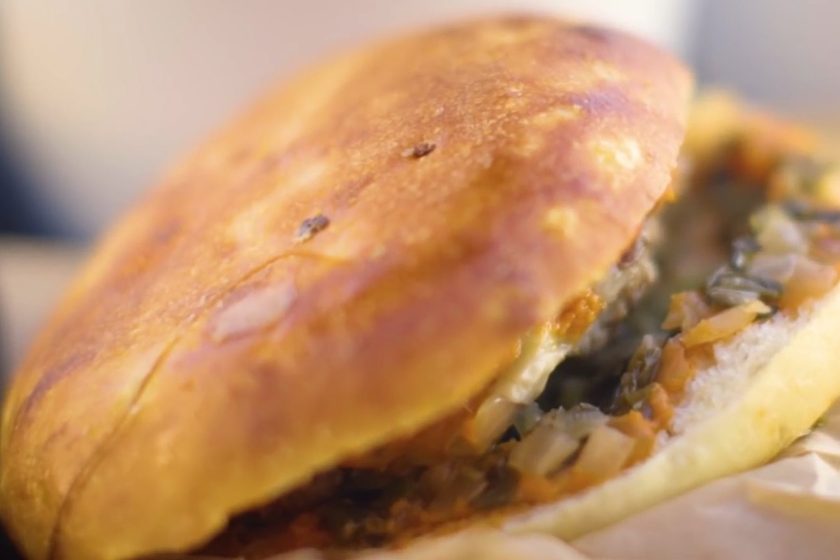 Locol’s ‘cheeseburg,’ a healthy cheeseburger alternative with a patty comprised of 30% cooked grains and tofu, inside a Koji-leavened bun (Screengrab)

The concept is simple but radical: bring better quality, affordable food to underserved neighborhoods. This is the mission behind Locol, a new chain of restaurants spearheaded by Roy Choi, the Korean-American chef who sparked the food truck craze.

Choi is partnering with fellow chef Daniel Patterson to kick off his altruistically inclined idea for people in areas like South Central Los Angeles, where there aren’t many options for food outside of fast food and convenience stores. That’s what’s known as a “food desert,” and Locol has declared war on the concept.

Choi, owner of Kogi, and Patterson, the chef behind the Michelin-starred Coi, are hoping more chefs will follow in their footsteps and try to do good on the culinary level. The idea began with a pitch (which you can watch in the video below) from Choi to restauranteurs at the TED-like symposium called MAD back in 2013. The chef proposed that for every high-end restaurant an audience member opened, they put another one in a low-income neighborhood at a price-point the local population could afford.

“With its burgers and fried chicken sandwiches, Locol is recognizably a fast-food restaurant, despite the absence of counter-service standards like soda and French fries. But the greasy paper wrapper of the Locol ‘cheeseburg’ is deceptive. The patty is not all beef, as other chains may proudly advertise: Thirty percent of it is composed of cooked grains and tofu. It’s served on a whole-grain bun leavened with koji, the fermentation culture used to make sake, soy sauce, and miso, which is designed to reproduce the soft texture of white bread without sacrificing nutritional density. The dishes served are punctuated with various Korean and Mexican touches, like breakfast sandwiches loaded with carnitas, or a noodle bowl flavored with ginger and lime.”

It’s not every day that you’ll find Mexican breakfast sandwiches on the same menu as a Korean bowl. It’s even rarer to find a restaurant that prioritizes a healthy version of quintessential “fast food” options. Explore Choi’s revolutionary idea and the story of Locol on Eater, here. Before you do, watch the video below to get a visual “taste” of the eatery.