The Mediterranean Is the World’s Most Underrated Gin Region

We know you think about James Bond when drinking a Martini or Rome when you've got a Negroni, but that can change 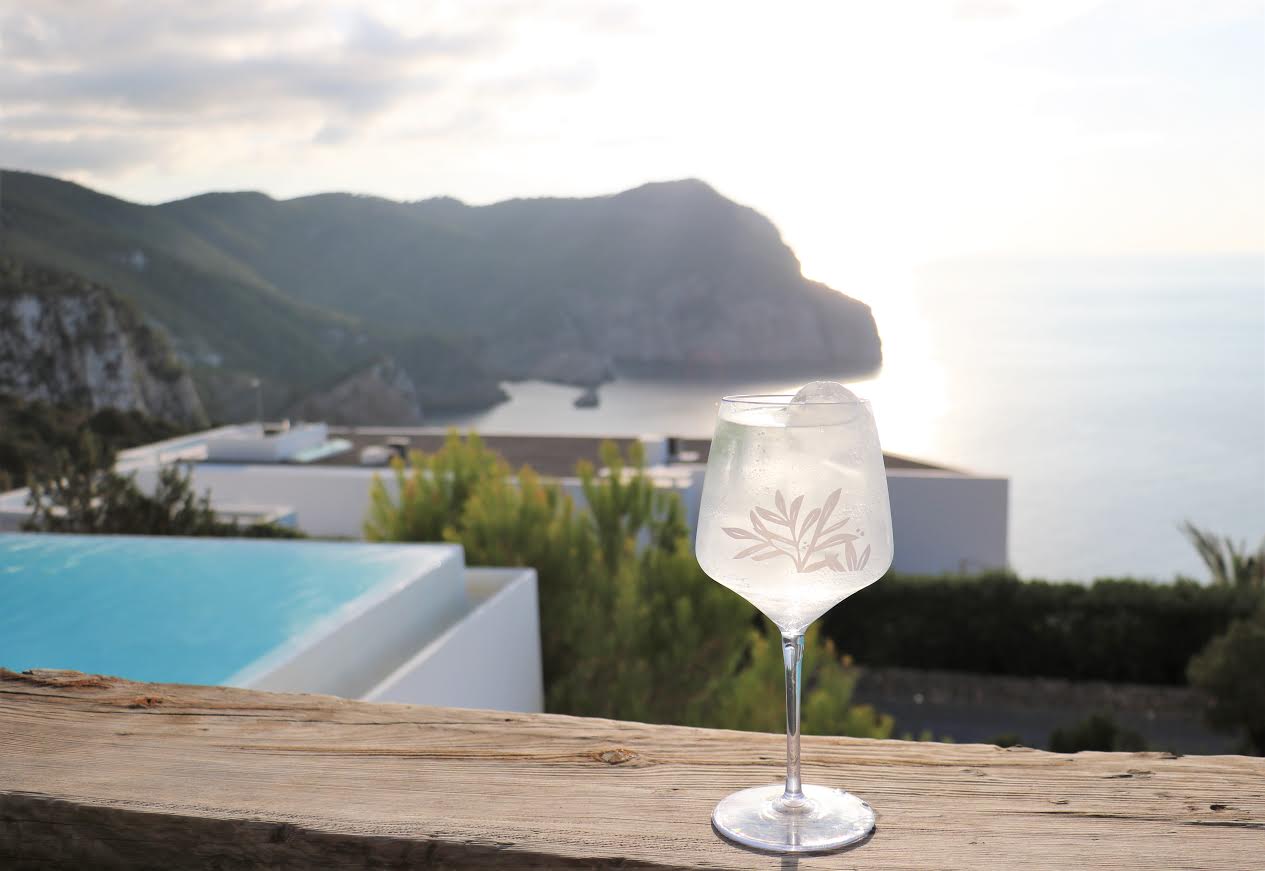 “What is the Mediterranean? Sea, sunshine, gastronomy, the lifestyle,” says Filippo Tadei, a guide leading a tour of the Gin Mare distillery located about 45 minutes south of Barcelona in the fishing village of Vilanova. The sun is shining on a perfect late summer day, light streaming through stained glass windows into the 13th Century chapel turned stillhouse that serves as the brand’s home. The copper pot still Gin Mare first used is housed here on the grounds of the much larger Destilerías MG, an international spirits producer which has scaled up the gin’s production substantially in the past decade, and visitors are sipping on goblet-poured gin tonics at 11 in the morning as the tour commences. “It’s to try to enjoy all of the moments in life and what you’re doing. These are the pillars of the brand — the sense of escape.”

It doesn’t take much to get into a Mediterranean state of mind when you’re enjoying a Gin Mare & tonic or Gin Mare Martini, using a booze brand purpose-built to achieve that end goal. It’s a lifestyle, and a vibe, the word the indefatigable Jesus Ramirez — strategy manager for the brand in the U.S., life of every party, and de facto mayor of the Ibiza social scene — uses to describe just about every good thing in life. Enjoying a gin tonic from your villa’s infinity pool overlooking impossibly blue waters and stunning island coves, a vibrant orange and pink hued sunset stretching to the horizon? Vibes.

Mediterranean gins do more than project a lifestyle though.

“This gin puts the Mediterranean in a bottle,” Tadei claims. It might sound like ad copy, but he isn’t wrong. Instead of offering the typical juniper-forward profile of a London dry gin, Gin Mare interjects the flavors you know and love from the region’s cuisine into its spirit. Think savory Arbequina olives, sweet basil, rosemary and thyme as the chief botanicals. They’re backed up by bitter Valencia and sweet Seville orange, as well as lemon and a more typical trio of juniper, cardamom and coriander. With those ingredients you’re just as likely to be sitting at a chef’s counter at the latest swanky Barcelona tapas joint as you are to be sipping on a Negroni.

Gin Mare distills each botanical individually before the final product is blended together. That keeps every individual flavor point as clear and concentrated as possible. A sip of the olive distillate, for instance, is as pure an expression of its actual flavors as the most perfect eau-de-vie from Austria or Germany is of the fruit its made from, whether raspberries, apricots, or pears. Each ingredient is also distilled only in its season, capturing its essence at its freshest. The end result is a gin that’s pleasant enough to be sipped on simply on the rocks perhaps with a strip of grapefruit peel, or deployed in any of gin’s staple drinks.

On the latter point, Gin Mare has become a favorite in the bar community as well. Its distinctive profile enables an entirely fresh approach to even tried and true cocktails. The brand annually hosts its Mediterranean Inspirations cocktail competition, bringing competitors to that aforementioned idyllic Ibiza villa to unveil their latest and most inventive libations. Bartenders from around the world interpret the gin’s Mediterranean ethos in different and creative ways, pairing cocktails with food and connecting the product to the flavors and concepts that ring true to them, whether hailing from Sydney or Beijing.

“A lot about the Mediterranean is sharing — and this is what we’re all about,” co-owner Alfonso Morodo says. As he does so, he sweeps his hand about Ibiza’s otherworldly environs, with the competition unfolding beside him,  beautiful, bikini-clad spectators taking in the festivities, and the steady bass of an EDM track thumping away from the stereo system. Snap your fingers and mix yourself up a drink; this is what you can conjure up with a Mediterranean gin.

“And remember always, this is just 10 percent of what you deserve,” Ramirez says.

Gin Mare’s flavor profile of olives, rosemary, basil, and thyme makes it a leading contender in the world of Mediterranean gin. It’s certainly not your only choice though. Here are five other selections to try.

Hailing from Torino Distillati in Italy, Malfy brings the country’s citrus to life in its gin. Malfy Con Limone is the brand’s most well known offering, highlighting lemons from the Amalfi Coast. Its Gin Rosa showcases Sicilian pink grapefruit alongside Italian rhubarb, while Con Arancia focuses on Sicilian blood orange.

Gin Eva is styled as a London dry gin but one made with local ingredients sourced from its home on the Spanish island of Mallorca. The juniper is from the island and local citrus fruits are also used. The brand’s most exciting offerings are its special editions, such as La Mallorquina, using the namesake Mallorcan olive variety, and Artisan Bergamot, using bergamot citrus sourced from Valencia.

Made by the Avantes Distillery in Chalkida, Greece, the gin draws from the country’s land and sea for its inspiration. Flavors such as critamos – also known as rock samphire or sea fennel – grows alongside its rocky beaches, and schinos – the plant that the Greek Mastika liqueur is made from – is featured prominently, along with pink pepper and myrtle, all of which easily bring a Greek getaway to mind.

O’ndina is a new entrant from Campari. The gin is designed to call to mind the spirit of the Italian Riviera circa the 1960s and gets the job done with a selection of 19 Italian botanicals, such as Ligurian basil. The gin was launched in the UK in 2018, though there’s talk of the brand expanding across Europe and potentially to the U.S. as well.

When the British ruled over the island of Menorca, its port of Mahón was a key naval base. The sailors, as they’re wont to do, brought with them a taste for gin. The island became such a well known and distinctive producer of the spirit that it’s actually recognized with the G.I. designation Mahón-Menorca, similarly to how Plymouth gin was once designated as a specific product of a specific place. Today, Xoringuer’s Mahón Gin is the remaining stalwart. Made from a grape distillate and flavored with an undisclosed set of local botanicals which provide an herbal, pine-forward profile, this gin is representative of the original take on combining the best of London and the Mediterranean in a single bottle.