The 7 best new restaurants that opened in NYC this month

To keep tabs on every New York restaurant and bar opening is folly. But to keep tabs on the most worthy? Yeoman’s and we’re proud to do it. Thus we present Table Stakes, a monthly rundown of the five (or so) must-know spots that have swung wide their doors in the past thirty (or so). Bon appétit.

EDEN Local
Midtown West
You’re here : It’s a non-vegan restaurant headed by a chef who himself is vegan, which translates to an emphasis on super local, ethically raised food.
You’re dining on: Fresh, house-made sourdough, for starters, followed by a ribeye, kabocha and cured wild snapper. And for lunch: the dry-aged burger.
510 West 42nd Street (map)
Website

Rice & Gold
Chinatown
You’re here because: Chef Dale Talde is taking diners on a journey around the globe in the space meal: influences include China and the Philippines, as well as Mexico, Bangladesh, Iran, Jamaica, India and more.
You’re dining on: It’s not every day you can chase lobster and scallop dumplings with a whole jerk-roasted duck. Take advantage.
50 Bowery (map)
Website 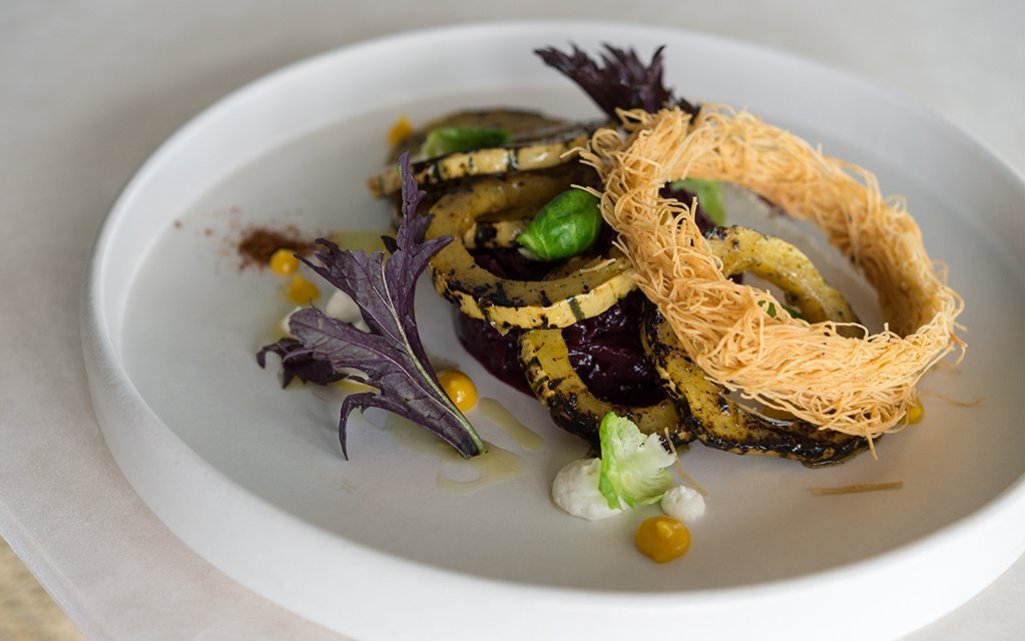 Don Angie
West Village
You’re here because: The husband-and-wife duo that brought us Quality Italian is back with a new picture-perfect hotspot. Also: carbs.
You’re dining on: Swooped-up classics like a lasagna shaped like a cinnamon bun and two-tone pasta molded into large candy shapes dressed in a brown butter sauce with persimmon, black and opal basil.
103 Greenwich Avenue (map)
Website